Football
Features
There has been much debate about whether the rule is archaic, but it provides the backbone of the English game
Simon Lillicrap
10:05, 06 Sep 2021

Only five countries around the world will not be able to legally watch Cristiano Ronaldo’s return to Manchester United live on television, when he takes to the Old Trafford turf at 3PM on Saturday afternoon. North Korea, Afghanistan, Turkmenistan, Cuba, and of course, the United Kingdom.

Despite the huge interest in the most famous footballer on the planet’s return to the club that made him a superstar, due to English football’s 3PM blackout, only the British fans lucky enough to have a ticket inside Old Trafford will be able to watch Manchester United v Newcastle live. The rest of us will have to wait until Match of the Day, or risk streaming the match illegally.

This match, more than any other in recent years, has raised the question of whether the 3PM blackout is still beneficial for both the Premier League and English football in an era where football fans are used to being able to watch almost everything live. The generation that have grown up with social media can see football highlights in an instant, and aren’t used to missing out on these sorts of games.

Of course, those of a certain generation are likely to find a stream for this game anyway, but for the Premier League themselves, this blackout is vital for the success of the competition. With the status quo, the world’s most popular league has found the perfect balance for broadcasters and fans alike to enjoy games.

We would have never truly known how important this balance was without the pandemic. Last season, we were able to watch every Premier League game in its entirety, as the staggered kick-off times meant that not a single minute of action was missed. The result? A hugely diluted product which saw fans overexposed to top-flight football. The big games didn’t feel like massive occasions and although the lack of fans in the stadiums contributed to that, there was something incredibly tiresome about being able to consume so much football from home. 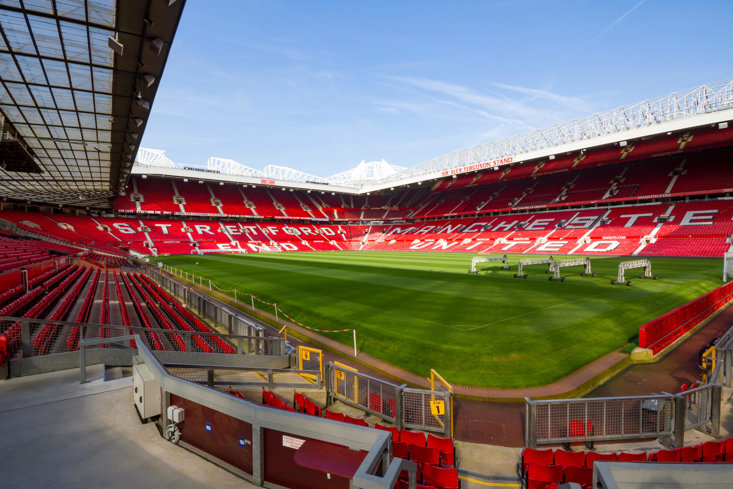 With five or six top flight games already live on TV over a regular weekend, how many more do fans at home truly need? Those attending the matches have no problem with the blackout, and the oversaturation of the Premier League is only one of the concerns when it comes to this debate. English football relies so heavily on attendances lower down the football pyramid that to do anything that may harm that would be downright irresponsible.

Understandably, fans of Crystal Palace for example, they are unlikely to head down to their non-league side if they cannot watch Palace on a Saturday, but on the other hand, If attendances at clubs like Oldham, Rochdale and Wigan drop by a couple of hundred, as fans are able to watch every game of both Manchester giants, the impact on those clubs economically would be huge.

There are those that argue that this rule is outdated, and that the fact that countries like America can watch every Premier League game they want is unfair, but protecting our game in this country must be the priority, over the needs of fans who do not even go to watch their sides. Yes, there is a huge amount of interest in Ronaldo’s return, and Manchester United could fill the stadium ten times over, but they are an exception, and his return is a complete one off.

There has been no talk of changing this rule up until last week and these television games were chosen well in advance. Every single other big game this term will be televised this season, and fans are not missing out. There are hardly any calls for Watford v Wolves or Brighton v Brentfrod to be broadcast at the same time as the Man Utd match and if they were, it would set a dangerous precedent that could lead us to empty stadiums in the future. That is something we are all desperate to avoid after the last year of soulless football.

It is also unlikely that the club themselves would push for the match to be shown live. Manchester United social media channels and app will receive more hits from fans desperate to catch a glimpse of their idol and they will be able to show a full rerun of the match at midnight, after the game has been featured on BBC’s Match of the Day.

WIth the current precarious balance of English football working so well, and the fact that every other major game will be shown on British television this season, Ronaldo’s return is one that most of us will have to stomach missing. But for the good of English football, and the long-term success of the game, the 3PM blackout must remain.