Ahead of the start of the new season, The Sportsman brings you a club-by-club guide, complete with expert opinion from former Great Britain stars Paul Sculthorpe and Adrian Morley.

Here’s the second instalment of our two-part rundown, following Thursday’s look at the first six clubs… 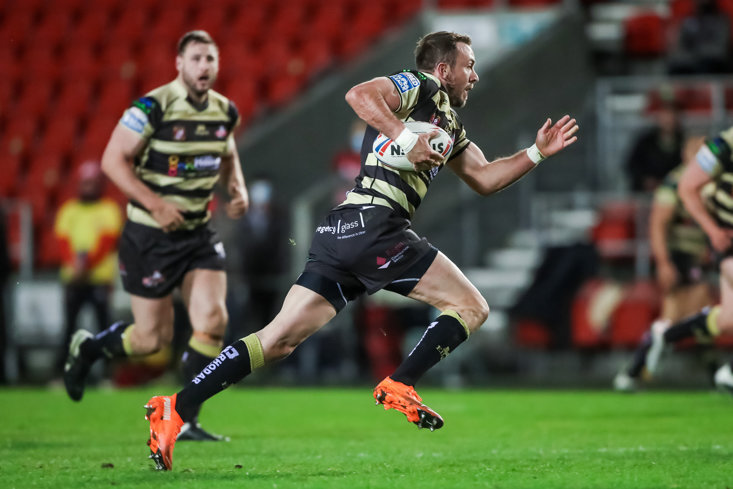 Leigh’s late admission to Super League in place of Toronto Wolfpack has left them needing to play catch-up from the off. While they have added the experience of Ben Flower, Jamie Ellis and more, there is not a lot of expectation surrounding the Centurions among neutrals ahead of 2021.

Scully’s Take: “There’s already talk of Leigh struggling for players to start the season but for me the big question is that they’ve got a lot of playmakers in that squad. Ryan Brierley’s one of them, Jamie Ellis, Blake Wallace and Joe Mellor as well, so there’s a lot of organisers but have they got the strike to convert that into points? That’s the only question.” 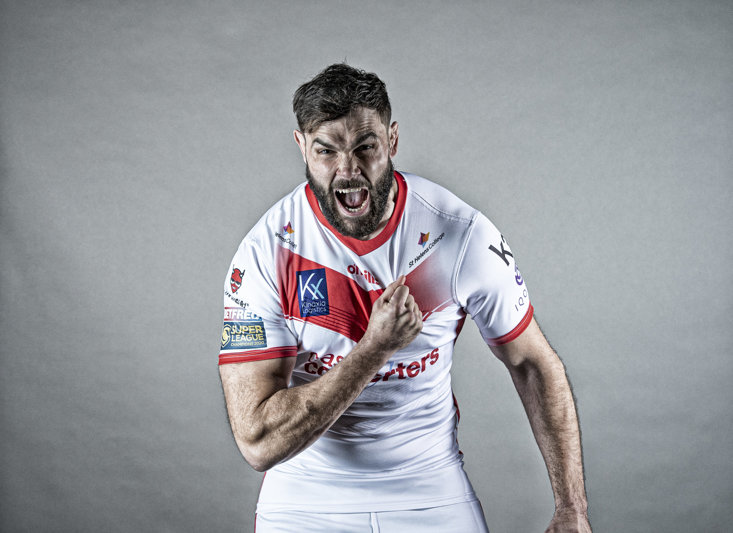 Saints will never forget their glorious end to 2020 as Jack Welsby’s after-the-hooter try won them the Grand Final, and with new additions in Joel Thompson, Agnatius Paasi and Sione Mata’utia they have injected more quality to replace Zeb Taia, James Graham and Dominique Peyroux among others. What’s more, they still have the mastery of James Roby and brilliance of Alex Walmsley in the front row.

Moz’s Take: “For the last three years they’ve been the best side in Super League, Justin Holbrook was a fantastic coach and I’m really impressed with what I’m hearing on Kristian as well. I think they’ll be the team to beat again this year, but if you remember last year they did start a bit scratchy and it took them six or seven weeks before they really found their form. But you’ve got to say they’re going to be up there again at the end of the year.” 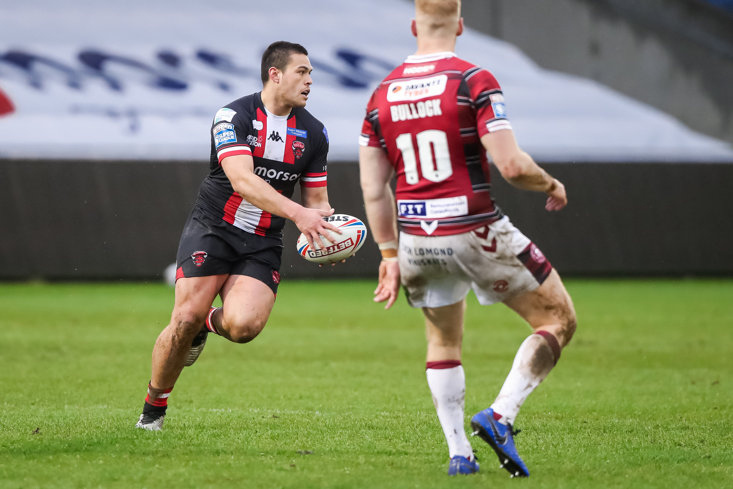 Salford have arguably lost their biggest asset with the departure of coach Ian Watson to Huddersfield, but former St Helens assistant Richard Marshall will be keen to continue the trend of the Red Devils upsetting the odds following their Grand Final and Challenge Cup final appearances of the past two seasons.

Scully’s Take: “It’s a funny time at Salford with a new coach, a lot of new players, they’ve lost a lot of players and a lot of talent to be honest. Niall Evalds, Joey Lussick, Gil Dudson to name three were key for Salford over the last couple of years in their challenge for silverware. But they’ve signed players who have got that potential now to secure key positions, players like Dec Patton and Harvey Livett.” 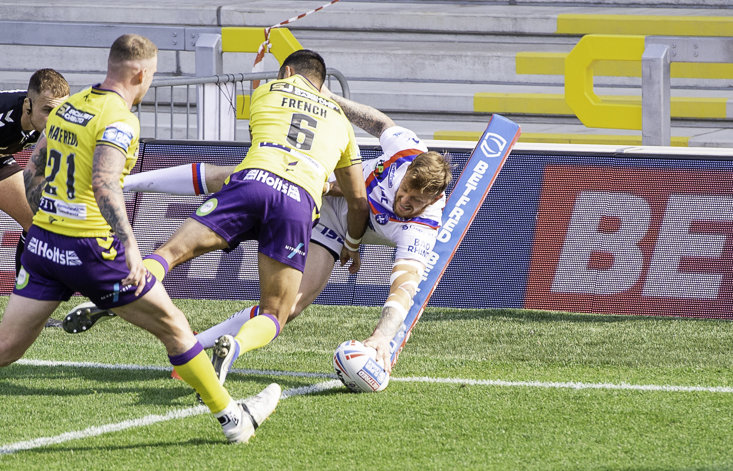 Wakefield will have a few points to make to detractors after a downturn in form in the Covid-hit 2020 season, and Chris Chester will look to get Trinity back challenging for a top-six spot as they had in previous campaigns. A lot will depend on the likes of David Fifita, Jacob Miller and new signing Mason Lino, while Tom Johnstone’s finishing ability will once again be one of Super League’s biggest attractions.

Moz’s Take: “I think last year they had a horrific injury list, and they’ve not got as big a squad as other teams. So if they can keep all their players fit they’ve got a chance but if you stick two or three injuries in there I think they might struggle a bit.” 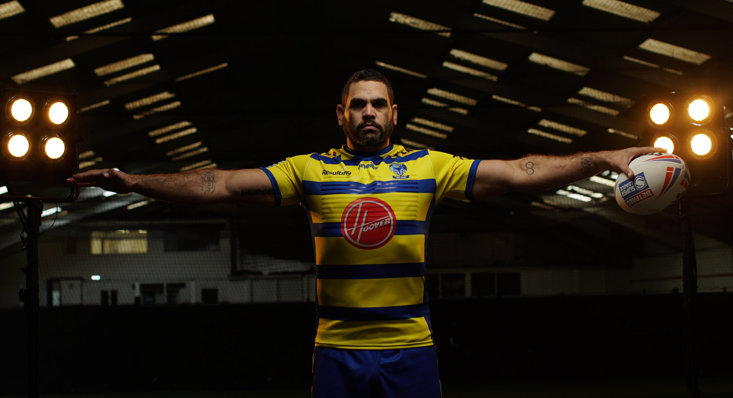 The Wolves squad is stacked with talent, with the great Greg Inglis coming out of retirement to join names such as Gareth Widdop and Blake Austin ahead of the 2021 season, but the spectre of Steve Price’s departure after this season could undermine their tilt to finally add a Super League title to their honours list. Either way, it will be wonderful for neutrals to see ‘GI’ playing in the UK for the first time.

Scully’s Take: “I don’t think Greg Inglis would sign if he didn’t think he was up to it. I spoke to one of the Warrington coaching staff and he just said that whatever Greg Inglis’ physical position at the moment he’s been inspirational to teammates and certainly young kids in driving standards. You don’t get to be one of the best in the NRL and play so many State of Origin and Kangaroos games unless you’ve got that, and it’s something he’s obviously brought with him.” 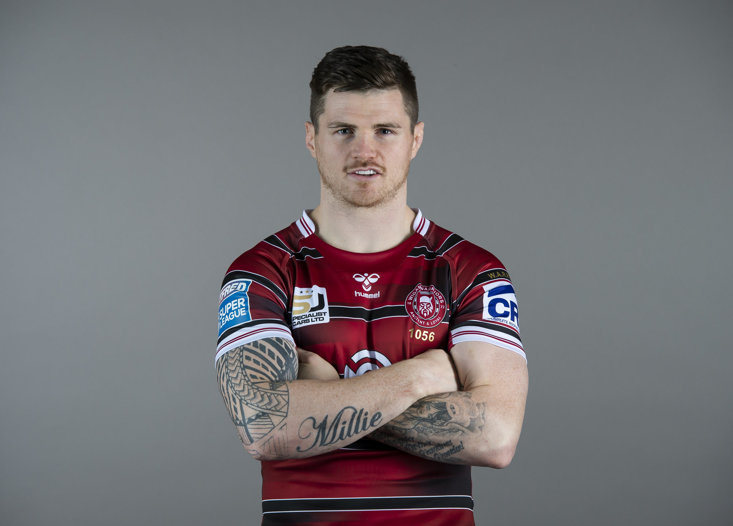 Wigan have lost a huge amount of experience ahead of 2021 following the departures of Ben Flower, George Burgess, Joe Greenwood and, of course, inspirational captain Sean O’Loughlin. However, the return of John Bateman after two years at Canberra Raiders is a huge boost, and much will be expected of the half-back partnership of Jai Field and Thomas Leuluai.

Moz’s Take: “I was really, really impressed with Bevan French last year, he was the best full-back and the most exciting player in Super League, he’ll be better for the experience last year as well. I think they’ll be up there, and quite rightly Saints and Wigan are the two favourites. When the play-offs come about it’s anyone’s competition.”