The 2019 Masters lived-up to the hype as Tiger Woods slipped on the fifth Green Jacket of his career to complete one of the greatest comeback stories in sports history. Woods’ success has in turn set up what promises to be a cracking year of golf with the revamped calendar now squeezing in the next three majors inside the space of two months, while there’s plenty of other engrossing events to captivate your attention through to the end of 2019.

The Sportsman brings you 10 tournaments that you simply must stamp in your diary this very second...

Previously, in the aftermath of the Masters, golf fans had been forced to wait two months for the next major, the US Open. The change in format means that the fourth major of the year, the PGA Championship, has switched months from August to May. Hurrah.

The 101st edition of the tournament takes place at New York’s Bethpage State Park, a venue four-time winner Tiger Woods has previously tasted major success at - 2002 US Open. The exceptional Brooks Koepka, defending champion, has finished in the top-5 in four of his last seven majors and will be gunning to bag his fourth major in eight. Rory McIlroy is a two-time winner, while Justin Thomas, Jimmy Walker, and Jason Day have all triumphed in recent years.

The US Open retains its position in the calendar, although it’s now the third major on the schedule. The 119th edition will take place at the visually stunning Pebble Beach in California, so you can expect thrills and spills in a few months time.

Brooks Koepka will be attempting to make it a hat-trick of US Open successes, having finished top of the pile in each of the last two years. Should the American bag his third straight win he’ll join some esteemed company in Tiger Woods, who triumphed three times between 2000 and 2008.

The last time the US Open was played at Pebble Beach Graeme McDowell was the surprise winner (2010), while Woods was victorious at the venue in the aforementioned 2000 spectacle; when he won by a major record 15 strokes.

Dustin Johnson, Jordan Spieth, and Justin Rose have all been crowned US Open champion in recent years.

The fourth and final major of 2019 is The Open, in its 148th year. Northern Ireland’s Royal Portrush plays host, 68 years after the club first held the tournament back in 1951.

Last year Francesco Molinari bagged his first major at Carnoustie, and the in-form player - who led the Masters through to the 12th hole on the final day - has the chance to become the Open’s first back-to-back winner since Padraig Harrington (2007 and 2008).

In the two years prior to Harrington’s triumphs it was Woods who won consecutively, while his first came in 2000. No English player has won golf’s oldest major since Nick Faldo back in 1992, whereas the last Scot was Paul Lawrie seven years later.

Two World Golf Championships have already whizzed by, Dustin Johnson and Kevin Kisner the victors, and the next instalment is smack bang in the middle of summer.

The WGC-FedEx St. Jude Invitational instantly follows The Open (above) giving many golfers a perfect opportunity to bounce back at TPC Southwind. Tiger Woods has collected a staggering 18 WGC wins during his career, eight of which have come at the invitational.

One of the best golf courses on the PGA Tour. The New York Skyline provides a stunning backdrop and is undoubtedly one of the most scenic courses around. The spectacular course was last used in 2013, when Adam Scott triumphed, while Bryson DeChambeau, Dustin Johnson, Patrick Reed, and Jason Day have all been victorious, albeit at different courses.

The Tour Championship is the final event on the 2018/19 PGA Tour. This time around the tournament has changed somewhat. For starters, the number one sede in the FedEx Cup standings will start at 10 under par, then the second seed at -8, and so on in staggered scores. The tournament winner will also be crowned the FedEx Cup - in contrast to last season when there were two separate winners.

The pinnacle of women’s golf returns for the 16th edition as a catalogue of the best players in the sport venture to Scotland in September for the biennial Solheim Cup which pits the United States against Europe.

The three-day tournament is not to be missed, with Europe determined to usurp their rivals after ending empty-handed in each of the last two duels, meaning the States leads the way with 10 wins to five. This year’s showpiece spectacle takes place in Gleneagles where the 2014 Ryder Cup was played - Europe thrashed the US 16 ½ - 11 ½ on that occasion. 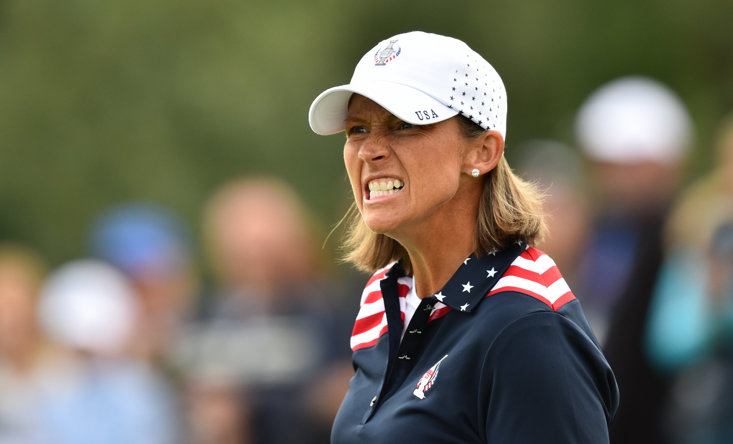 The pulsating passion of the Solheim Cup

We can’t put together this list without featuring the ‘home of golf’ that is St Andrews, one of the three different links courses, alongside Carnoustie and Kingsbarn, that hosts the Alfred Dunhill Links Championship. It comprises of two competitions; an outright tournament, and a pro-am event. England’s Tyrrell Hatton was won two of the last three editions, while two Danes - Lucas Bjerregaard and Thorbjorn Olesen - have finished at the summit since 2015.

The European Tour’s Race to Dubai climaxes at the DP World Tour Championship, where the victor bags the ‘richest first prize in golf’, which this year will be a pulse-bulging $3million.

The tournament will celebrate only its eleventh anniversary in November but has proved to be an enthralling spectacle won by the likes of Rory McIlroy, Jon Rahm, and last year’s champ Danny Willett. The tournament will become even more exclusive this year as the field number has been reduced from 60 to 50.

At the time of writing its Kevin Kisner who leads the standings, despite only playing three tournaments. Shane Lowry is in hot pursuit, followed by Justin Harding. 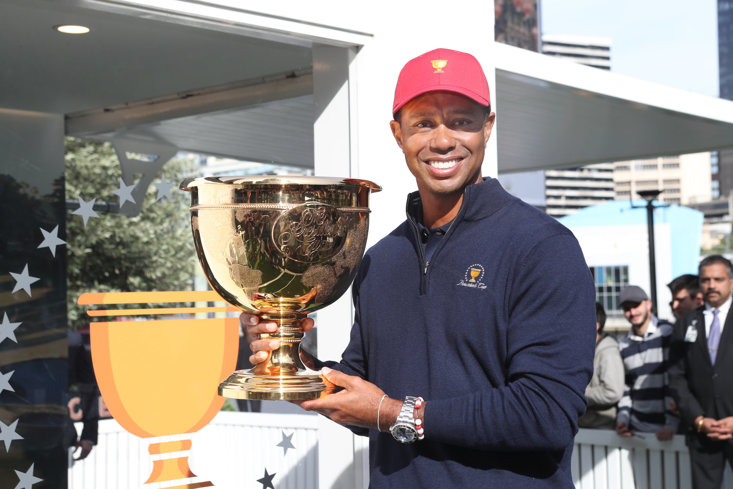 There’s no Ryder Cup this year but the United States face-off against the International Team - the world minus Europe - in the biennial Presidents Cup which takes place in December, with Royal Melbourne in Australia allocated hosting duties.

United States have dominated the event, accumulating 10 wins to the International Team’s sole success which dates back to 1998, while the other match was tied in 2003. The visitors are seeking their eighth straight success and will be captained by none of than Tiger Woods, who goes head-to-head with Ernie Els.