Style
These ultra-rare footie boots are among the most sought-after in the world
Elliott Bretland
08:00, 21 Dec 2020

From the Adidas Predator to the Nike Tiempo, football boot culture has exploded during the last 25 years, with bolder designs and brighter colours continuing to catch our eye on an almost daily basis. They say you have to be a brilliant player to wear garish boots on the pitch, but that doesn’t stop many of us from trying to stand out. However, if you really want to be the centre of attention, try getting your hands on these five extremely sought-after boots which are among the ten rarest you can find on StockX... 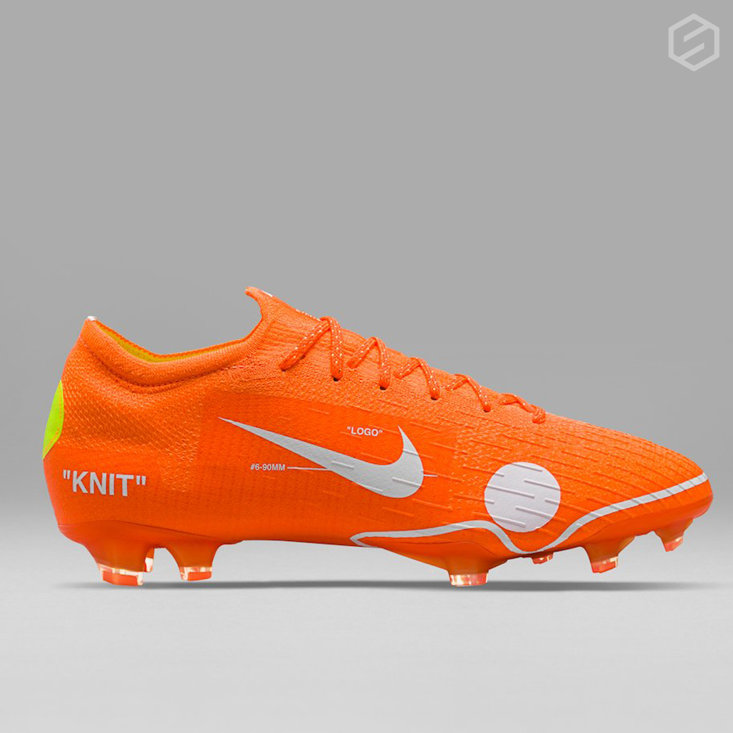 Dropping in March 2018, these bright orange boots were worn by Kylian Mbappe for PSG against former club Monaco before the wonderkid lifted the World Cup with France that summer.

Created by Nike in collaboration with Virgil Abloh, the American fashion designer who became the artistic director at Louis Vuitton in the same month the boot was launched, the dots on the boot represent the perfect place to strike the ball (not that a player like Mbappe would need any help in that respect). Less than 1,000 are said to have been made. 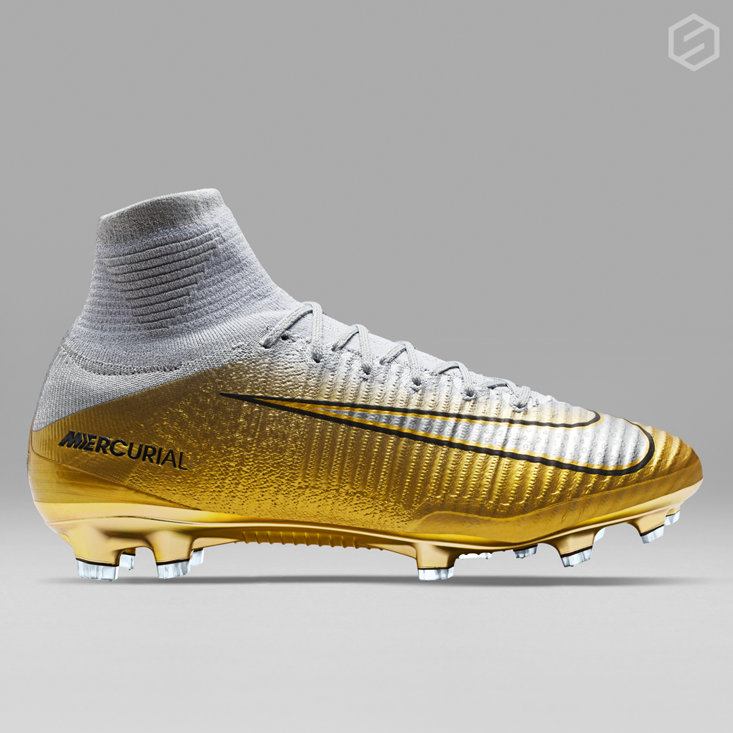 Featuring CR7 on the heel, the years of his previous successes for the famous, individual football prize, also appeared with the Nike swoosh and boasted the brand’s premium sole. Just 1,000 pairs of the boot were released. 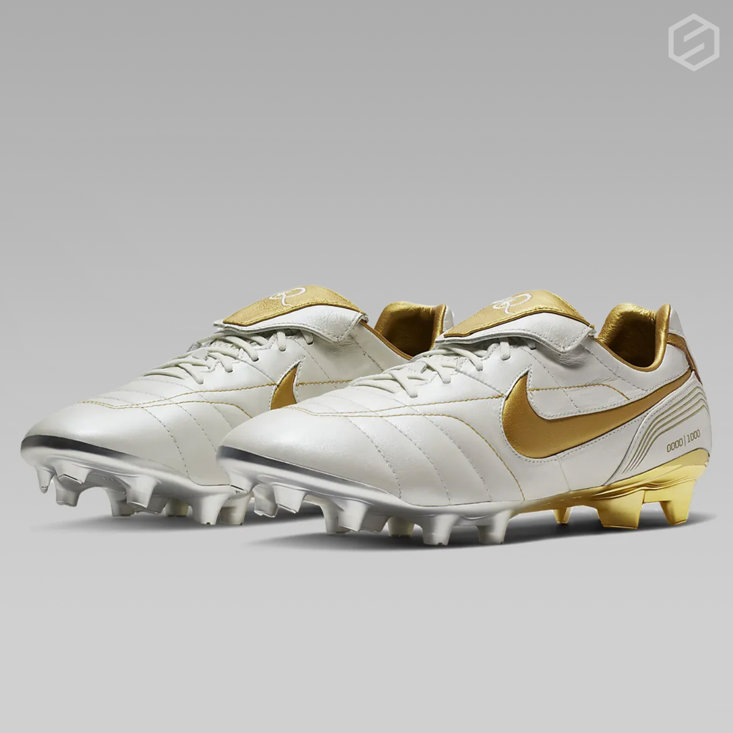 Before Ronaldo and Lionel Messi, there was Ronaldinho. With his distinctive long locks, beaming smile and jinking runs, the Brazilian lit up the Nou Camp at the start of the 21st century and reigned supreme as the most exciting player in La Liga.

In 2018, Nike again only made 1,000 remakes of the Tiempos Ronaldinho wore in 2005 with each boot visibly numbered. Dubbed a ‘Touch of Gold’, the sole featured the icon’s name. If you recognise them, they are the boots the Samba star wore in the famous ‘crossbar’ video in which he strikes it three times with such elegance and ease. Ronaldinho really was one of a kind. 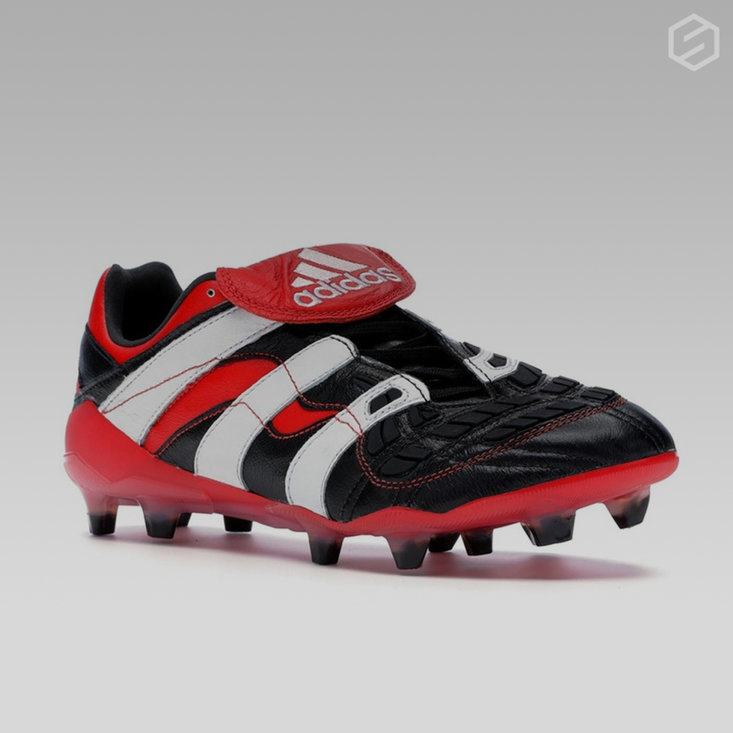 One of the most instantly recognisable pairs of boots in football history, adidas Predators were synonymous with David Beckham, his precision passing and world class ability at whipping and curling free-kicks. The fact Zinedine Zidane also wore the three stripes just added to the popularity.

The classic red, black and white colourway and fold down tongue are just so iconic, these are the football boot for an entire generation of fans. Launched in 2018, nearly 25 years on from the original launch, there were just 1999 pairs of the reissue created. 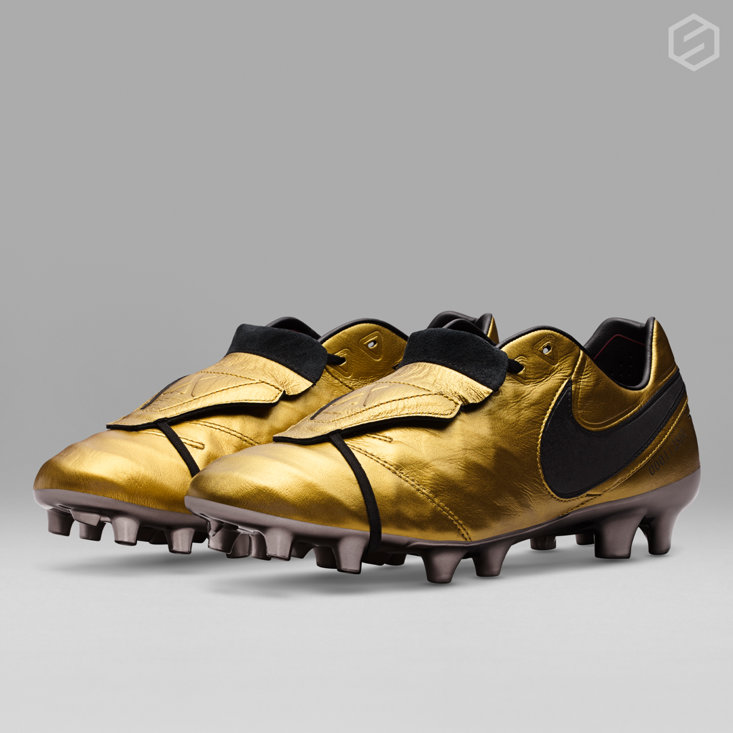 Another absolute legend of the game, Francesco Totti was a one-club man, spending 25 years at Roma and scoring 307 goals in 786 appearances. Adored by fans of the club in the Italian capital, he had admirers all over the world thanks to his stunning strikes and skill on the ball and so any boots he wore proved popular.

In 2017 to mark his final season in football, Nike released 2,500 pairs of the Tiempo Legend VI, a stunning tribute that was very much fitting for ‘the King of Rome.’

x
Suggested Searches:
The Sportsman
Manchester United
Liverpool
Manchester City
Premier League
More
style
Vans Team Up With Rock Gods Foo Fighters For 25th Anniversary...
It’s hard to believe but it’s been a quarter of a century since Foo Fighters, one of the [ ... ]
style
Smash Those New Year, New You Goals With Umbro Project’s AW20...
The phrase ‘new year, new you’ could be seen as a cliché but seriously, the circumstances [ ... ]
style
Russell Athletic Team Up With BAPE For An 80s Hip-Hop And Skate...
It may be the first ever collaboration between the pair but BAPE and Russell Athletic have offered us [ ... ]
style
From Works Of Art To Freddy Kreuger, These Are The Rarest Nike...
Next year will mark another landmark in Nike’s illustrious history. It will be two decades since [ ... ]
style
The Best Rugby Boots To Help Improve Your Prowess On The Pitch...
The middle of winter means we can finally get stuck into some mud and start playing some rugby. Depending [ ... ]
style
Skepta And Nike’s Long-Awaited Fifth Sneaker Collaboration Set...
It’s been a long time coming, having been rumoured all the way back in 2019 and then held back [ ... ]
style
The North Face Combine High Performance With Serious Style In...
It’s a time none of us will ever forget in our lives. The global pandemic stopped us all completely [ ... ]
style
Vans Team Up With ‘Where’s Wally?’ For Fun-Filled New Collection
We spent hours as a child flicking through pages looking for that damn red and white striped character, [ ... ]
style
Adidas Take Us Back To A Nineties’ Icon With 2021 Predators...
The year is 1998 and David Beckham is a global superstar. The Manchester United and England midfielder [ ... ]
style
Nike’s Chinese New Year Collection Is A Fitting Tribute To The...
Chinese New Year is fast approaching and to celebrate, Nike are releasing a ‘Year of the Ox’ [ ... ]
style
Two Worlds Collide With LeBron James x Kylian Mbappe Nike Collaboration
They boast a combined 122 million followers on Instagram and are two of the finest sports people on [ ... ]
style
From A £500,000 Classic To Eminem, These Are The Rarest Air...
The Nike Air Jordan is classic yet bang up-to-date, cool and stylish, unique though instantly recognisable. [ ... ]
style
Adidas Take Bold Step Into The Future With Lightweight 4D Running...
We’re barely a week into 2021 but the future is already here with adidas’ brand new 4D Fusio, [ ... ]
style
Exercising In A Pandemic, Here’s The Best Face Masks To Wear...
It’s fair to say a lot of things happened in 2020 that none of us were expecting. Had you asked [ ... ]
style
Gucci And The North Face Take Us Back To The Seventies With...
The seventies. It was the era of disco, Jaws and John Travolta. Saturday Night Fever had people flocking [ ... ]
style
The Mean And Green Nike Challenger OGs Made From 20% Recycled...
Think ‘mean’ and ‘green’ and you might picture The Incredible Hulk tearing through [ ... ]
style
Adidas And James Harden Start 2021 With A Bang With The Vol....
December seems to be the month to release sneakers. With adidas’ basketball stars Donovan Mitchell [ ... ]
style
The Five Best Running Shoes Of 2020 To Help You Conquer Those...
Never before have running shoes been so heavily in the news with Nike’s Vaporfly going as far [ ... ]
style
Nike’s Air Jordan ‘PSGs’ Pay A Fitting Tribute To France’s Footballing...
Paris Saint-Germain have absolutely dominated French domestic football for the last decade, picking [ ... ]
style
Pharrell And Adidas Celebrate Their Long-Term Partnership With...
It’s been a busy year for Pharrell Williams and straight off the back of the launch of his very [ ... ]
style
From Air Jordan To SB Dunks, These Are The Must-Have Nike Sneakers...
It’s been another blockbuster year for Nike when it comes to sneaker drops, with the sportswear [ ... ]
style
From The Mandalorian To New Order, We Give You The Best Adidas...
Little did Adolf ‘Adi’ Dasler know when he began to make shoes in his mother’s laundry [ ... ]
style
Reebok And Bape Kick Off The New Year In Style With The Incredible...
Reebok have produced some absolute gems over the years. From the Classics to the Shaq Attack, we have [ ... ]
style
Nike Commemorate The Legendary Flu Game With Air Jordan 12s...
June 11, 1997. The Flu Game. One of the most legendary basketball games of all time. With the series [ ... ]
style
Nike’s HIIT-Ready Air Zoom SuperRep 2 Is The Ultimate Burpee...
2020 has been intense, so perhaps adding even more intensity to your daily life isn’t at the top [ ... ]
style
The New Dr. Martens Chelsea Boot Is A Celebration Of Two Giants...
A shoe that will have you radiating coolness while providing all the warmth your feet could ask for, [ ... ]
style
New Patchwork Sneaker Will Make You Fall In Love With Converse...
Is there anything quite as iconic as the Converse trainer? It is a brand which has now been around in [ ... ]
style
Invest In A Piece Of Iconic Michael Jordan Sneaker History Worth...
It became one of the many iconic moments in Michael Jordan’s storied basketball career, and has [ ... ]
style
Drake Continues To Be A Global Trendsetter With His Own Nike...
Drake is a trendsetter in every way and just like basketball legend Michael Jordan 35 years earlier, [ ... ]
style
Timberland Arrive At The Cutting Edge Of Eco-Innovation With...
These are Timberlands, but not as you know them. The rugged yet stylish go anywhere brand has thrown [ ... ]