As anyone who has been clothes shopping knows, the last few years have seen a sharp increase in huffing, puffing and outright blood-curdling groans emitting from the fitting rooms. The reason? Skin-tight denim for men.

Delivered mainly in jean format, these particularly cruel inventions may glide with ease onto the likes of wafer-thin Instagram models, but for footballers, cyclists, rugby players (basically anyone who uses their legs to get around), squeezing into a trouser-leg not much wider than an antelope’s hind hoof has often proved a fashion challenge too far. Until now.

Designed specifically for the bigger, more athletic man, US denim label Frame have stepped up to the plate with the launch of their L’Homme Athletic range, and they’ve recruited former American Football star Larry English (San Diego Chargers and Tampa Bay Buccaneers) to front the campaign and make their point. 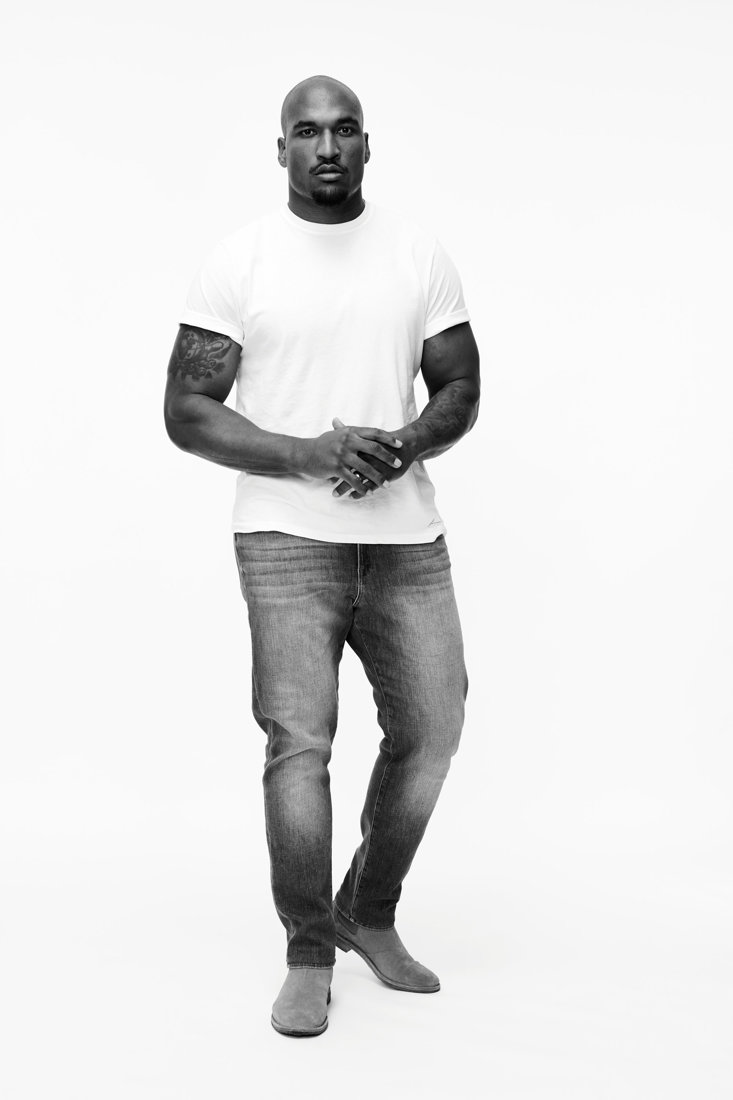 Having built up a cult following since launching in 2012, the Los Angeles based denim label has become one of the fastest-selling denim brands in the world. And now, mercifully, they have delivered a collection specifically designed for men with big legs – which means more space at the knees, thighs and backside for those of you scratching your heads and thinking, ‘But how?”

Still unconvinced? Frame suspected as much, which is where Larry comes in: if an ex-San Diego Chargers outside linebacker can fit into them, pretty much anyone can. The collection is available in three washes including dark blue, light blue and classic black.