Style
Celebrate the release of the second season of The Mandalorian with this stunning nine-shoe capsule
Jack Porter
09:00, 07 Nov 2020

Generation after generation, Star Wars lore is resurrected and revisited to enrapture a whole new audience. Despite the divisive reaction to the controversial recent sequels to the original trilogy, that galaxy far, far away keeps drawing them back in, with the return of the first live-action series in the franchise’s history, and adidas are along for the ride.

Forget Luke Skywalker. You can be Luke Shoe-walker. 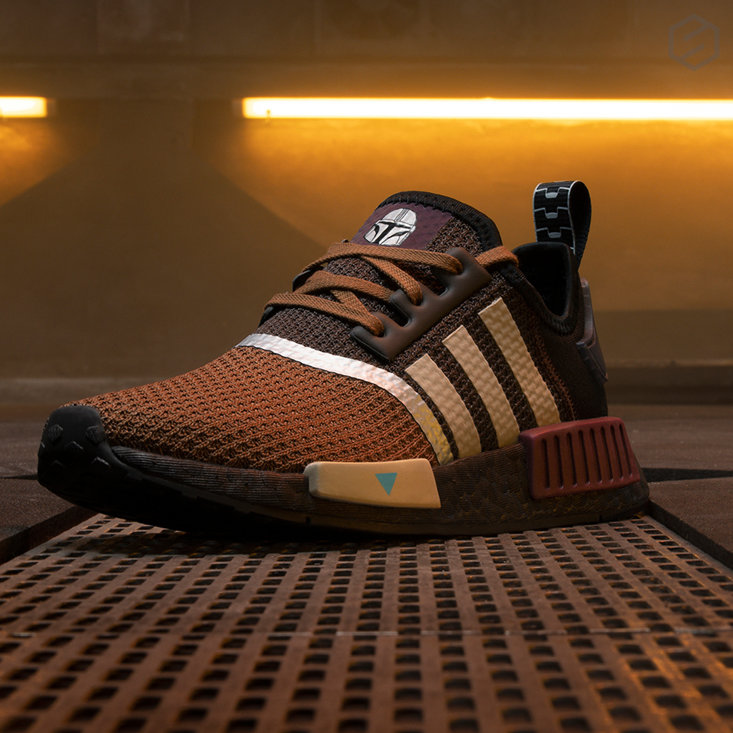 As well as tribute shoes to everyone’s new favourite bounty hunter (with apologies to the OG, Boba Fett) and cultural phenomenon Baby Yoda, adidas have referenced several key moments from The Mandalorian’s first eight-episode season. The ZX 2K Boost Mudhorn Shoe pays homage to the iconic showdown between the protagonist Din Djarin (aka ‘Mando’) and the Mudhorn creature when ‘The Child’ exhibits ‘The Force’ for the first time. The scene is pictured on the sockliner, and intermingling shades of brown and mint green detailing “symbolises the unlikely kinship which forms between the show’s main stars” and the Yoda’s recognisable aesthetic. 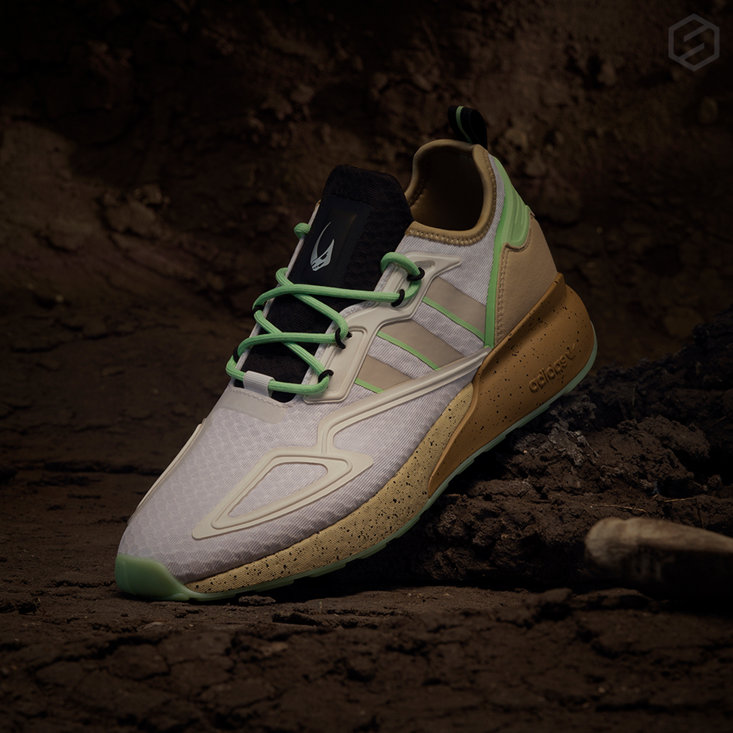 The Gazelle Darksaber Shoes “recall the season’s final scene, which reveals Moff Gideon as the holder of the Darksaber: a legendary relic of ancient Mandalore wielded by the first Mandalorian Jedi.” Purportedly the iconic adidas Gazelle model was deliberately chosen as the tribute model for the Darksaber scene, and the 3-Stripes glow like the lightsaber itself. 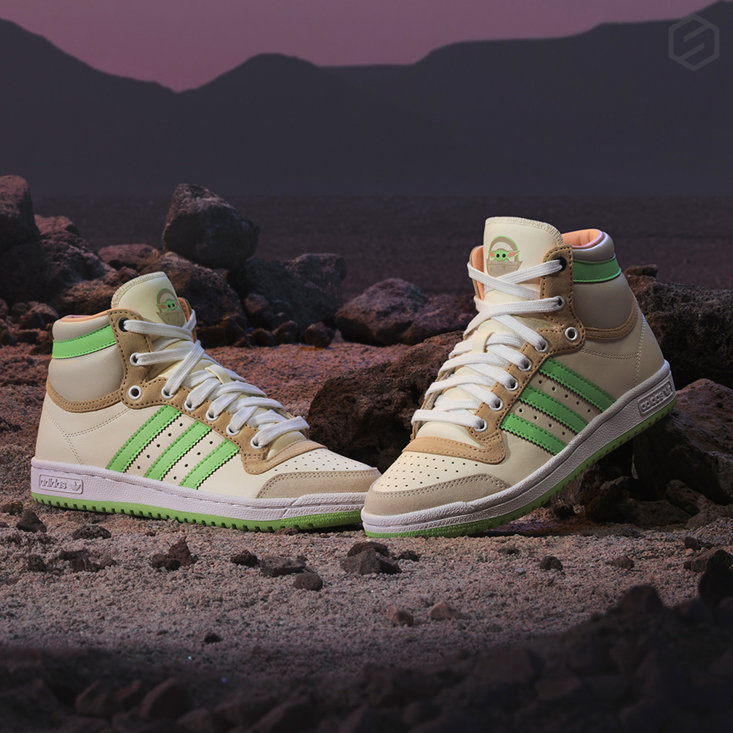 Other variants include The Baby Yoda Superstar Sneaker, The Child Top Ten Hi (with a snazzy sole showing our treasured intergalactic partnership), and the NMD_R1 will be themed to Mando. The latter possess a PrimeKnit upper and across its entire solid background comes all-over armor-inspired patterns presented in silver. The heel tabs have been decorated with helmet-like graphics, as well as on the tongues that print out his signature mammoth insignia. Towards the bottom, the Boost midsoles and forefoot block match up with “Simple Brown” exteriors, while the backside block deviates with a black background/white speckle. 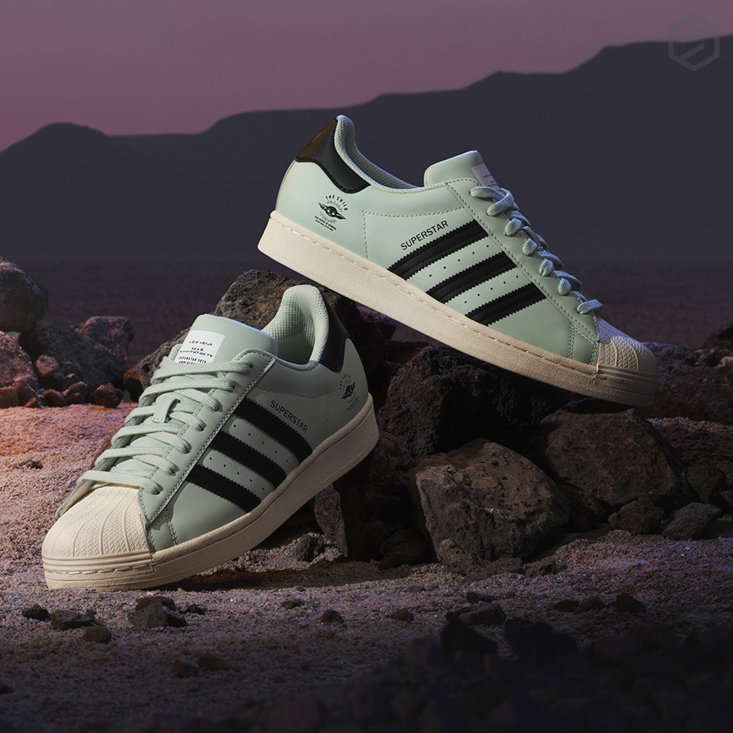 The collection released on November 4 exclusively via the adidas web store and are priced between £55 and £115.

May the footwear be with you.