Style
The SuperEarth is totally free from animal ingredients, including the dyes and the glue
Gary Quinn
09:00, 29 Aug 2020

Let’s begin with a short history lesson. It’s ok, it involves Run DMC. In 1969 the adidas Superstar sneaker was created as a basketball shoe. The rubber outsole was used so players could feel more flexibility on the court, and the shell toe was designed to protect their precious little tootsies.

Within a year the new trainer was worn by three quarters of all NBA players. That’s a lot of tootsie protection, right there. But this particular little Superstar wasn’t done yet, there was a whole life beyond the basketball court. Here’s where Run DMC come in. The rap superstars from Queens, New York, defied pop standards of the time, and decided to dress onstage exactly the same as they did on the streets. This was 1983 remember, think Spandau Ballet, Dexys Midnight Runners. 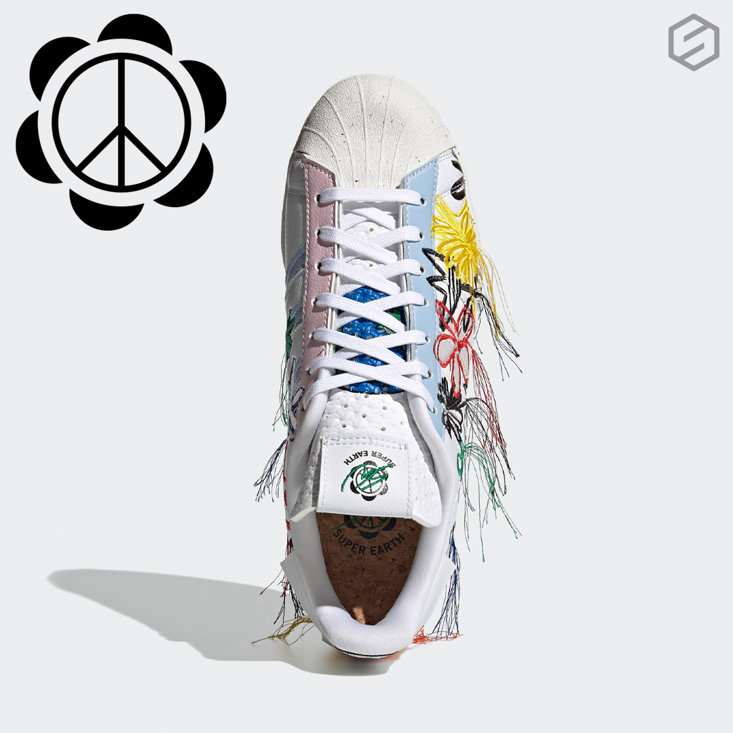 By being true to themselves the trailblazing trio soon became synonymous with the adidas Superstar trainer, no laces, tongue out. They would hold them up in the air in homage, and fans would do the same. Fresh trainers only, please! The love affair came to a head with the release of Run DMC’s iconic song, My Adidas, in 1986, followed by, surprise, surprise, a lucrative endorsement deal, the first of its kind between hip hop artists and a major corporation. 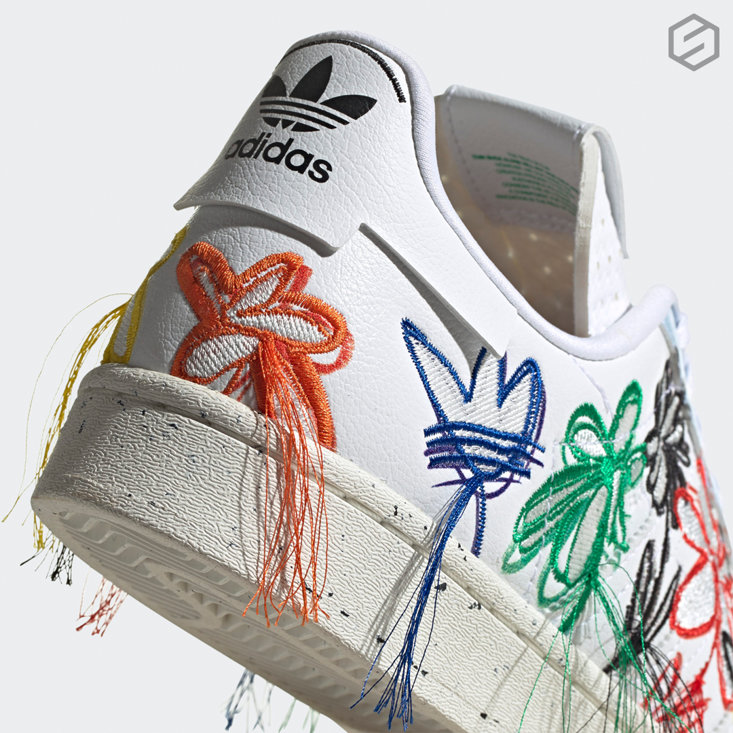 Thanks to the likes of Run DMC adidas has enjoyed a privileged position in our popular culture ever since. It sits upon a barely rivalled platform. Which is one of the reasons it is so encouraging to finally see the release of the SuperEarth, a vegan take on the classic Superstar sneaker. Using that platform for good. My Adidas.

This version retains all the heritage of the original Superstar but is reimagined for the here and now by legendary sneaker designer Sean Wotherspoon. It’s totally free from animal ingredients, including the dyes and the glue. The upper is made with partially recycled polyester, the insole is covered with renewable cork, and the outsole is made with flexible rubber material that contains recycled content. And here’s the masterstroke - it looks fantastic. 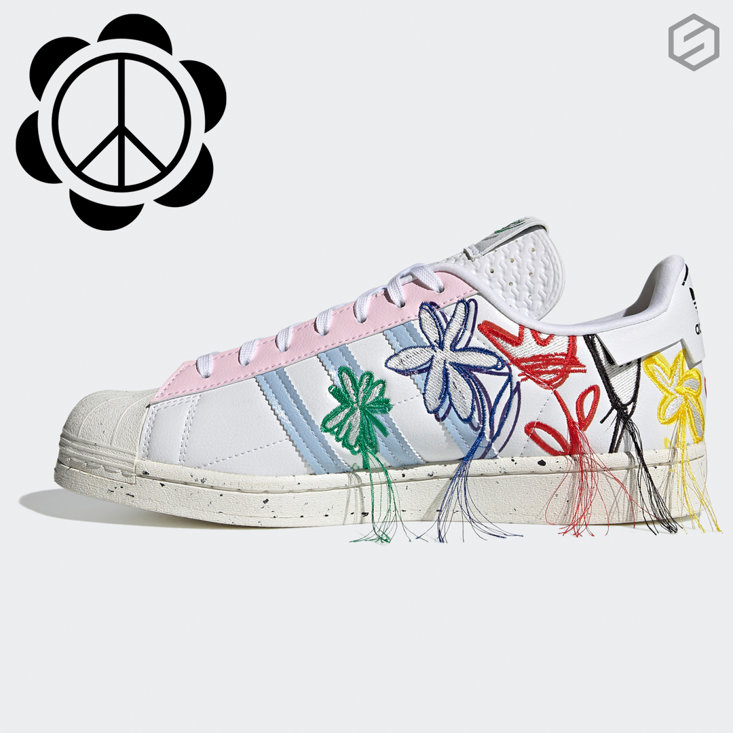 The mix of embroidered and printed flowers are stunning, providing a lightness of touch that is uplifting and inspiring. The collaboration of vintage streetwear and vegan spirit has worked a treat. It retails at £84.95 and is available through the adidas app.

Speaking about the SuperEarth designer, Sean Wotherspoon, said, "We researched plant based, recyclable, alternative, and vegan materials that we could incorporate into the shoe so it can have multiple lives. For me, it's hard to have this platform and not proactively do something". Amen to that. Here endeth the lesson. 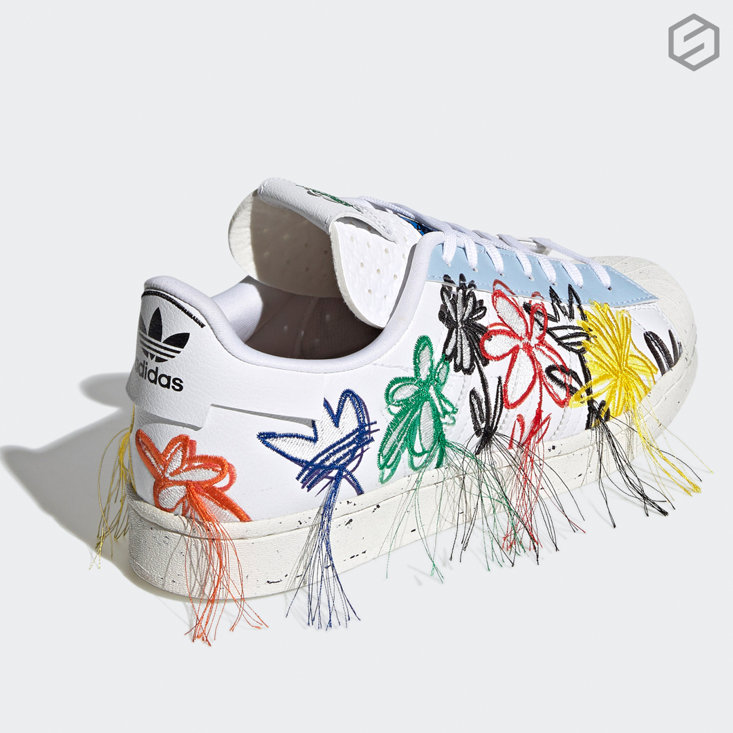