The shoe juggernaut of Jordan are preparing to attack. But don’t worry, it’s just your sentimentalities they’re after. And you’ll be happy to part with them if you manage to get your hands (or rather, feet) on the stunning new Jordan shoe. Summer’s still hanging on, but things are about to get dark with the AJNT23, with Nike also kindly bringing you a suitcase full of memories. 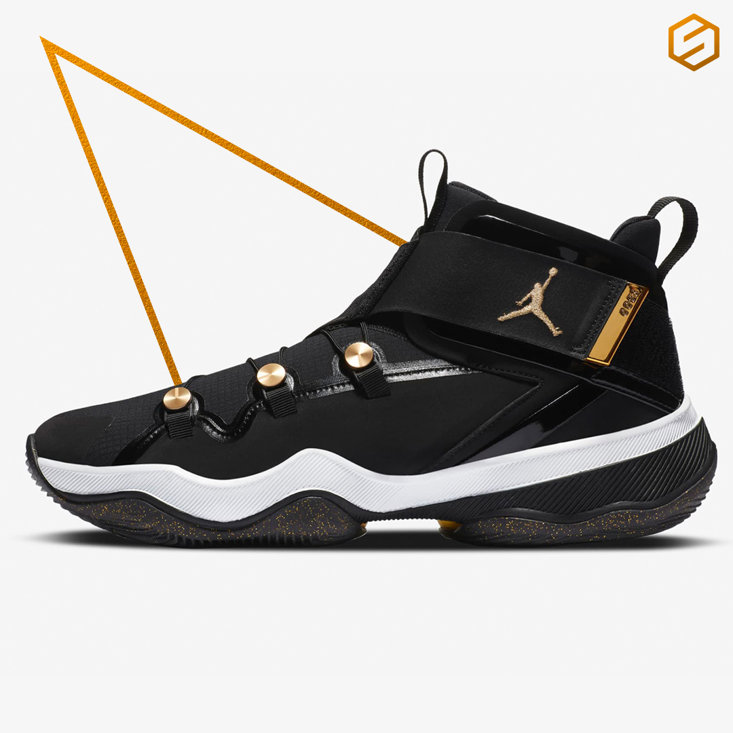 Described as an embodiment of “basketball’s culture of creativity and self-expression by packing a host of utilitarian features into a bold and futuristic silhouette,” the shoe forgoes the laces to utilise a one-pull system with cables that cause a series of gold knobs to rotate when pulled. Alongside the cross-hatched elastic straps there are also Zoom Air units in the heel and forefoot.

That’s not all to marvel at though! 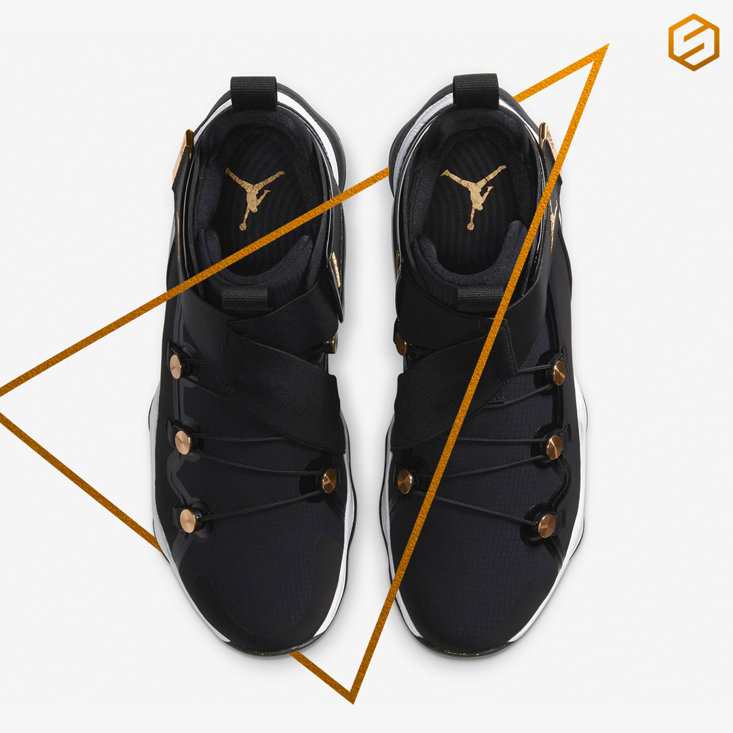 Dare we say it, for you’ll be just as intrigued by the packaging as much as the fabulous footwear itself. It’s been 18 long years since Nike and the Jordan Brand launched a pair of shoes in a suitcase like this, when the Air Jordan 17 arrived in packaging Gordon Gecko would be proud of way back in February 2002, an era before Roger Federer had won a Grand Slam title and Justin Timberlake was yet to release a solo single. 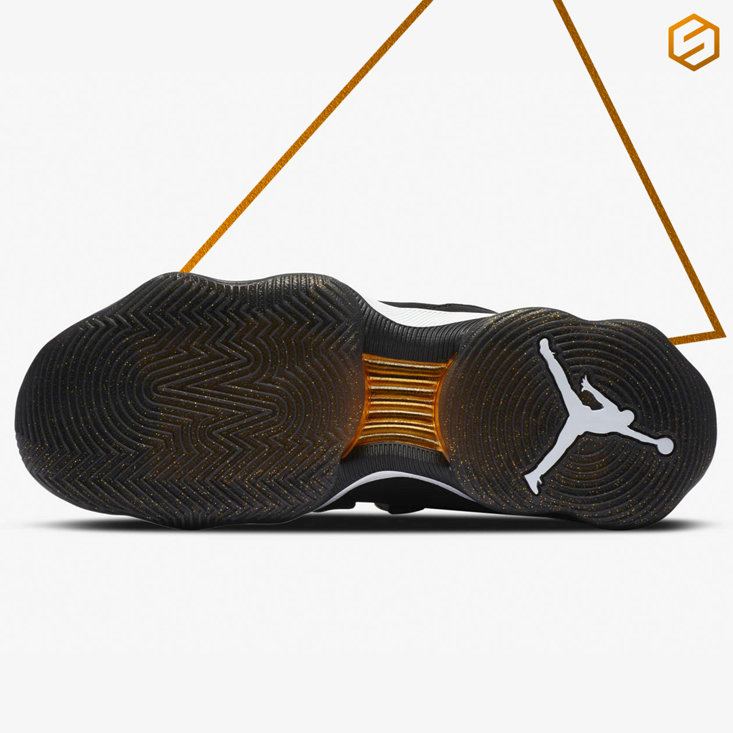 But time to stop reminiscing about those hazy days. The AJNT23 - titled with Jordan’s signature jersey number from his playing days - is a collaboration between Tinker Hatfield and Jordan Brand. It is produced in a beautiful premium black and metallic gold offering, and each will come in the aforementioned special edition matte-black briefcase-style packaging. And when we said ‘each’ we mean ‘each’. The range is wholly countable, in it being limited to just 2,500 pairs. 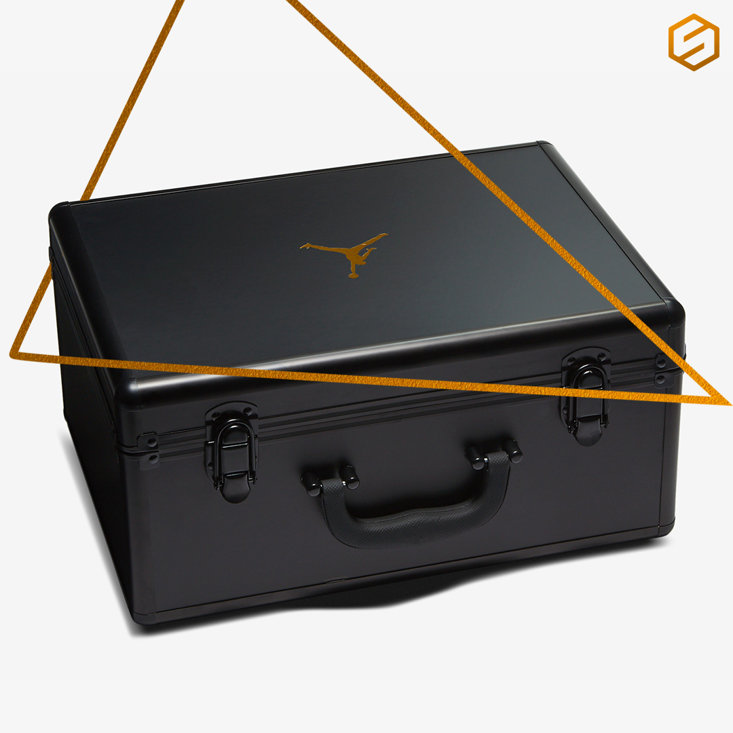 x
Suggested Searches:
Tyson Fury
Manchester United
Marcus Rashford
Lewis Hamilton
F1
Air Jordan
More
style
David Beckham’s Esports Brand Launches Perfect Patch 0.0.1 Apparel...
There are few men on the planet as fashionable as David Beckham. With his model looks and supreme sense [ ... ]
style
Get Quirky This Winter With This Striking Supreme x Stone Island...
From a glow in the dark balaclava to swimming goggles that switch up into sunglasses, the latest Supreme [ ... ]
style
Lack Of Guidance And Too Hot Join Forces For Iconic Italia ‘90...
Nessun Dorma is belted out by Luciano Pavarotti, the soundtrack to Paul Gascoigne balletically skipping [ ... ]
style
Air Jordan Take It Back To The Old School With Retro Spring...
It was at the 1992 Olympic Games in sunny Barcelona that Michael Jordan and his United States team-mates [ ... ]
style
From Super Value To Super Style, Five Killer Alternatives To...
Released back in September, the Apple Watch 6 is unquestionably one of the best smartwatches on [ ... ]
style
Pharrell, Jonah Hill And Pirlo, The Best Adidas Collaborations...
The three famous stripes of adidas are among some of the most iconic and instantly recognisable symbols [ ... ]
sports
The Best Lights To Brighten Up Those Dark Winter Runs
Hello darkness my old friend...ok, so Simon and Garfunkel weren’t singing about going for an evening [ ... ]
style
Porsche And Puma Collide In This Turbo-Charged, 911-Inspired...
The word Porsche instantly conjures up images of style, speed and precision and now they have taken [ ... ]
style
Over 120 Years On, Saucony Are Still Architects Of Style And...
Saucony have been constructing high-quality shoes for all walks of life since 1898 and, 120 years later, [ ... ]
style
adidas and Run DMC Team Up Once Again For Collection Celebrating...
Run DMC and adidas have been a staple of sneaker culture for decades now. It’s like that and that’s [ ... ]
style
From Dior To Fire Red, The Five Best Nike Air Jordans To Hit...
It’s the biggest endorsement in sports history. The Nike Air Jordan. During its first year on [ ... ]
style
McLaren And Castore Join Forces For Fashion Lovers Living In...
We love our cars and we love our style, so a match-up between McLaren Automotive and premium sportswear [ ... ]
style
Smash Those Running PBs This Winter With These Saucony Speedsters
From the high banks of Saucony Creek, Pennsylvania, from which the company gets its name, to the global [ ... ]
style
The North Face And Liberty Take Inspiration From The Himalayas...
The Himalayas boast the highest mountain on the planet, standing tall at a gargantuan 29,029 feet Everest [ ... ]
style
AC/DC Join Forces With DC Shoes To Celebrate 40 Years Of Highway...
AC/DC’s incredible Back in Black and Highway To Hell albums are 40 years old this year [ ... ]
style
Levi’s And New Balance Reunite For A Delightful Denim-Laden...
Levi’s have been delivering denim of the highest quality for a whopping 147 years, while New Balance [ ... ]
style
The Shoes For Every Occasion, Five Footwear Must-Haves For Any...
You can’t head out en masse to the sports club right now. There’s no pre and post-match [ ... ]
style
Treat Yourself Right This Boot Season With The Chelsea Boot
We know you want to effortlessly strut. You don’t have to lie to us. But you want to do it in [ ... ]
style
New Balance x Shoe Palace Embrace The Deep Blue Sea’s Ultimate...
Ever since a great white shark wreaked bloody havoc on a New England beach resort in the 1975 Spielberg [ ... ]
style
adidas And Star Wars Team Up For Must-Buy Mandalorian Collection
Generation after generation, Star Wars lore is resurrected and revisited to enrapture a whole new audience. [ ... ]
style
Garmin Meets Gaming For Smartwatch Dedicated To The World Of...
A fifth of the way into the twenty-first century, and running has become synonymous with one particular [ ... ]
style
Vans Take It Back To The Beginning For The Simpsons With Christmas...
With Vans once again teaming up with The Simpsons to celebrate the 30th anniversary of Springfield’s [ ... ]
style
Drake x Nike Certified Lover Boy Collab Proves Rapper’s Creative...
From Michael Jordan to Bruce Lee, Nike have always teamed up with the coolest of cool and their latest [ ... ]
style
Introducing The Exclusive SFTI Top Gun Pilot’s Watch, It’s A...
Can you believe it has been 34 years since the original Top Gun came out? Not only was it the best film [ ... ]
style
No Blues, Just Black Uppers To Battle The Elements Thanks To...
You’ve noticed it. You don’t want to, but you have. The shower seems a little bit colder, [ ... ]
style
Dress For Success From The Feet Up With schuh’s Versatile Classics
Dress for the job you want, not the job you have. Wisdom passed down through generations says you must [ ... ]
style
adidas And NASA Combine For A Sneaker That Kicks Conspiracy...
We could start by writing something awfully hokey about how the new adidas x NASA Ultra Boosts [ ... ]
style
Beat The Temperature Drop With Supreme x The North Face’s Cold-Weather...
Winter, you’ve just met your match. Rest easy. Supreme have teamed up with The North Face once [ ... ]
style
Smashing! The Ghostbusters Legacy Lives On Thanks To These Must-Buy...
It’s come. We saw. It kicks ass. The Ghost...Smashers? Wait. What? Name doesn’t ring a bell? [ ... ]
style
Train Like Dwayne Johnson With These Project Rock x Under Armour...
Dwayne Johnson is an absolute giant in more ways than one. Of course, he is a man-mountain but he is [ ... ]