Tucked away in a little corner of Soho is a rather cool boutique selling retro American football and basketball clothing and accessories.

Mitchell & Ness is honouring Team USA's triumph in Barcelona in 1992 with the return of their iconic red, white and blue uniforms.

For those of you who may not be aware, the ‘Dream Team', as they became known, are regarded as one of the greatest collections of basketball talent ever assembled after their triumph at the 1992 Olympics.

Staying true to their roots, the Philadelphia-established brand has recreated this landmark moment in sports history by offering an exclusive collection.

These pieces ooze ‘nineties’ and reflect the love for retro in the modern era. As Nike create iconic Americanised strips for the Premier League clubs, this look is really in.

Paying homage to the team's journey and success in the most authentic way, Mitchell & Ness feature t-shirts, outerwear and headwear, alongside the authentic jerseys, shorts, warmups and practice gear. 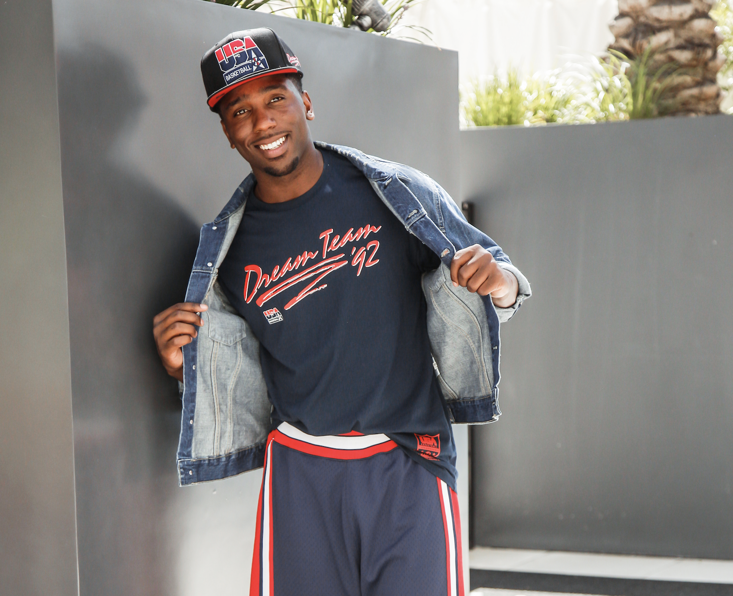