The British Armed Forces have all the best gadgets. Mostly for killing people, admittedly, but cracking gadgets nevertheless. Sadly, much of the good stuff requires annoying things like ‘specialist training’ and ‘combat’, although neither of those, mercifully, are needed to get your hands on the new Royal Airforce x G-shock Gravitymaster. Look the business, don’t they? 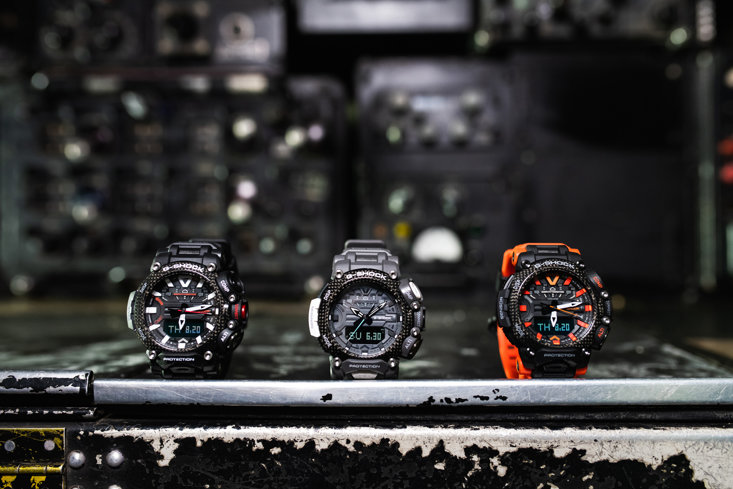 Casio build their G-shock timepieces to last, and this limited edition timepiece is no different, right down to the smallest details. The bezel is made from three layers of resin with carbon fibre inserts, with the top layer being semi-transparent to reveal the carbon material inside, and the whole thing is vibration resistant as well as shock resistant. 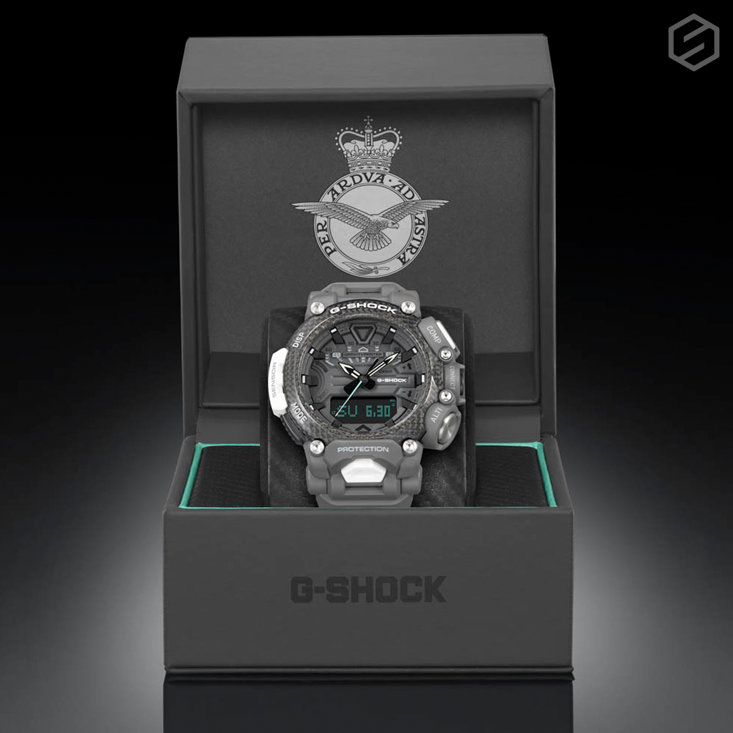 It’s not a simple nod to the Royal Air Force either. This is an official licensee of the Ministry Of Defence, with a stealth colourway apparently inspired by the Eurofighter Typhoon. The three buttons on the side? Designed to resemble a helicopter control stick. The internal Quad Sensor system? It packs a compass, altimeter, barometer, thermometer and accelerometer. Sure, you might not be able to fly a plane, but trust us, your next trip up to the loft is going to be seriously exciting! 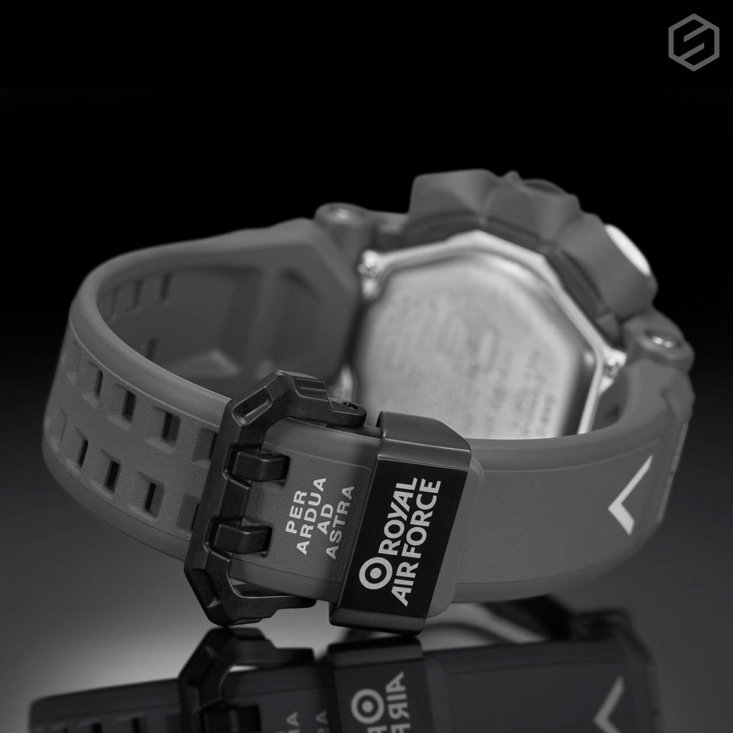