The flannel shirt Robert De Niro wears in The Irishman is so good it’s actually a little distracting. If you haven’t seen the film, it’s about friendship, loyalty, violence and social mobility but at the same time it’s not. It’s about shirts. We appreciate the efforts of everyone involved in movie production; we know it takes you ages and there’s trucks, lights and key grips and everything but we’ve never met a scene so compelling there isn’t time to wonder if Asos have the protagonist’s shirt in our size.

Three films this year, all made with painstaking period research, had us thinking ‘purchase immediately’ and reaching for our phones. However, pause before over-buying, the key when drawing inspiration from a movie is not to be excessively literal. Take the scenes as a hint more than an instruction manual and update them if they’re set in the past, because too many matchy elements and suddenly you look like you’re working shifts at Secret Cinema.

Firstly, do see this motor racing epic in the loudest possible format you can find, the gear changes sound like acts of war. But remember to take careful note of the frankly tremendous, open-neck polo tops worn by Matt Damon. Costume designer Daniel Orlandi told The Hollywood Reporter he wanted to give Matt Damon’s character, “California cool with a Texan look.” We say, lose the Stetson but try an open-collar polo. 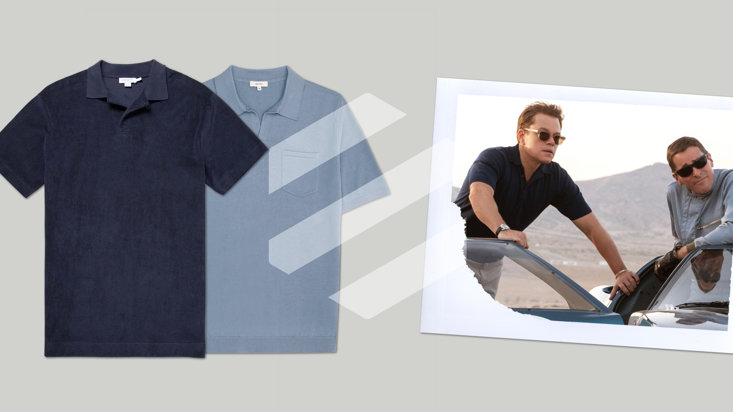 De Niro playing his character as a young man, wears a low-key, ‘regular working joe’ check shirt under a heavy, leather jacket. Partly because he makes a living killing people, De Niro’s character wants to blend in while looking awesome. The checks aren’t the often-seen lumberjack reds but muted browns. It’s perfectly conceived by costume designer Sandy Powell and will work for you even if you don’t paint houses.*

*you’ll get it when you see it. 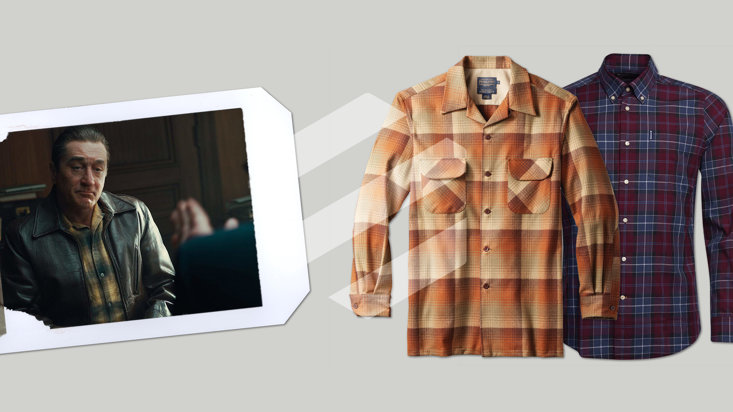 Once upon a time in Hollywood

Leonardo DiCaprio plays an actor in 1960s TV westerns just about clinging to his fame and status, and so wardrobe designer Arianne Phillips, gave him the clothes of a man who wants to look in touch. He moves through countless outfits as the film spirals but the tan roll neck under the leather blazer is a reminder to men everywhere that roll necks aren’t always black. 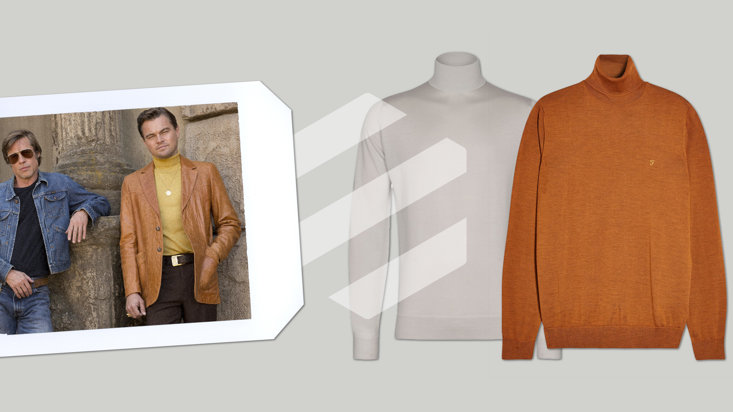