Style
Here are our picks for the best horror-filled kicks this Halloween
Simon Lillicrap
10:00, 30 Oct 2020

This Halloween, forget the trick or treating, toffee apples and fancy dress, instead indulge in some of the ghoulish delights that footwear’s biggest brands have produced this year. From Day of the Dead-inspired delights to Spider-Web adorned sensations, there has been a whole heap of spooky shoes flooding the market this year, so to save you hours of searching during these dark nights, we’ve put together a definitive top five... 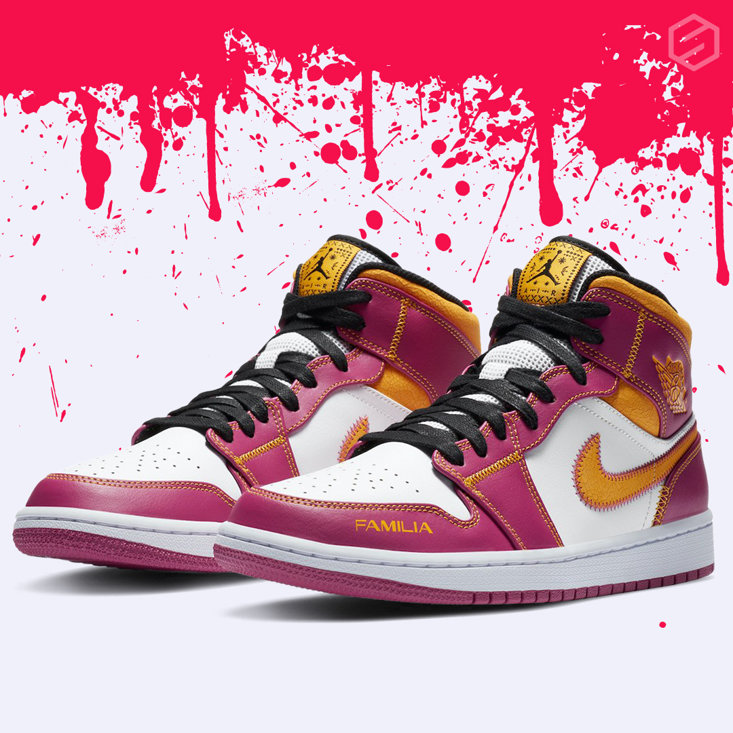 It might not be fireworks night but this is how you start with a bang. Four iconic trainers  possessing vibrant colours and striking, previously unseen patterns. The Nike DBreak-Type, Nike Blazer Mid, and Nike Air Max 90 are all exciting options, but our personal favourites are the Air Jordan 1s which look stunning dressed up in the three-tone colour scheme, based on the traditional colours seen in ofrendas (home altars).

As seen in the Pixar film Coco, this day is a celebration of those who have passed away as it is believed that the dead are still members of the community, kept alive in memory and spirit. This collection, and the Jordans in particular, are the perfect modern take on this historic festival. 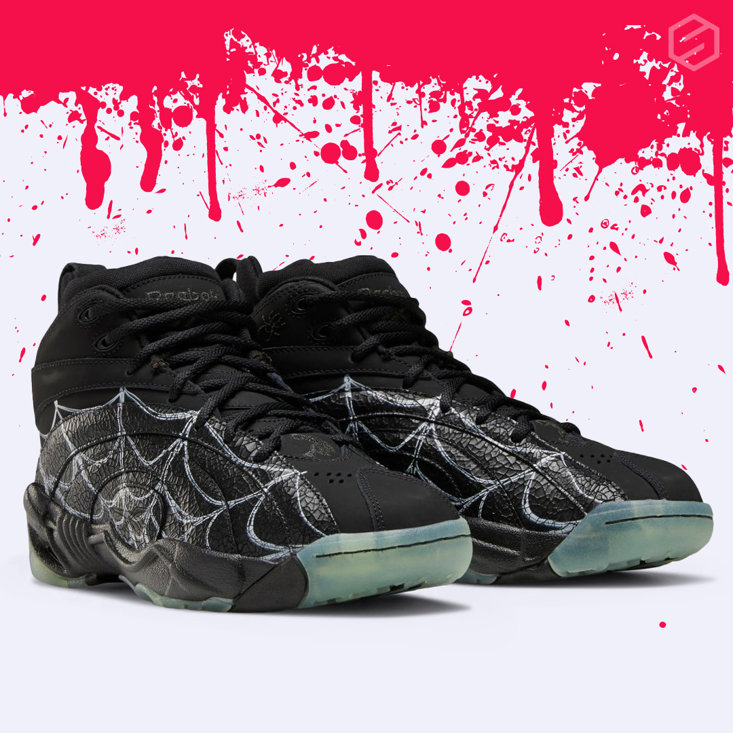 If Nike kept things relatively cool with their Day of the Dead collection, then Reebok pushed the boundaries with their Shaqnosis Spider-Web sneaker. The Shaqnosis are famed for being the shoes Shaquille O'Neal wore in the 1995/96 season as he fired his Orlando Magic side to 60 wins in a single campaign.

Now they have been given a Halloween twist, dressed up all in black with, you guessed it, a spider-web feature. Along with the giant web, this shoe has clever details, including skull and spider graphic insoles and, our favourite part, a glow-in-the-dark outsole. 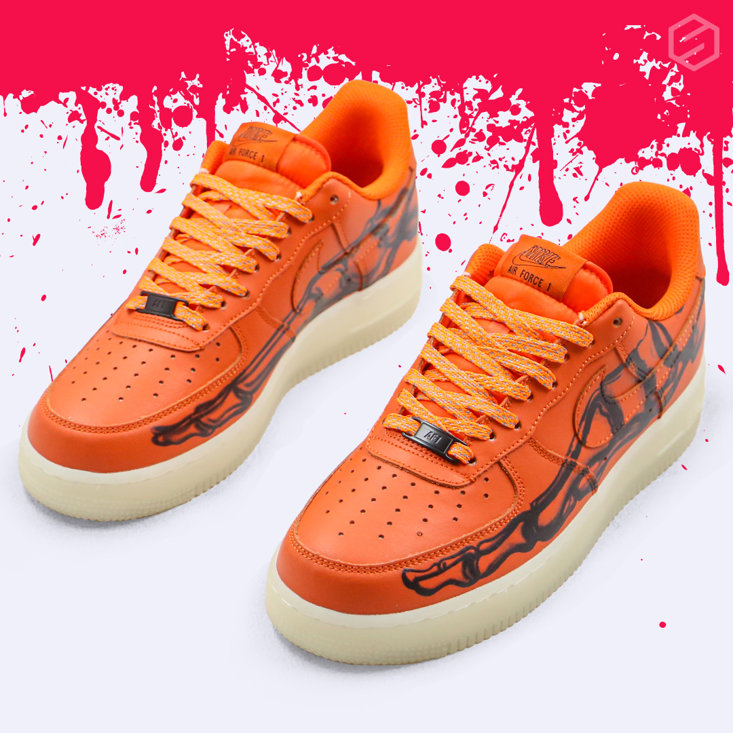 Orange is the new black. This year, Nike have taken that show quite literally and launched an electric orange version of their Air Force 1 Skeleton model. Featuring the epic skeleton x-ray print that has adorned the previous two models, the skeleton print looks exceptional in black on those orange leather uppers.

We are complete suckers for anything glow in the dark and, like the Reeboks, Nike comes in hot with these glow in the dark soles, which illuminate the streets on these late Autumn nights. Halloween has never looked so swish. 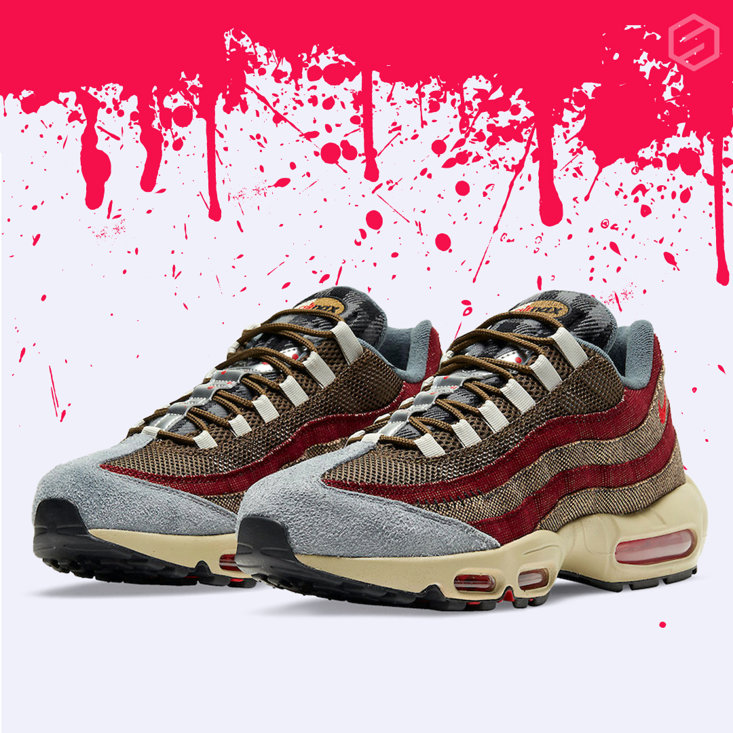 A Nightmare On Elm Street is arguably the most iconic horror film of all-time and introduced us to Freddy Krueger, the perfect horror villain. Now, 36 years after the film’s release, Nike have released shoes in tribute to one of cinema's scariest characters.

These sneakers are adorned with deep red panels matched up with lighter, faded blue and brown touches. The film buffs among us will instantly make the link, those colours are the same as Krueger’s tattered old sweater in the film. In their own subtle way, these are seriously scary sneakers. Krueger might literally be the stuff of nightmares, but this homage to a true icon of the silver screen is an absolute dream. 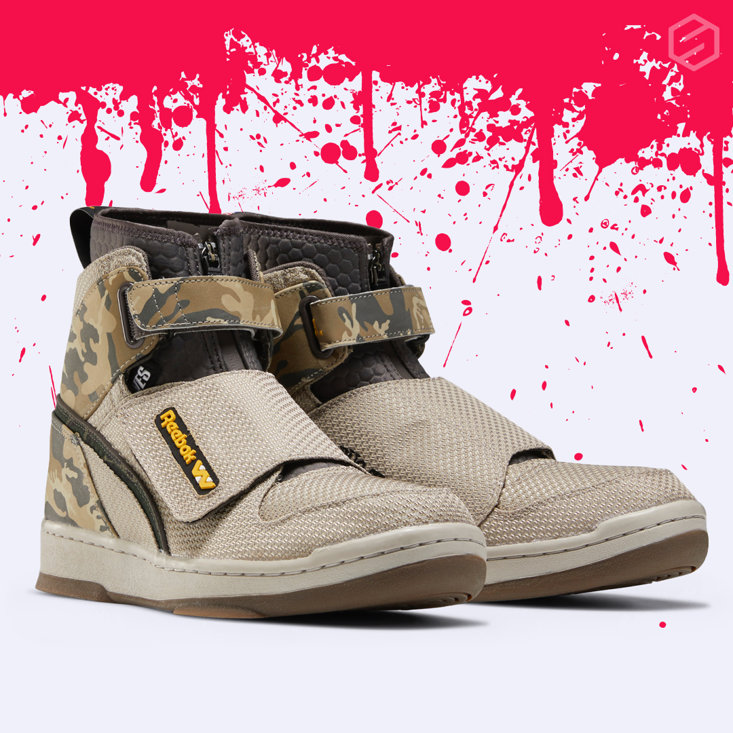 Another film-based super sneaker, Reebok have returned with the Bug Stomper after the success of last year’s Alien edition. The famous United States Colonial Marines now have their very own sneaker, with Private First Class William Hudson the focus of these spectacular shoes.

The colours are based not only on Hudson, but also the Marines’ uniforms and ships, with clever touches such as the Weyland-Yutani logo and the Marine’s Death or Glory skull also embossed onto the shoes. In the words of Hudson himself, this is “Game over, man”.