Style
These are some of the rarest, most expensive pairs of trainers in the world
Elliott Bretland
08:00, 06 Dec 2020

Expensive antiques aren’t just consigned to old things found in the loft, in fact you can make a serious amount of money from rare sneakers. From Kanye West’s Nike Yeezys to classic Air Jordans, you can make a cool five-figures - the only difficulty is getting your hands on a pair in the first place. If you’re lucky enough to own a pair of unique kicks, you could be set for a nice windfall. Here are some of the rarest trainers out there so get searching... 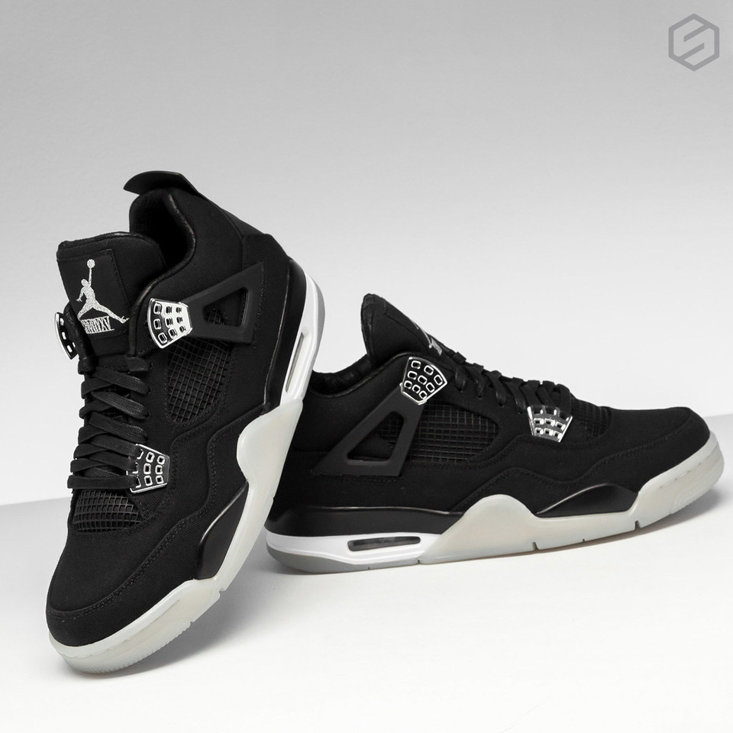 If you own a pair of these babies you’re either very lucky or related to Eminem himself as only ten pairs were dished out to the star’s family and best friends. Created in 2015 along with outdoor brand Carhartt to mark the fifteenth anniversary of his Marshall Mathers LP, proceeds were donated to the singers foundation, which helps young people in the US.

Eminem fans will have had a real job on landing a pair of these sneakers in the past but in a hopeless year, their chances in 2020 increased due to the global pandemic. In April, the legendary rapper announced a pair was available for auction as part of StockX’s World Health Organisation Covid-19 campaign. Eminem himself donated his own pair to the charity along with a t-shirt and all you had to do to enter was stump up ten dollars in a raffle. 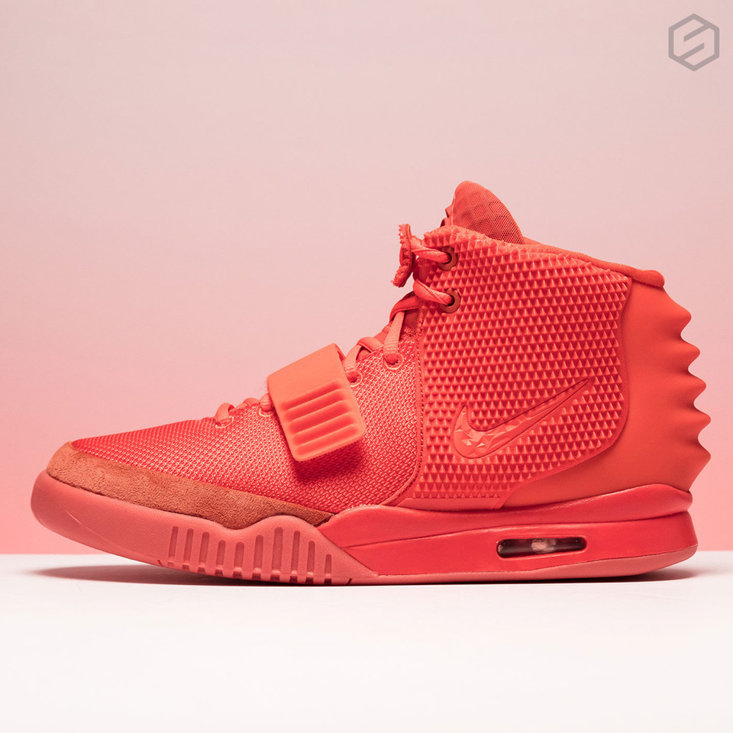 Released online-only back in 2014, on a Sunday too, these Yeezys sold out in mere seconds. ‘Red October’ is infamous as the last Yeezys from Nike after Kanye West announced he would be leaving for adidas in 2013. After the rapper and American sports giant parted ways, there is no chance of a re-release so these bright red and madly eye-catching kicks have increased in value, as has the demand.

Probably the rarest Yeezys in the world, the bold red colourway make these particularly sought-after.

Nike Air Mag Back To The Future 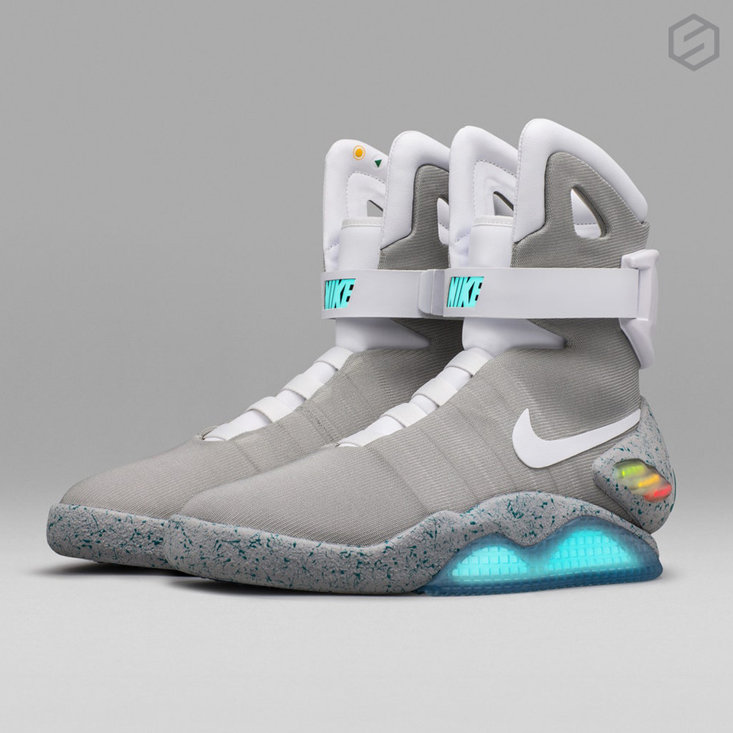 One of those iconic collaborations that merges sport and pop culture so perfectly. The sneakers, worn by Marty McFly in the 1989’s Back to the Future Part II, were first released for fans, in a very limited number in 2011. Then on October 21, 2015 (yep, the very day Marty travelled forward to… nice!) some more released, complete with power laces.

A year later, McFly’s actor Michael J. Fox wore the first pair of the MAG sneakers and all proceeds of the shoe went to his Parkinson’s foundation; he was diagnosed with the disease in 1991. The actual left trainer he wore in the film (now disintegrating 35 years later), was sold at auction for $100,000 and the cash again went to his charity. 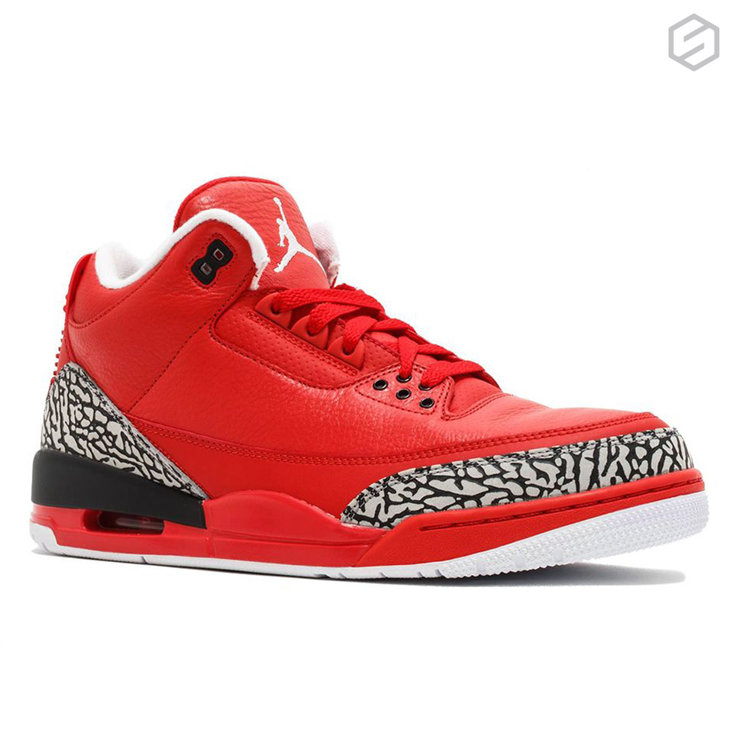 A Jordan brand ambassador, DJ Khaled and Nike collaborated to commemorate the release of his album back ‘Grateful’ in 2017. Coming in red, black and cement grey, the design stemmed from the musician’s love of NBA side, Miami Heat.

Featuring elephant prints, the design is certainly bright and fervent, and Khaled’s ‘We The Best’ adorns the heel and insoles. Again, only dished out to his nearest and dearest, a few extra were given to a few lucky people who purchased his record. So, if they wish to cash in, they’ll enjoy a windfall. Searches have these kicks valued at nearly £6,000. 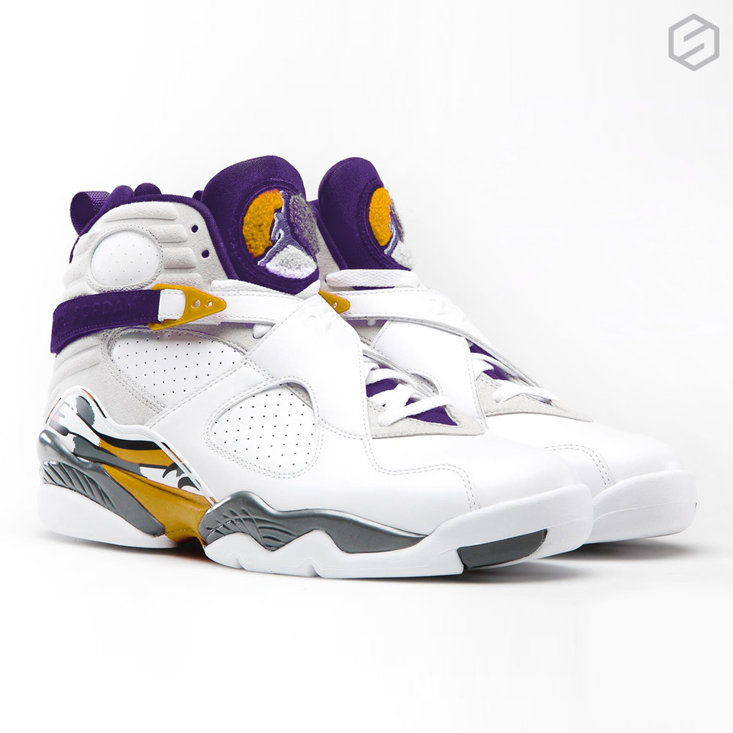 Nike look after their biggest stars and again created a shoe exclusively for those close to Kobe Bryant and the brand itself when they made these in 2016. Featuring LA Lakers gold and purple on both the Air Jordan 8 and Air Jordan 3, they were first worn by the basketball legend during the 2002-03 campaign - he wasn’t signed up at that point, so Nike decided to try and impress him with his very own kicks.

It’s now four years on since the original release and nearly ten months since the Black Mamba’s tragic passing - featured on StockX, the last pair on that particular outlet sold for £11,197.