Style
The pair combine for the first time since 2014 to produce a striking statement ahead of the new year.
Elliott Bretland
09:00, 26 Nov 2020

From a glow in the dark balaclava to swimming goggles that switch up into sunglasses, the latest Supreme x Stone Island collaboration boasts some of the quirkiest yet most practical pieces this year. The two giants of ‘outerwear cool’ combine for the first time since 2014 to produce a striking statement ahead of the new year. 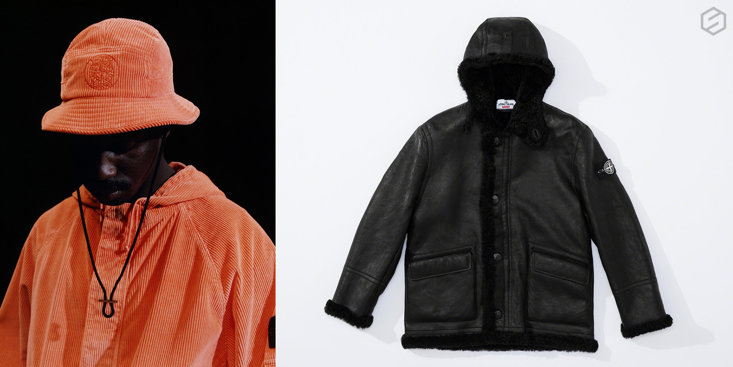 This is a strong end to a momentous month for Supreme with the company being purchased for a massive £2billion before they combined with footwear legends Timberland for a brilliant shoe collection. Now, joining forces with Stone Island, the iconic duo have created a bespoke cold-weather range including a jet black Hooded Shearling Jacket which we could envision Vinnie Jones or another heavy in Lock, Stock and Two Smoking Barrels looking the part in. It’s tough and durable. 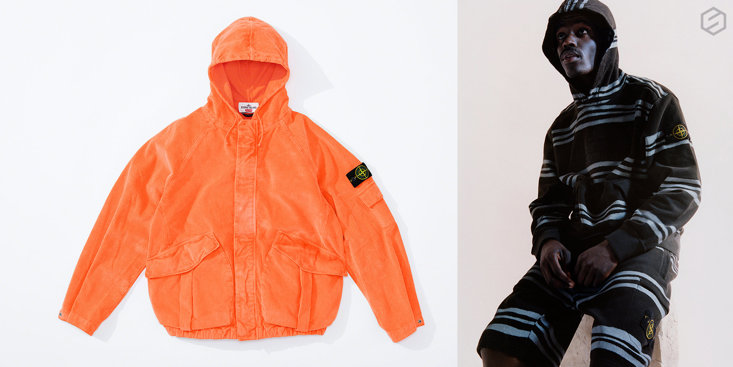 While it’s Baltic out there, we’ll be no strangers to heavy rain and gales, so the camo Crinkle Down Jacket, which is water and wind-resistant, is a must-have. As well, during a time when we aren’t venturing out as much as we normally would, there are Nylon Cargo Pants and sweat shorts for lounging in, which have been given the vintage dye treatment (introduced by the brand’s founder Massimo Osti back in 1982) to give you some cosy colour while it’s still gloomy outdoors. And what better to sit around in all snug than a hooded sweatshirt, also on the list. 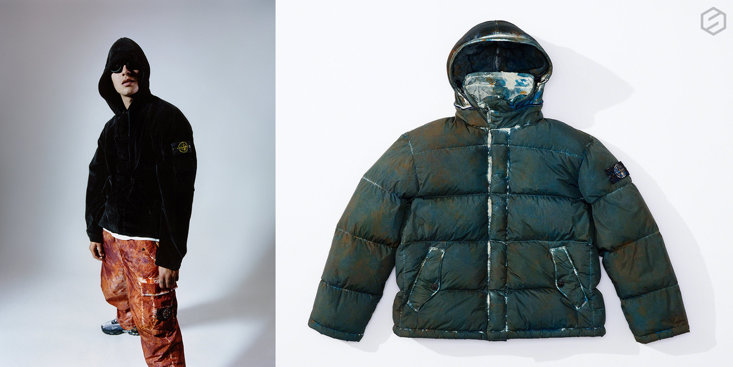 Added accessories including the glow in the dark balaclava and Baruffaldi Rek Goggles boost the collection further, giving you everything you need heading into December and beyond. Winter isn’t so bad after all.

The Supreme x Stone Island collection is out now.