As one season ends another begins, and one whether you like it or not you simply cannot avoid. Eight thrilling weeks of more grafting, drama and passion than you would see in a single Europa League game.

Love Island is back and we’ll help you ease into the game by comparing the love birds to our beloved football teams.

Sandwich man Joe Garratt walked into the villa last night with class and confidence, much like Nuno Espirito Santo’s Wolves last season. With an attractive style of play, the likeable lad has already punched above his weight by fending off Anton to secure a spot in Lucie’s heart, which has shades of Wolves’ performances against the top teams last term.

Titanic Tommy Fury bowled into the villa late last night and caught a lot of eyes with his star studded starting lineup. A foundation that means being built like a brick sh*thouse, having a chiseled middle and devastating good looks, produces comparisons to the formidable Manchester City.

There’s no doubt about it; the younger Fury is one of the big players. Brother Tyson might be a United fan but the better-looking sibling could clean up this season, and don’t put it past him being crowned champion.

Love Island
@LoveIsland
*Ding ding* Round 1: Meet Tommy, our professional boxer who is ready to win a heavyweight belt in grafting this summer 🥊 #LoveIsland
51
726

‘Bev’ and ‘bevvy’ could now be rammed down our throats for eight weeks, much like ‘Allez Allez Allez’ from the new European Champions. Despite this, there is no arguing that Lucie - much like Liverpool - is easy on the eye and has got her fair share of admirers. She has made a bright start to life in camp and doesn’t look like dropping the ball anytime soon. This year could be her year.

“It is what it is” with Sherif and the exciting young talent - like Ralph Hasenhüttl’s Saints - shows early signs of promise despite being pied straight off the bat and there are certainly worries about him falling behind the rest of the pack. Seen last night passing on advice and knowledge like Southampton pass on their best players to the bigger teams.

Arrogant Anton thinks he’s the main man in Majorca and has thrown around compliments like Man United have thrown cash at trying to win back the Premier League. What he and United need to realise is the game has moved on and shaving your legs and dabbing on Instagram just won’t cut it anymore.

The 28-year-old pharmacist has experience on her side to survive the first week. Brighton’s two big assets Duffy and Dunk with Murray up top helped the Seagulls fly to safety and we think Anna will cling onto Sherif to survive an early elimination.

Love Island
@LoveIsland
Gif interpretation of putting your out of office on. #LoveIsland
23
366

The first contestant to arrive in the Love Island villa this season was the pretty Amy Hart who had a fantastic start. Her fun/honest personality shone through as she bagged her man in the early exchanges. However just at the end of the episode Anton took his eye of the ball to leave Amy disappointed. Reminiscent of Watford’s season after they won their first four games in-a-row, got to the FA Cup Final but manage to finish 11th and got spanked 6-0 in their last game of the season. 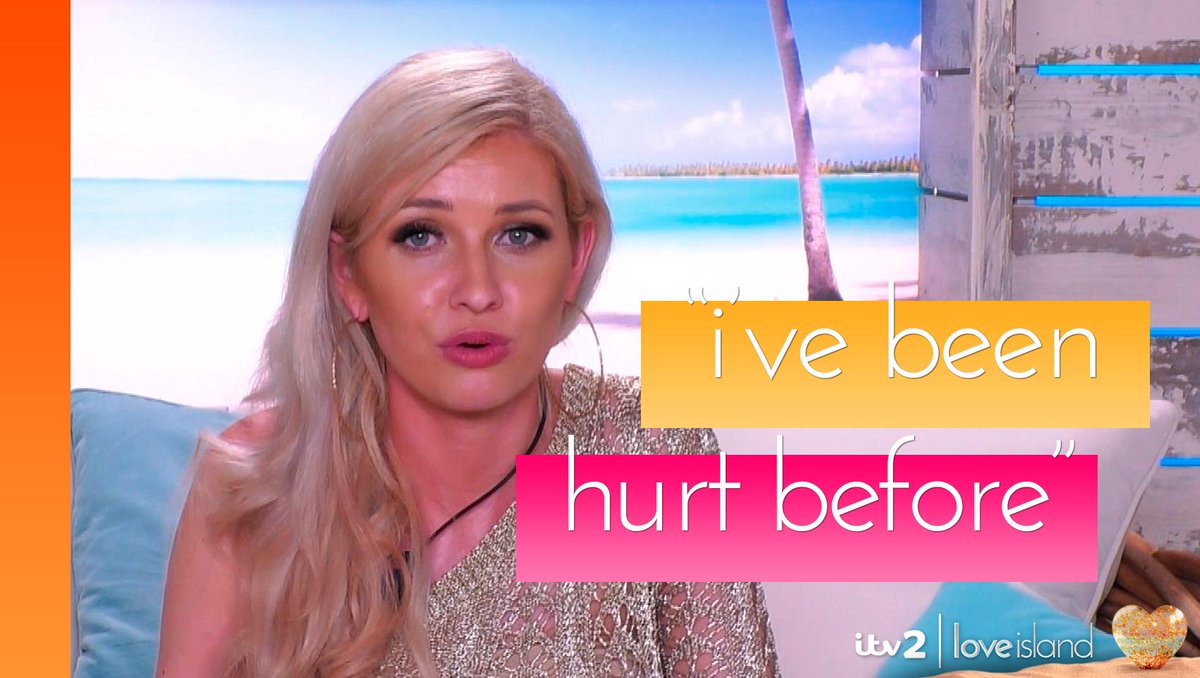 Curtis danced into the villa late on and with a big fan-base, a successful past yet exciting future and the professional shaker could stir things up with the top dogs like Newcastle next season after big investment. Howay Curtis, like.

Love Island
@LoveIsland
Pro dancer Curtis is ready to salsa his way into somebody's life, but will it all be just floorplay?! 😉 #LoveIsland
31
620

The straight-talking Geordie lass has come in all guns blazing and we think she’ll be ruthless but successful - similar to Chelsea. At first she may not seem likeable but the British public love a character and an entertaining Amber could end the season with a cash prize and a trophy man (before moving him swiftly on).

Love Island
@LoveIsland
Taking bets on Amber and Callum still being together by the end of the episode. #LoveIsland 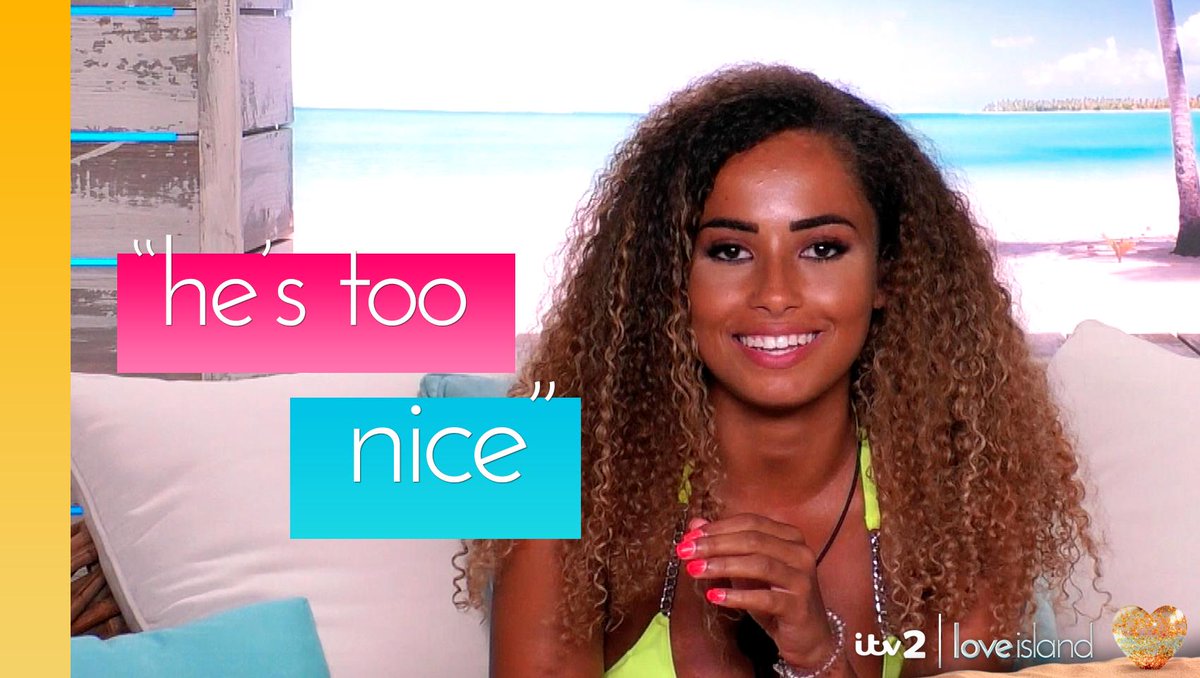 The aircraft engineer seems hardworking, shrewd and effective but we don’t think he’s going to bring any flair or sexy tactics to the Villa. Watching Callum could be like watching Sean Dyche’s Burnley… anything but exciting.

‘On Paper’ firefighter Michael has got a strong attack with his trendy tattoos and winning smile but after a knockback from Lucie he showed a soft centre. Watching Michael last night was like watching Arsenal against a top six team; strong start out the blocks, but when it came to the crunch, he crumbled.

Love Island
@LoveIsland
THIS IS YOUR ONE HOUR WARNING! 🚨 We'll be running into your arms tonight at 9pm on @ITV2 #LoveIsland
104
1043

The lovely Yewande was a breath of fresh air on the opening show, she showed poise, intelligence and class. She is the Tottenham of this series, may not have won a trophy/had a boyfriend but will come good and looks a decent bet for a top four finish.

Love Island
@LoveIsland
"I couldn't flirt if you paid me to, terrible!” Scientist Yewande is looking for the formula to a steamy summer romance ☀️ #LoveIsland
88
834
x
Suggested Searches:
The Sportsman
Manchester United
Liverpool
Manchester City
Premier League
More
style
Vans Team Up With Rock Gods Foo Fighters For 25th Anniversary...
It’s hard to believe but it’s been a quarter of a century since Foo Fighters, one of the [ ... ]
style
Smash Those New Year, New You Goals With Umbro Project’s AW20...
The phrase ‘new year, new you’ could be seen as a cliché but seriously, the circumstances [ ... ]
style
Russell Athletic Team Up With BAPE For An 80s Hip-Hop And Skate...
It may be the first ever collaboration between the pair but BAPE and Russell Athletic have offered us [ ... ]
style
From Works Of Art To Freddy Kreuger, These Are The Rarest Nike...
Next year will mark another landmark in Nike’s illustrious history. It will be two decades since [ ... ]
style
The Best Rugby Boots To Help Improve Your Prowess On The Pitch...
The middle of winter means we can finally get stuck into some mud and start playing some rugby. Depending [ ... ]
style
Skepta And Nike’s Long-Awaited Fifth Sneaker Collaboration Set...
It’s been a long time coming, having been rumoured all the way back in 2019 and then held back [ ... ]
style
The North Face Combine High Performance With Serious Style In...
It’s a time none of us will ever forget in our lives. The global pandemic stopped us all completely [ ... ]
style
Vans Team Up With ‘Where’s Wally?’ For Fun-Filled New Collection
We spent hours as a child flicking through pages looking for that damn red and white striped character, [ ... ]
style
Adidas Take Us Back To A Nineties’ Icon With 2021 Predators...
The year is 1998 and David Beckham is a global superstar. The Manchester United and England midfielder [ ... ]
style
Nike’s Chinese New Year Collection Is A Fitting Tribute To The...
Chinese New Year is fast approaching and to celebrate, Nike are releasing a ‘Year of the Ox’ [ ... ]
style
Two Worlds Collide With LeBron James x Kylian Mbappe Nike Collaboration
They boast a combined 122 million followers on Instagram and are two of the finest sports people on [ ... ]
style
From A £500,000 Classic To Eminem, These Are The Rarest Air...
The Nike Air Jordan is classic yet bang up-to-date, cool and stylish, unique though instantly recognisable. [ ... ]
style
Adidas Take Bold Step Into The Future With Lightweight 4D Running...
We’re barely a week into 2021 but the future is already here with adidas’ brand new 4D Fusio, [ ... ]
style
Exercising In A Pandemic, Here’s The Best Face Masks To Wear...
It’s fair to say a lot of things happened in 2020 that none of us were expecting. Had you asked [ ... ]
style
Gucci And The North Face Take Us Back To The Seventies With...
The seventies. It was the era of disco, Jaws and John Travolta. Saturday Night Fever had people flocking [ ... ]
style
The Mean And Green Nike Challenger OGs Made From 20% Recycled...
Think ‘mean’ and ‘green’ and you might picture The Incredible Hulk tearing through [ ... ]
style
Adidas And James Harden Start 2021 With A Bang With The Vol....
December seems to be the month to release sneakers. With adidas’ basketball stars Donovan Mitchell [ ... ]
style
The Five Best Running Shoes Of 2020 To Help You Conquer Those...
Never before have running shoes been so heavily in the news with Nike’s Vaporfly going as far [ ... ]
style
Nike’s Air Jordan ‘PSGs’ Pay A Fitting Tribute To France’s Footballing...
Paris Saint-Germain have absolutely dominated French domestic football for the last decade, picking [ ... ]
style
Pharrell And Adidas Celebrate Their Long-Term Partnership With...
It’s been a busy year for Pharrell Williams and straight off the back of the launch of his very [ ... ]
style
From Air Jordan To SB Dunks, These Are The Must-Have Nike Sneakers...
It’s been another blockbuster year for Nike when it comes to sneaker drops, with the sportswear [ ... ]
style
From The Mandalorian To New Order, We Give You The Best Adidas...
Little did Adolf ‘Adi’ Dasler know when he began to make shoes in his mother’s laundry [ ... ]
style
Reebok And Bape Kick Off The New Year In Style With The Incredible...
Reebok have produced some absolute gems over the years. From the Classics to the Shaq Attack, we have [ ... ]
style
From Mbappe’s Mercurials To Totti’s Tiempos, Five Super Rare...
From the Adidas Predator to the Nike Tiempo, football boot culture has exploded during the last 25 years, [ ... ]
style
Nike Commemorate The Legendary Flu Game With Air Jordan 12s...
June 11, 1997. The Flu Game. One of the most legendary basketball games of all time. With the series [ ... ]
style
Nike’s HIIT-Ready Air Zoom SuperRep 2 Is The Ultimate Burpee...
2020 has been intense, so perhaps adding even more intensity to your daily life isn’t at the top [ ... ]
style
The New Dr. Martens Chelsea Boot Is A Celebration Of Two Giants...
A shoe that will have you radiating coolness while providing all the warmth your feet could ask for, [ ... ]
style
New Patchwork Sneaker Will Make You Fall In Love With Converse...
Is there anything quite as iconic as the Converse trainer? It is a brand which has now been around in [ ... ]
style
Invest In A Piece Of Iconic Michael Jordan Sneaker History Worth...
It became one of the many iconic moments in Michael Jordan’s storied basketball career, and has [ ... ]
style
Drake Continues To Be A Global Trendsetter With His Own Nike...
Drake is a trendsetter in every way and just like basketball legend Michael Jordan 35 years earlier, [ ... ]