The coronavirus has had an impact on every aspect of our lives, some welcome (we all seem to be exercising far more than usual), some not so welcome (seriously, we have to stop talking about Tiger King now).

One area that has seen huge leaps in innovation and popularity is technology, as we all find ways of staying in touch with friends, family and, in the case of Japanese sports specialists Asics, their hard-won consumer fanbase.

Having originally planned to launch their new range of performance shoes at the Asics Innovation Summit in Tokyo this year, the company, along with everyone else, found their plans sidelined. But, if you’re going to have an Innovation Summit, you need to innovate, and that’s what Asics have done with their first ever Virtual Reality product review. Pop on the headset, transport yourself to the innovation lab of the Asics Institute Of Sport Science in Kobe, Japan and get up close with their three new offerings. Ok, it’s not the same as holding one in the store, but needs must and all that.

The three options in question are the racing shoe, Metaracer, the spikeless track shoe shoe, Metasprint and the Volleyball shoe Metarise. The dramatic orange colour scheme is, according to Asics, Sunrise Red to celebrate the city of Tokyo.

“The three new shoes keep with the best Asics tradition: they help athletes to perform better, but also keep them safe at the same time,” said Kenichi Harano, Executive Officer and Senior General Manager at the Asics Institute of Sport Science. “Innovation has been at the core of the Asics DNA since 1949, when our founder Kihachiro Onitsuka decided the power of sports could help transform the lives of children in war-torn Japan. Kihachiro Onitsuka decided that the power of sports could help children overcome the challenges and hardships after World War II.

Asics carbon plate offering is designed to keep your feet as comfortable as possible across long distances. The toe-spring reduces the load on the calf muscle by 20 percent, which means ideally you use less energy and therefore run further. The mesh covering keeps you cool in the heat, and the sponge grip stops you sliding into a hedge when it rains. 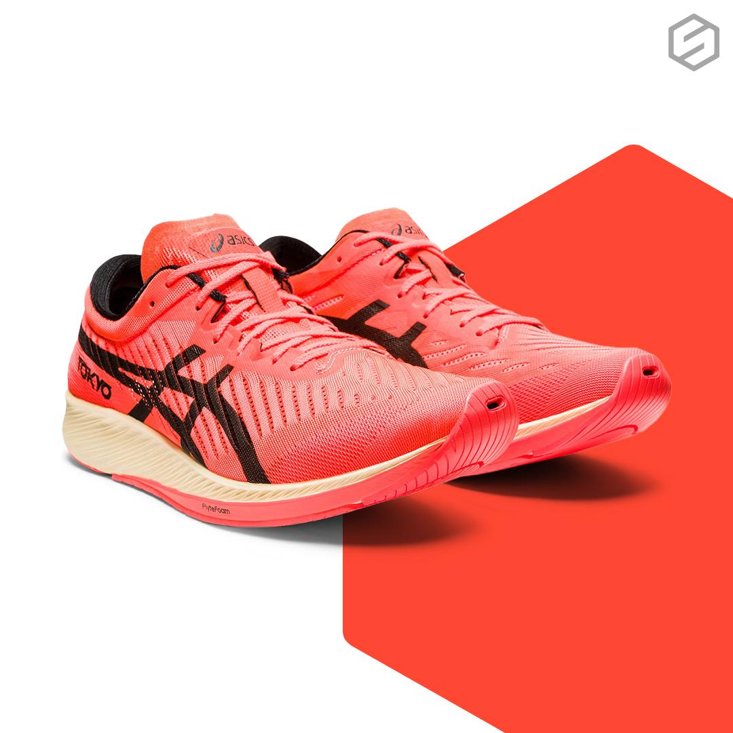 This track option comes without the one item track runners traditionally rely on: spikes. But don’t worry, Asics have replaced the spikes with a honeycomb carbon fibre outsole that allegedly enhances traction and delivers ‘explosive speed with each stride’. It sits snug on your foot thanks to both the stretch mesh and the supportive panels that wrap from insole across the arch, locking everything in pace. 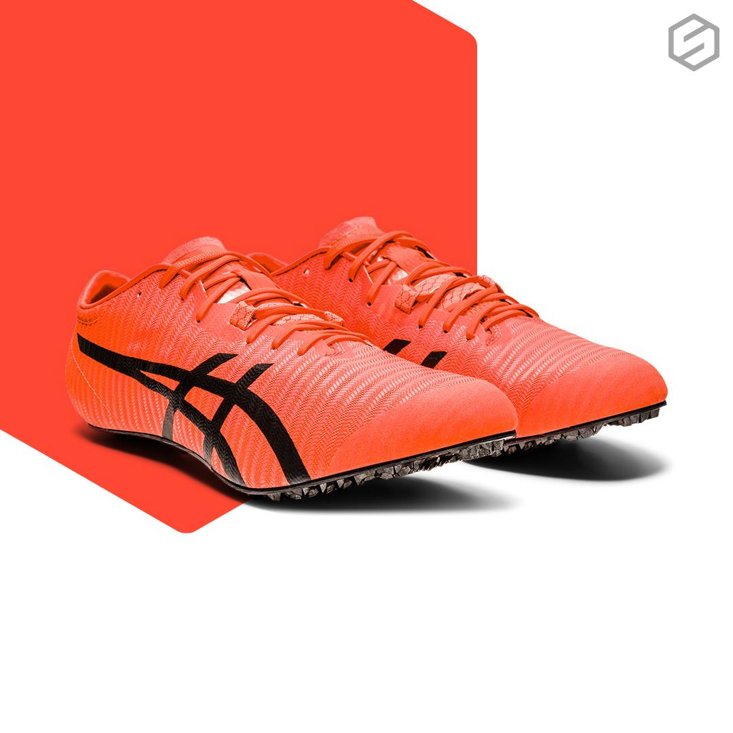 For volleyball players, that extra height can mean everything, and the Metarise is designed to do just that: give athletes an extra three percent in the air. How? It’s down to Asics’ brilliantly named Flytefoam Propel technology in the midsole, along with the curved heel design that gives that added liftoff. 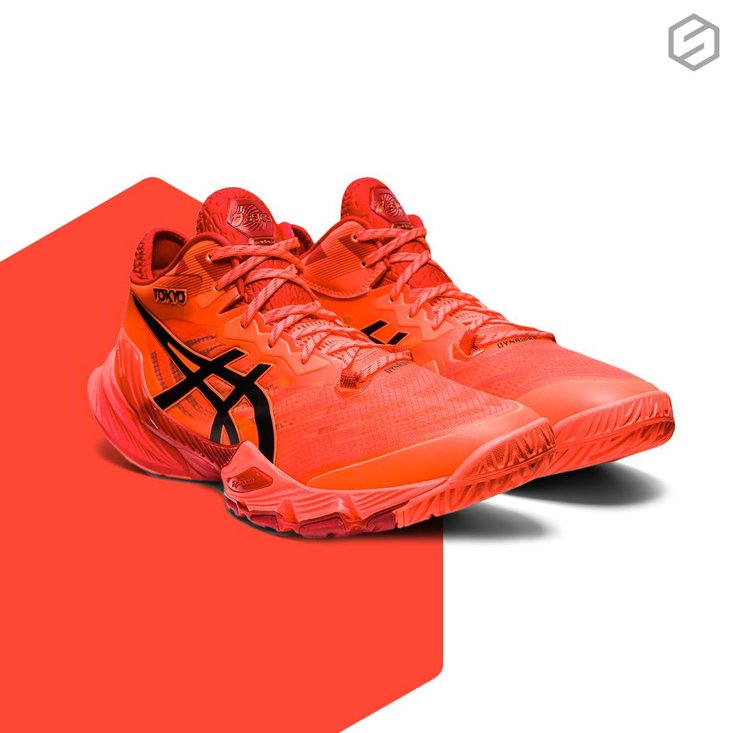