Style
New Balance have produced a stunning collection to mark the Reds' triumph on the continent
Elliott Bretland
17:01, 30 Nov 2019

European champions Liverpool have a brand new shirt to celebrate their success on the continent.

New Balance have designed a new collection to mark The Reds’ sixth Champions League triumph and they’ve gone back to black.

The Six Times Collection features a range of limited edition LFC items including trainers and hoodies which all feature a special edition crest with gold detail.

Liverpool defeated Tottenham in the final in June courtesy of a Mo Salah penalty and Divock Origi strike.

Kenny McCallum, New Balance General said: “With memories from Madrid still fresh in our minds, we are delighted to introduce the black Six Times Collection. We look forward to seeing Reds fans around the world in the new range.

Images of the new attire have been taken around the city centre where Jurgen Klopp and his men travelled on the club’s celebratory parade.

The collection goes on sale on December 4 2019 and will be available to order at www.newbalance.co.uk 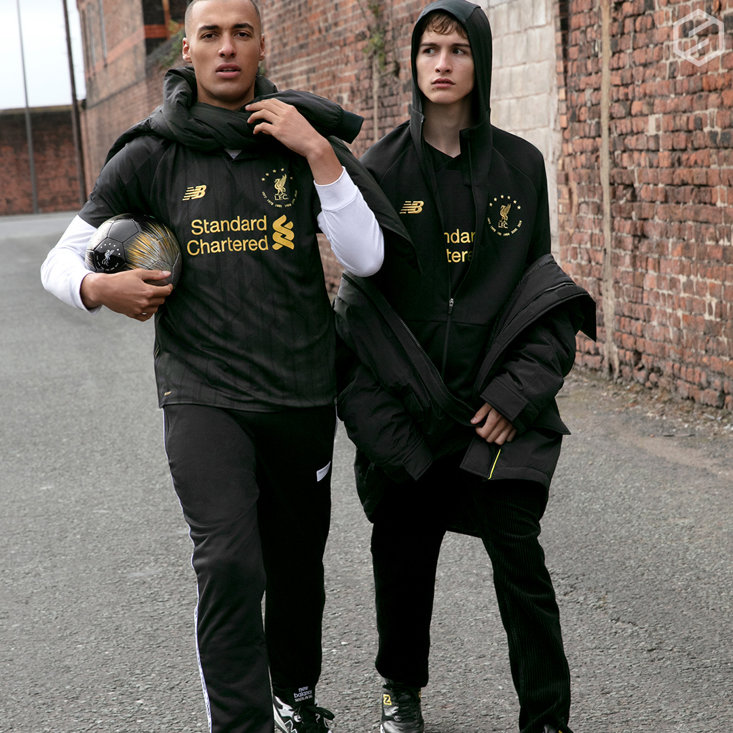