Premier League Champions Manchester City launched their new home and away kits this week - the first to be manufactured by Puma who have replaced Nike as kit supplier.

The home shirt - a pretty bland affair in sky blue with purple trim - made few ripples but the black away kit generated plenty of coverage because of its nod to Manchester’s legendary Hacienda nightclub. Yellow and black stripes run down one sleeve - a design forever linked with the interior of the infamous club owned by Tony Wilson and New Order.

Apartments now stand on the footprint of the Hacienda in the Castlefield area of the city which was a yacht showroom when Wilson and friends took a shine to it in the early 1980s.

As a staunch Manchester United fan not without a sense of humour, Wilson would probably be quite flattered by this homage. City’s away shirt - which is predominantly black - “celebrates the city’s Madchester years - a period of extraordinary cultural activity in the late 1980s and early 1990s.”

Wilson once told journalist Andy Mitten: “Football and music have always been two great ways out for kids. That feeling what you got when you walked into the Hacienda in the summer of ’89 was like I used to get when I walked into Old Trafford. It just hit you.”

But it’s not the first time that the yellow and black stripes - used prominently in the original industrial design of the club - have been used in sportswear. Back in 2007, 250 pairs of adidas Y3 trainers were produced to mark the opening of the Y3 shop in Manchester’s Triangle shopping centre.

Co-designed by Peter Saville, the legendary designer who founded Factory Records along with Wilson and Alan Erasmus, the trainers’ trademark three stripes were depicted in yellow and black stripes.

Y3, the brand created by Yohji Yamamoto and adidas, enjoyed a boom in popularity around this time and their shop in Manchester - now closed - was kept busy by a stream of limited edition designs.

The idea of the trainer, which had its own Factory catalogue number of FAC51-Y3, was to celebrate the 25th birthday of the Hacienda which happily coincided with the opening of the shop.

Manchester music figures such as long-time adidas nerd Ian Brown and Peter Hook helped to launch the trainers which flew off the shelves despite costing £345 - and that was 12 years ago. Sneakerheads queued overnight to get their hands on these limited-run shoes which were presented in tissue paper featuring images of the Hacienda by photographer Kevin Cummins and design sketches of the original club by designer Ben Kelly.

The trainers came in a six-sided wooden box which included a DVD about the club and Factory Records. Demand has seen the value of the highly-prized shoes rise steadily. The last pair sold on eBay went for £1,400 in June. 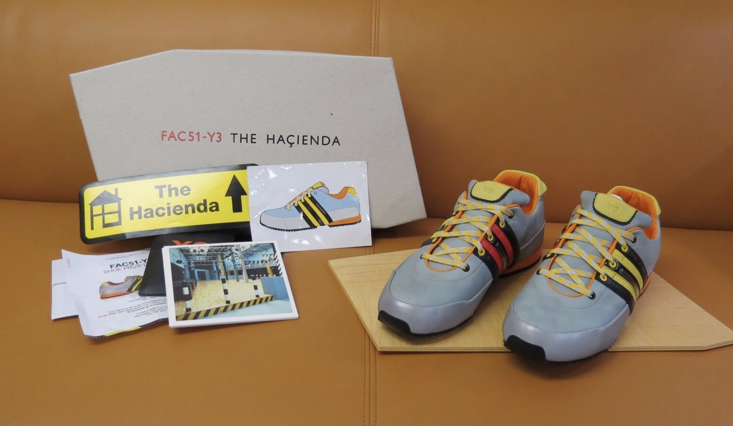 The limited edition Hacienda-influenced trainers made by Y3

Saville’s services were also called upon by Umbro for their 2010 England shirt. He came up with the idea of having different colour St George crosses across the shoulder panel of the home shirt to represent the multi-cultural make-up of England. Player names were printed over the design to emphasise the idea of the players being part of the “fabric of the nation”.

If you take a wander through Manchester, you’ll probably see Saville’s work on the Metrolink - he came up with the yellow and silver livery of the trams. He also worked on the Welcome to Manchester signs on the City’s borders. 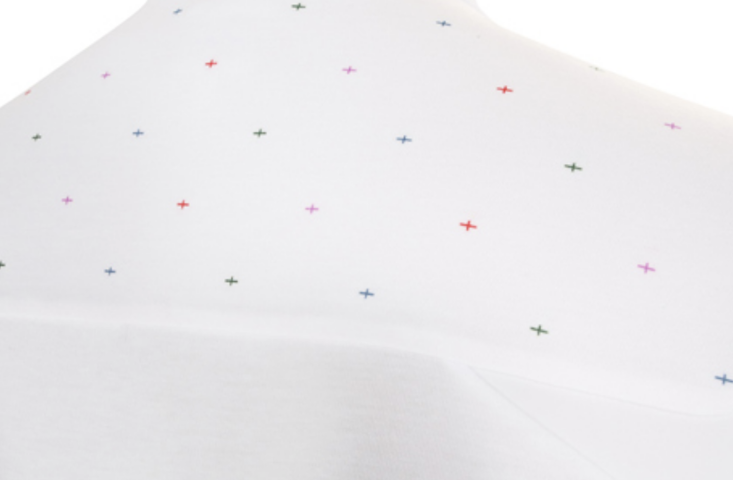 Football clubs are going through a period of being “inspired” by things. Last year, Manchester United’s pink away kit was “inspired” by the Pink Final, the city’s Saturday sports newspaper produced by the Manchester Evening News which was a staple of city life for years.

In a gloriously frothy press release, Puma enthused about the Hacienda’s influence on the new kit.

“Peach and City blue pops create a colourful representation of this legendary cultural icon that was the heartbeat of the city,” said Adam Petrick, Puma’s global brand marketing director.

“We want the club’s global fans and local Mancunians to all feel invested in this, and it starts with combining our very creative kit designs with authentic stories from Manchester’s history and music scene. We want to bring Manchester City and Puma’s brand initiatives together when and wherever we can, and that means going beyond the pitch, into wider areas of football culture such as gaming, community, fashion and music.”

It all sounds very noble and makes you wonder if this concept can be pushed even further. Could the album artwork of the most famous Manchester City fans Noel and Liam Gallagher feature in a City kit? When they liked each other enough to be in the same band in the mid 1990s, the brothers helped to launch the new City kits, then manufactured by Umbro.

There is a precedent here. Several teams have been sponsored by bands. Wet Wet Wet were wishing they were lucky for Clydebank in the early 90s while Newport County wore a kit endorsed by Goldie Lookin’ Chain. The likes of Motorhead, Pulp and Ian Brown have also lent their name to shirts in the past.

The Hacienda commands such a lofty position in Manchester’s history, it often feels like the club is actually still open. DJ nights celebrating the music of the venue take place around the world on a regular basis and the Hacienda Classics concerts which take the dance music of the time and reimagine it with orchestral backing, do great business at the box office.

With Manchester City’s latest tribute to the Hacienda, the club’s legend and brand worth shows no sign of weakening.

Manchester City
@ManCity
Anyone else obsessed with this kit? 😍
🔥 ➡️
🔵 #mancity 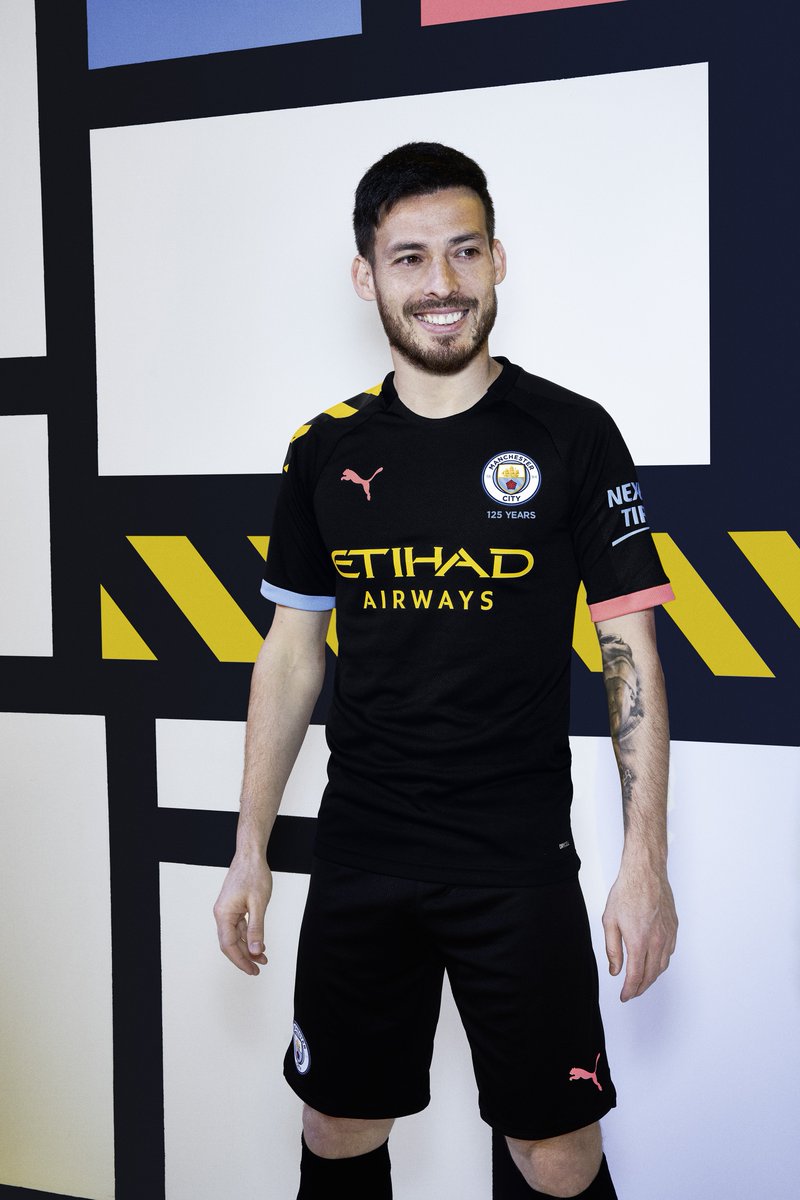 1179
9023
x
Suggested Searches:
Manchester United
Liverpool
Manchester City
Marcus Rashford
Premier League
More
style
Vans Team Up With Rock Gods Foo Fighters For 25th Anniversary...
It’s hard to believe but it’s been a quarter of a century since Foo Fighters, one of the [ ... ]
style
Smash Those New Year, New You Goals With Umbro Project’s AW20...
The phrase ‘new year, new you’ could be seen as a cliché but seriously, the circumstances [ ... ]
style
Russell Athletic Team Up With BAPE For An 80s Hip-Hop And Skate...
It may be the first ever collaboration between the pair but BAPE and Russell Athletic have offered us [ ... ]
style
From Works Of Art To Freddy Kreuger, These Are The Rarest Nike...
Next year will mark another landmark in Nike’s illustrious history. It will be two decades since [ ... ]
style
The Best Rugby Boots To Help Improve Your Prowess On The Pitch...
The middle of winter means we can finally get stuck into some mud and start playing some rugby. Depending [ ... ]
style
Skepta And Nike’s Long-Awaited Fifth Sneaker Collaboration Set...
It’s been a long time coming, having been rumoured all the way back in 2019 and then held back [ ... ]
style
The North Face Combine High Performance With Serious Style In...
It’s a time none of us will ever forget in our lives. The global pandemic stopped us all completely [ ... ]
style
Vans Team Up With ‘Where’s Wally?’ For Fun-Filled New Collection
We spent hours as a child flicking through pages looking for that damn red and white striped character, [ ... ]
style
Adidas Take Us Back To A Nineties’ Icon With 2021 Predators...
The year is 1998 and David Beckham is a global superstar. The Manchester United and England midfielder [ ... ]
style
Nike’s Chinese New Year Collection Is A Fitting Tribute To The...
Chinese New Year is fast approaching and to celebrate, Nike are releasing a ‘Year of the Ox’ [ ... ]
style
Two Worlds Collide With LeBron James x Kylian Mbappe Nike Collaboration
They boast a combined 122 million followers on Instagram and are two of the finest sports people on [ ... ]
style
From A £500,000 Classic To Eminem, These Are The Rarest Air...
The Nike Air Jordan is classic yet bang up-to-date, cool and stylish, unique though instantly recognisable. [ ... ]
style
Adidas Take Bold Step Into The Future With Lightweight 4D Running...
We’re barely a week into 2021 but the future is already here with adidas’ brand new 4D Fusio, [ ... ]
style
Exercising In A Pandemic, Here’s The Best Face Masks To Wear...
It’s fair to say a lot of things happened in 2020 that none of us were expecting. Had you asked [ ... ]
style
Gucci And The North Face Take Us Back To The Seventies With...
The seventies. It was the era of disco, Jaws and John Travolta. Saturday Night Fever had people flocking [ ... ]
style
The Mean And Green Nike Challenger OGs Made From 20% Recycled...
Think ‘mean’ and ‘green’ and you might picture The Incredible Hulk tearing through [ ... ]
style
Adidas And James Harden Start 2021 With A Bang With The Vol....
December seems to be the month to release sneakers. With adidas’ basketball stars Donovan Mitchell [ ... ]
style
The Five Best Running Shoes Of 2020 To Help You Conquer Those...
Never before have running shoes been so heavily in the news with Nike’s Vaporfly going as far [ ... ]
style
Nike’s Air Jordan ‘PSGs’ Pay A Fitting Tribute To France’s Footballing...
Paris Saint-Germain have absolutely dominated French domestic football for the last decade, picking [ ... ]
style
Pharrell And Adidas Celebrate Their Long-Term Partnership With...
It’s been a busy year for Pharrell Williams and straight off the back of the launch of his very [ ... ]
style
From Air Jordan To SB Dunks, These Are The Must-Have Nike Sneakers...
It’s been another blockbuster year for Nike when it comes to sneaker drops, with the sportswear [ ... ]
style
From The Mandalorian To New Order, We Give You The Best Adidas...
Little did Adolf ‘Adi’ Dasler know when he began to make shoes in his mother’s laundry [ ... ]
style
Reebok And Bape Kick Off The New Year In Style With The Incredible...
Reebok have produced some absolute gems over the years. From the Classics to the Shaq Attack, we have [ ... ]
style
From Mbappe’s Mercurials To Totti’s Tiempos, Five Super Rare...
From the Adidas Predator to the Nike Tiempo, football boot culture has exploded during the last 25 years, [ ... ]
style
Nike Commemorate The Legendary Flu Game With Air Jordan 12s...
June 11, 1997. The Flu Game. One of the most legendary basketball games of all time. With the series [ ... ]
style
Nike’s HIIT-Ready Air Zoom SuperRep 2 Is The Ultimate Burpee...
2020 has been intense, so perhaps adding even more intensity to your daily life isn’t at the top [ ... ]
style
The New Dr. Martens Chelsea Boot Is A Celebration Of Two Giants...
A shoe that will have you radiating coolness while providing all the warmth your feet could ask for, [ ... ]
style
New Patchwork Sneaker Will Make You Fall In Love With Converse...
Is there anything quite as iconic as the Converse trainer? It is a brand which has now been around in [ ... ]
style
Invest In A Piece Of Iconic Michael Jordan Sneaker History Worth...
It became one of the many iconic moments in Michael Jordan’s storied basketball career, and has [ ... ]
style
Drake Continues To Be A Global Trendsetter With His Own Nike...
Drake is a trendsetter in every way and just like basketball legend Michael Jordan 35 years earlier, [ ... ]