Style
In the third year of collaboration, FC Schalke 04 and kit manufacturer Umbro have unveiled their kit for the new season.
Jack Porter
08:05, 31 Jul 2020

FC Schalke 04’s connection with iconic clothing specialists Umbro goes from strength to strength with this triple-threat reveal of the eye-catching garb the Bundesliga team will be sporting across the 2020/21 season.

Showcasing the special relationship between Schalke and their fans, the outfits also come with a unique  message. Though these strange times aren’t allowing attendance and support in person, just remember to still Zeig, dass du Schalke bist - show that you’re Schalke. Better still, this Umbro kit release comes with its very own soundtrack

“I’m very pleased that we were able to bring Gelsenkirchen-based rapper Weekend on board for the launch,” explains Alexander Jobst, Schalke’s head of marketing. “ His song pays homage to the city and to our club.”.

Boyhood Schalke fan and Gelsenkirchen native, Weekend’s new song “Eine Liebe” (One Love) is an ode to Schalke 04 and his beloved hometown, a city steeped in unrelenting unity and an unabashed passion for Die Königsblauen. The music video was filmed at Schalke’s homeground of the VELTINS-Arena and in the surrounding city. The song is out now you can watch the video right here (link)

With the shirt unveiling accompanied by Weekend’s cracking track, Schalke’s ethos is clear: if you can’t be a fan in the stands, be an ambassador on the streets, and you’ve got the pick of these three beauties to be your uniform. 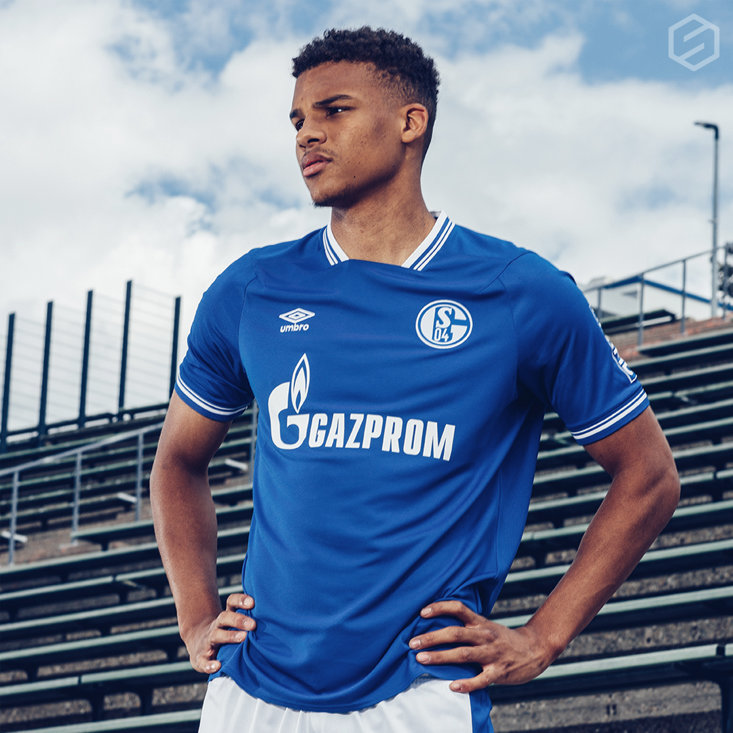 That iconic blue is more than a colour. It’s a symbol of the intensity of the Gelsenkirchen faithful and Die Knappen afar. This season, FC Schalke 04’s home look will be a classic, traditional and simple Royal Blue shirt with a white collar. There’s the all-blue knee-high socks, and the subtle two stripe pairing of white and the royal on the shorts. 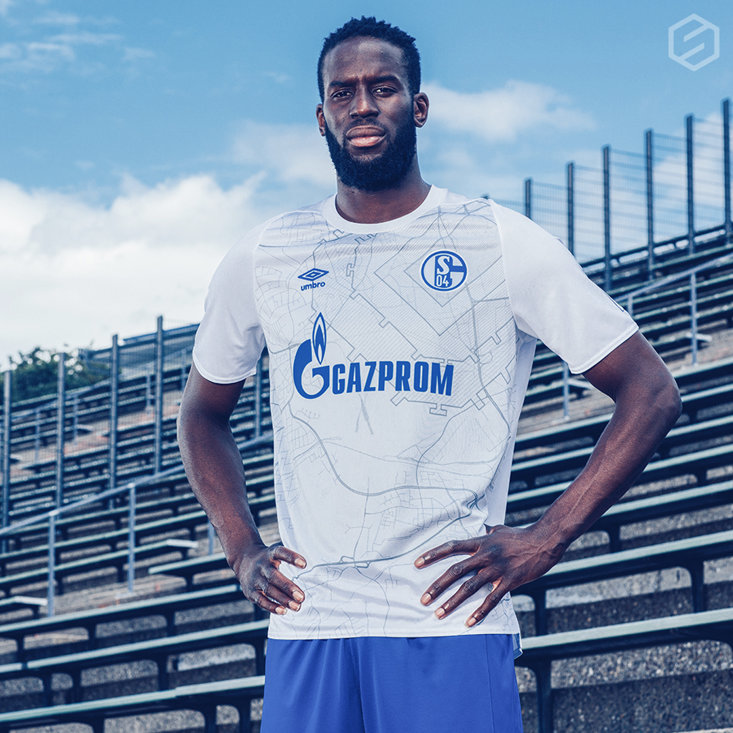 History is literally front and centre of the shirt Schalke will be sporting on their travels across Deutschland,  with the away top featuring a map of the streets and neighbourhoods surrounding their home stadium in the hub of the North Rhine-Westphalia, with their VELTINS-Arena presented on the chest of the light grey shirt and that iconic S+04+G badge suitably imposed in the centre of it. 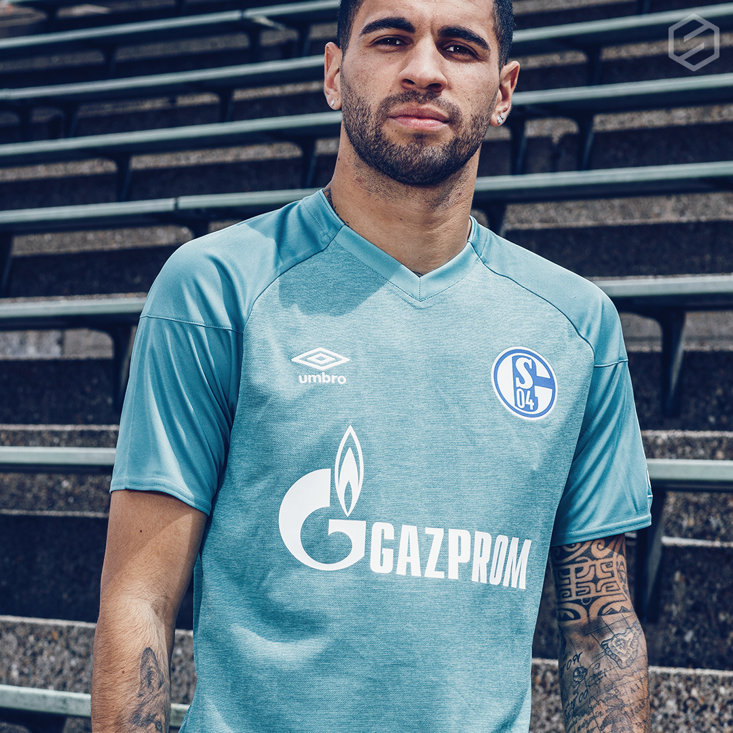 Completing this terrific triumvirate made available by FC Schalke and Umbro is another you’ll most definitely want in your wardrobe. Gone is the imposing dark night-sky themed display of last season, where a vivid sprinkling of lights represented Schalke’s devoted fanbase. Instead, Umbro brings a new, softer, classy ensemble in a delicate lime green shade alongside black shorts, paying homage to the city of Gelsenkirchen’s traditional colours, and whose crest features a lime tree.

The home, away and third shirts are now available to purchase for €84.95 in both online at store.schalke04.de and in all fan shops. Using the hashtag #UnleashYourSchalke fans will be able to follow the launch and post about the new shirts. The shirts are also available in women’s sizes for the same price of €84.95. Children’s shirts are available to purchase for €64.95. Furthermore, as part of a VAT reduction, Schalke are enabling a 4% discount to buyers, which will be automatically deducted at the checkout.

Schalke 04 and Umbro have nailed it yet again, and, buoyed by an upbeat song devised by a diehard Die Königsblauen, sporting these particular colours is bound to leave you anything but blue.