Where does your mind wander when you think of the 1970s? Do you hear the Bee Gees keeping people Stayin' Alive, do you see cinemagoers travelling to a galaxy far, far, away, or is it power cuts that spring to mind, or better still peak Bowie?

Wherever you go, whatever you see, when it comes to ‘70s casual footwear you simply can’t look past the iconic New Balance 320. When this sneaker from the legendary American footwear label first arrived on the high street way back in Gerald Ford-era 1976, the year of the Olympics in Montreal, the 320 helped vault New Balance to mainstream status as running became popular in the wake of that summer’s Games. 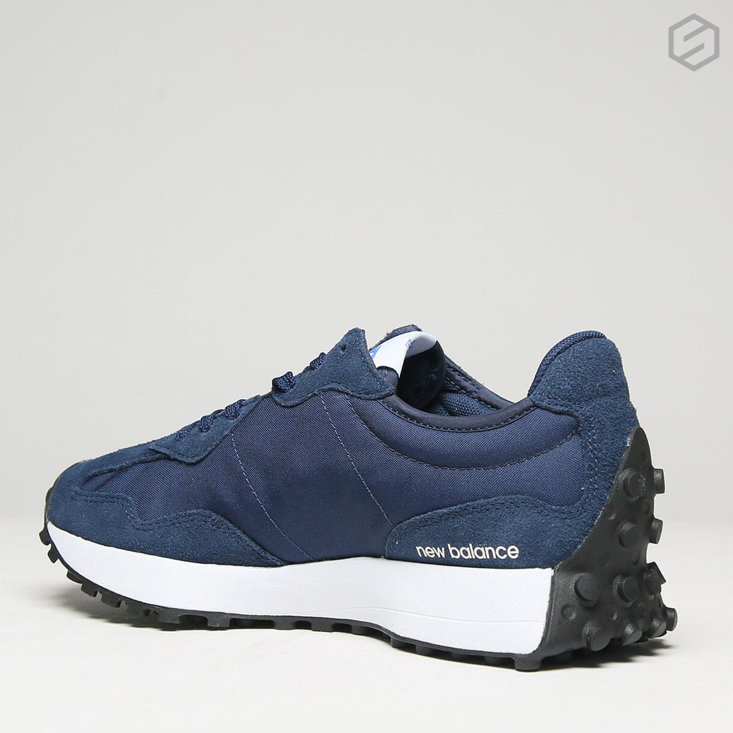 As a point of reference, it was when Bruce Jenner got his face on cereal boxes by winning the gold medal for decathlon with a world record-setting 8,634 points, getting kids and adults running again.

Forty-four years later the New Balance 327 is the latest silhouette from the American footwear label that seeks inspiration through the annals of NB’s illustrious history. The range of influence for the New Balance 327 launches not just from the 320, which was the very first NB trainer to have the now-world-famous N logo, but also its descendents. 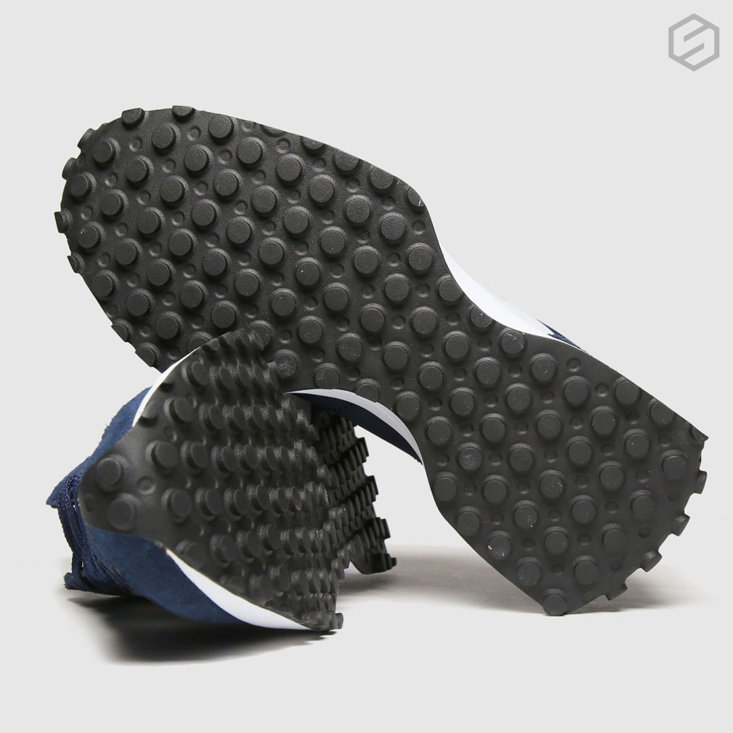 After its introduction in ‘76, that iconic shoe would later go on to win numerous awards at the NYC marathon, creating a strong following with the elite runners. A year later New Balance brought out the 355, designed with a studded outsole for better stability on trail runs, as well as the CompSeries, which announced to the world the SuperComp. It shares the 320 and 355 DNA, the SuperComp’s lightweight, versatile upper and wrapped forefront, standing out amongst the competition.

The 327 is inspired by our favourite ‘70s design elements. It takes the oversized design of the ‘N’ from the 320, outsole from the 355, and the upper from the SuperComp. The holy trinity of trainer throwbacks. 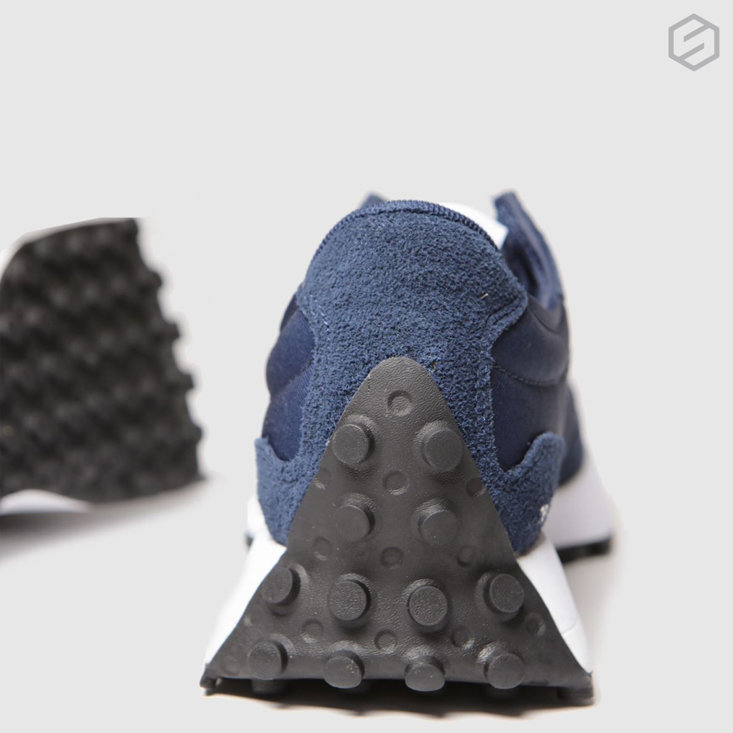 It also features a navy and white suede upper with a moulded rubber outsole. Manufactured with cutting edge technology, the New Balance 327 also enjoys an innovative midsole cushioning and a nylon/suede exterior, adorned with the exaggerated NB logo.

It perfectly encapsulates that ‘70s ethic - remember, retro is perpetually in vogue - with a split-tone aesthetic and classic silhouette only adding to the vintage feel. It also possesses an eye-catching studded outsole, providing excellent grip for the wearer.