The subject of endless leaks in the last few months, Spurs’ new third kit is finally with us and it’s an absolute beaut.

Both Nike and adidas have embraced the concept of a third kit with open arms in recent years, frequently coming up with designs that have overshadowed the primary and away outfits. Seemingly, designers can throw the crayons in the air and see what happens.

Now Nike has resurrected the classic Futura logo - the one with the wording and the Swoosh - which adorned some of their famous kits of the 1990s, including PSG and Dortmund.

The new Spurs third kit not only adorns the Futura logo, it also makes a nod to the many external panels at the club's new stadium. And its collar also harks back to the Umbro-manufactured kits of the early 1990s, when the club wore a sky blue shirt, not a million miles away from this week’s release.

This fashion throwback is something of a trend, as all Nike’s third kits for their main partner clubs are influenced by the 1990s, going heavy on current trends like bold sublimated designs, tape trims and bright colours.

The third kit for Atleti this year is a plain affair in sky blue, though the 90s sourced collar and original Nike logo lift it above the ordinary.

Barcelona’s third kit features the embedded cross and stripes of its club logo and is a striking green, complemented by red and blue.

Chelsea FC
@ChelseaFC
Introducing the new @nikefootball 2019/20 third kit!
Taking inspiration from the 1990s, the shirt features colours from one of the club's most unforgettable away strips and the Nike Futura logo reflecting iconic kits of the past. #ITSACHELSEATHING
👉 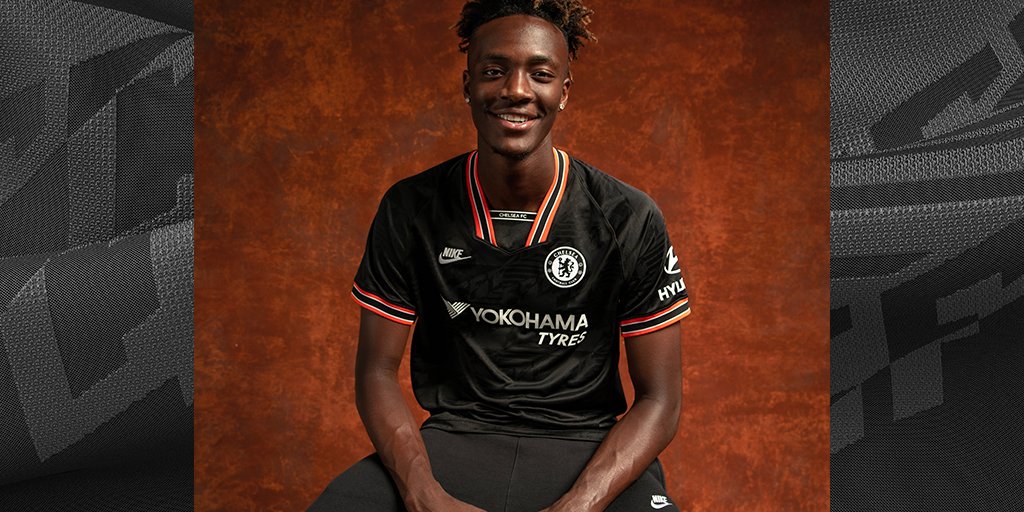 Nike’s relationship with Chelsea is relatively short but they've already produced some bold and eye-catching designs. The home kit features elements of Stamford Bridge’s architecture while the away one has the feel of a polo shirt with a button-up collar. This season’s third kit will be mostly black with orange and white trim.

Just the two shades of grey here for this Nike effort with the stripes conjuring up images of a template used by Barcelona. A rather drab affair if we’re being honest, despite the welcome inclusion of orange trim.

It’s something of a shock to see the famous Pirelli logo in its original yellow and red form here. Inter’s shirts just wouldn’t look the same without that elongated P across the front and this third kit - in charcoal - finishes off a strong set of kits for the Milan club. Their away kit in mint green will take some beating.

I hate using “clean” to describe kits but the third kit from PSG is certainly that. A crisp white shirt with red and blue stripes evokes memories of the strip worn by the Allies in Escape To Victory.

There is some stiff competition for the title of best Roma shirt and this is certainly a contender. The dark blue body is offset with maroon and yellow collar, making this one of the most impressive releases of the summer.