There’s a reason he was the first ever sport star to make over $1billion. It’s said that three out of every four pairs of basketball shoes sold in the USA are his brand.

In June 2020, the latest model in Nike’s lucrative collaboration with ‘His Airness’, Michael Jordan, will be released.

The Air Jordan 14 will arrive in a brand-new, tentatively titled ‘Gym Red’ design this summer and currently has a release date of June 13, 2020 with a retail price of $190.

It is designed with the Black and Red-White-Off White colour.

With a colour scheme overtly referencing Jordan’s colossal career with the Chicago Bulls, the shoe has a ‘Gym Red’ suede and nubuck construction on the upper that is then contrasted by Black and White on the overlays, midsole, inner liner, heel, and branding. The ‘Gym Red’ sets its lateral and medial walls in its deep, blood-red smooth colour, surrounded with greyscale branded icons on the heels and badges.

Of course, it features the iconic ‘Jumpman’ logo which has been the signature of the brand since 1988, four years after the first model’s launch 35 and a half years ago in November 1984. Designed for Nike by Peter Moore, Tinker Hatfield, and Bruce Kilgore, though it soon became the world’s most popular shoe, the colour scheme fell foul of the National Basketball Association (NBA) regulations. Players - including Jordan - were charged $5000 per game for sporting them. Nike happily paid the fines. 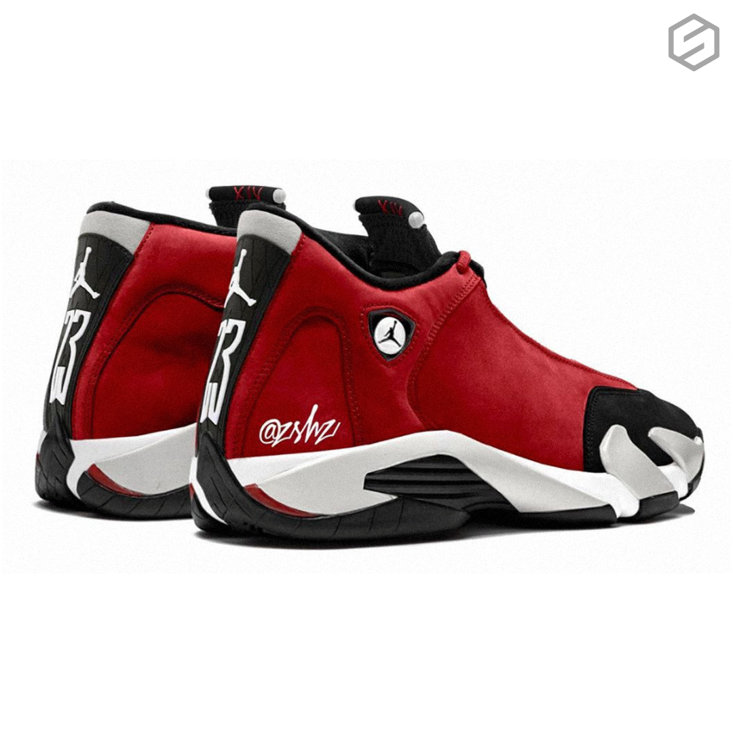 As Netflix’s The Last Chance series is finally giving us a legitimate reason to wake up early on a Monday morning as it documents the Chicago Bulls’ success in the 1990s, the reminder is there that the franchise’s crown jewel Jordan remains the NBA’s nonpareil, both as an athlete on the court and the most marketable sports star in history.

April 16 was the 17th anniversary of Jordan’s last ever professional NBA game (in a 107-86 loss to the Philadelphia 76ers with the Washington Wizards, fact fans), but MJ’s longevity and influence on basketball is demonstrated that the Air Jordan brand shows no sign of abating.

At the end of 2019, Nike’s iconic Jordan brand had its first ever billion-dollar quarter.

“The Jordan brand, on a wholesale equivalent basis, just earned its first billion-dollar quarter, an incredible milestone, and just as important, it was very high-quality growth,” Nike’s then-chief executive, Mark Parker declared at the time. Parker was succeeded as Nike CEO in January by John Donahoe.

Last year, Jordan himself collected an estimated $130 million. This was quadruple the amount of his nearest competitor in the basketball shoe market, the LA Lakers’ LeBron James ($32 million).  It’s also $3million more than the entire annual earnings of the world's highest-paid athlete in 2019, Lionel Messi.

Since Michael Jordan started lighting up the NBA as a 19-year-old in 1984, his cumulative off-court income has totalled to a reported $1.7 billion.  This brobdingnagian figure is almost 20 times the $90 million in salary he made in 15 seasons as a professional player.