When it comes to the teaming up of a major brand with a sports superstar, Air Jordan reigns supreme as the number one; created by Nike for basketball legend Michael Jordan in the mid-eighties, it came to define trainer culture for generations and even enjoyed a billion dollar quarter last year, such is its ever-lasting popularity.

However, there is another collaboration on the scene boasting a stellar name on the courts and an expert in sports apparel. Steph Curry, considered one of the greatest shooters in NBA history, joined forces with Under Armour in 2013 and they are ready to continue setting fresh trends. 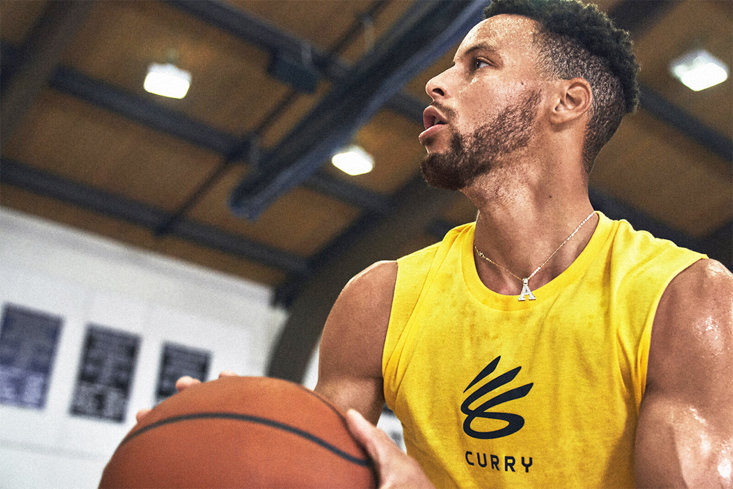 The new Curry Brand, announced at the end of November, will see the Golden State Warriors point guard fronting a brand new range in his name, with Under Armour’s basketball footwear available on December 11.

Curry’s Golden State Warriors jersey is always a top seller and he is a man adored, with 31.9million followers on Instagram alone. It’s no surprise, considering the 32-year-old has scooped two MVP awards and three league titles since becoming an Under Armour athlete.

With that in mind, we reckon the new trainers will be in high-demand and fans will have to be quick to get their hands on a pair. 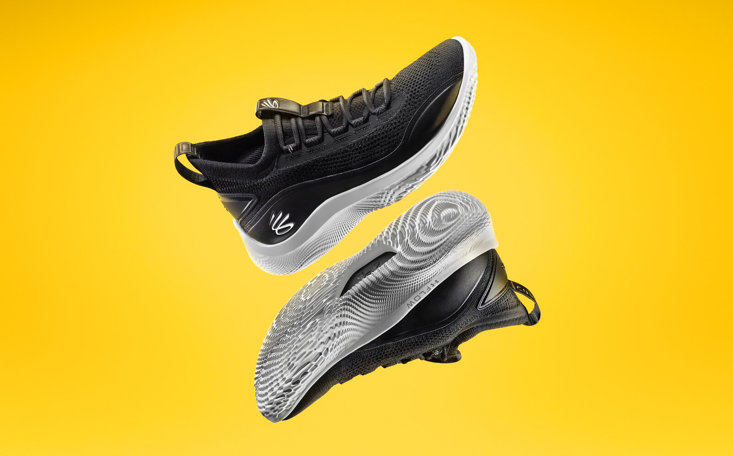 The Curry Flow 8 sneaker features two layers for easy movement on the upper while Under Armour’s UA Flow, that’s their all-new cushioning platform in the midsole, took three years to create and provides improved grip and traction with just one foam ‘unisole’ used as opposed to two or three usually made from rubber.

"We call it a unicorn foam," Tom Luedecke, Under Armour Innovation’s Director of Footwear Design, said of the innovation. "This system is completely built the opposite way from the ground up. We started with a soft, flexible foam with no outsole and added just the right amount of stability into it for Stephen’s game." 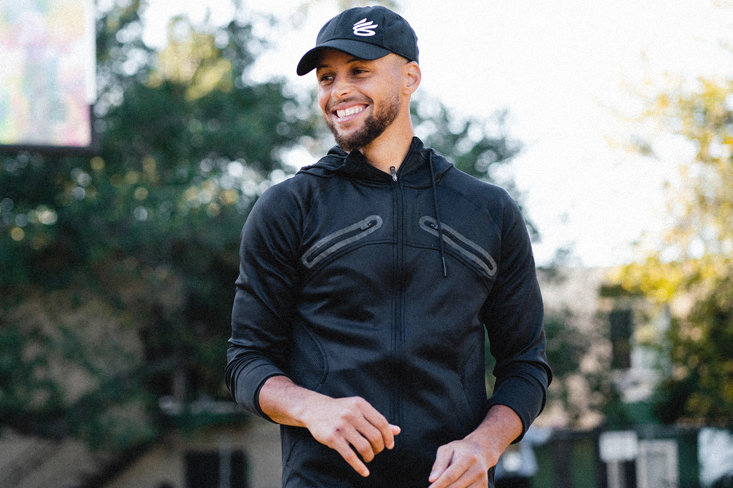 Curry’s signature is also featured on the heel and tongue in white flashes on the black kicks.

“We pushed so hard to make this happen," Curry said of the technologies featured to create the shoe. "The UA team moved mountains to bring this innovation to life. I can't tell you how good this feels on my feet and I'm hyped to wear it for years to come."

The trainers, priced at £120, will be available at Currybrand.com