Style
If Jordan wore them, people want them, and the only thing slowing them is the depth of their wallets
Ross Brown
09:00, 16 May 2020

There’s no escaping the fact that, mainly due to Netflix’s ‘The Last Dance’ documentary, the 57 year-old Michael Jordan is currently enjoying a wave of adulation not seen since the 21-year-old Jordan flew through the air in the 90s. And it doesn’t stop with record documentary viewing figures.

Pretty much anything Jordan has touched in the last three decades has monetary value, and nowhere is this more apparent than his sneakers: if Jordan wore them, people want them, and the only thing slowing them down is the depth of their wallets.

The current pair of signed, well worn, 1984 Air Jordan 1s on auction at Sotheby’s have already stormed past their estimate of $150,000 by a cool $40,000 and the numbers don’t look like slowing until the gavel falls on Sunday (to coincide with the final episode of the Last Dance). But where do they sit in the pantheon of big ticket second-hand sneaker sales? You’ll be surprised. Here’s our top five most expensive sneaker auctions of all time. 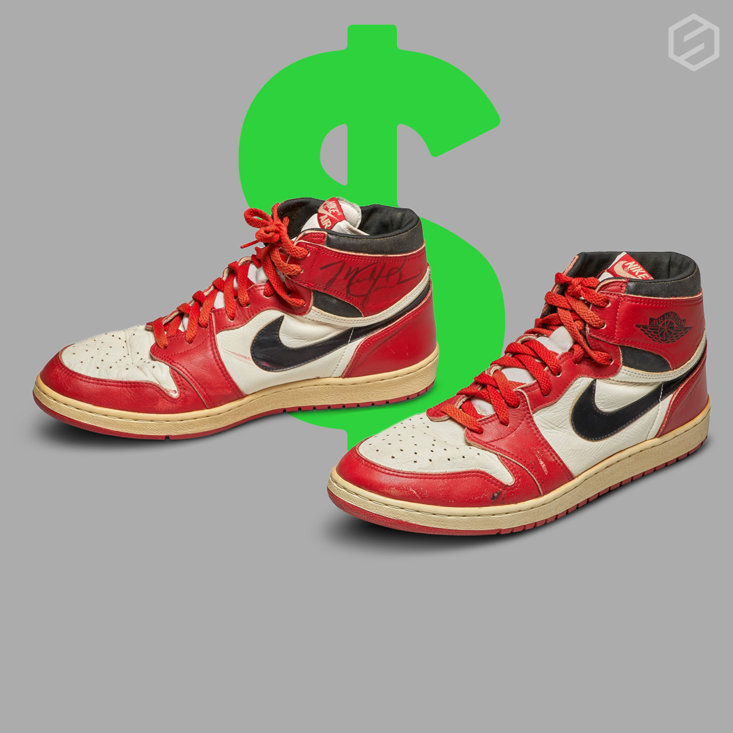 As The Sportsman recently explored, the world famous Michael Jordan and Nike partnership almost didn’t happen, mainly because Michael was an adidas fan. The Air Jordan’s themselves are the result of an attempt by the NBA to ban Jordan’s red and black shoes on court - Michael was fined $5000 every time he walked onto the court wearing a pair because the rules stated players “must wear shoes that not only matched their uniforms, but matched the shoes worn by their teammates."

Nike’s response? Pay the fine and make the sneakers available to the public. And if you have around $200,000 you can have a slice of genius yourself at auction. 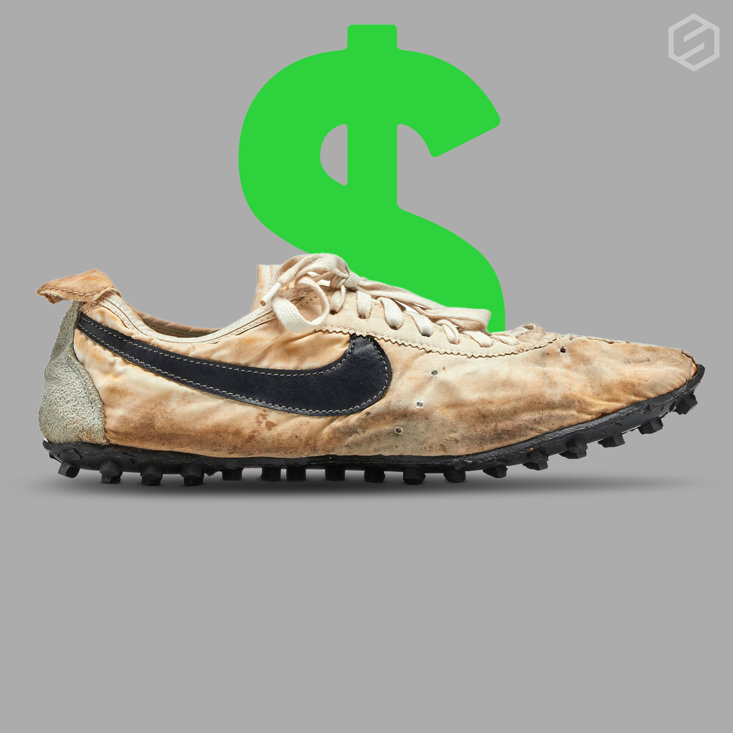 Canadian entrepreneur Miles Nadal dug deep last year and purchased 100 of the world’s rarest sneakers at auction for $1.2M. So big was the collection he had to have two runs at it. First he bought 99 pairs, including the Travis Scott Air Jordan 4s and Nike Mags (the Back To the Future self lacing shoes), for $850,000.

Then he came back the next day and bought the 1972 Nike Waffle Racing Moon Shoes for $437,500. Incidentally, they are called ‘waffles’ because the inventor, Bill Bowerman, used his wife’s waffle maker to design the prototype for the sole. 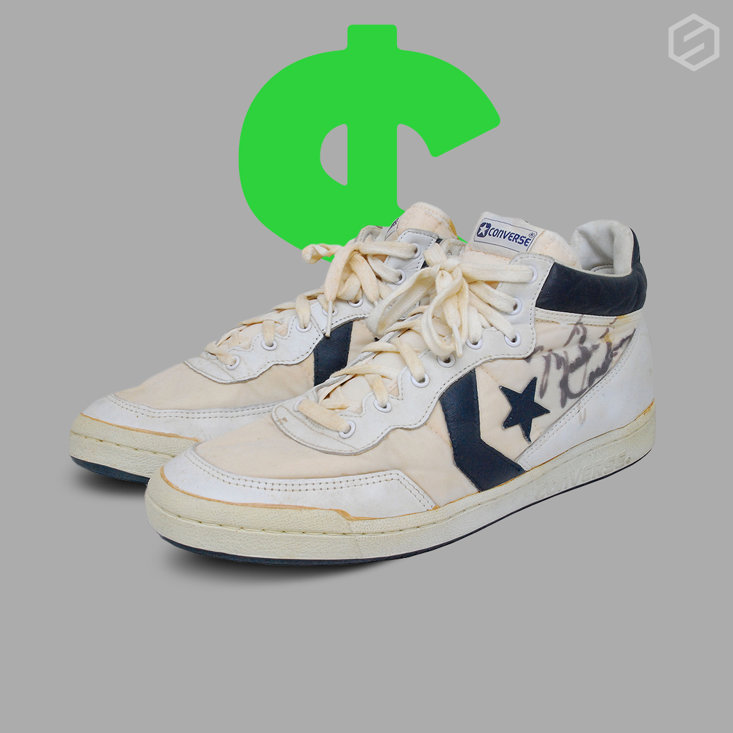 Worn by Jordan in the 1984 Olympics against Spain, these are the last pair of Converse the NBA superstar wore in competition and the last pair he won in a game as an amateur. The big ticket price came from their great condition and that they came autographed (excellent) and his orthotic inserts (when we said people will pay for anything Jordan has touched, we weren’t joking). 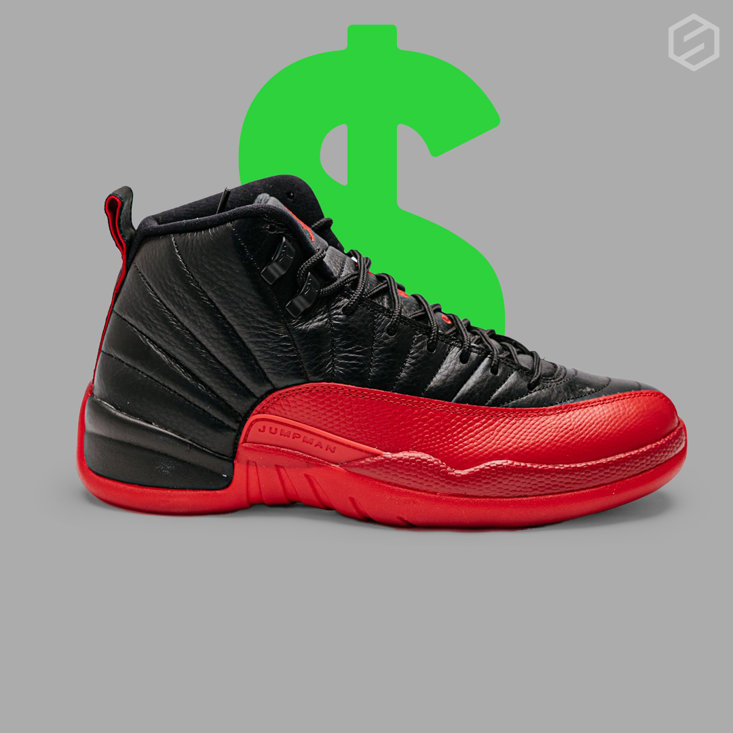 In 1997 a flu-ridden Jordan took to the court with a 103-degree fever and took the Chicago Bulls to a 90-88 victory over Utah Jazz. The story goes that the Jazz ball boy, Preston Thurman, asked Jordan for his Air Jordan XII’s, then got him to autograph them, then sprinted home and put them in a safe for seven years.

As Thurman told ESPN afterwards: ”I think my photo that Jordan's bodyguard took with me standing there, drove up the price because buyers didn't have to worry if they were real.” 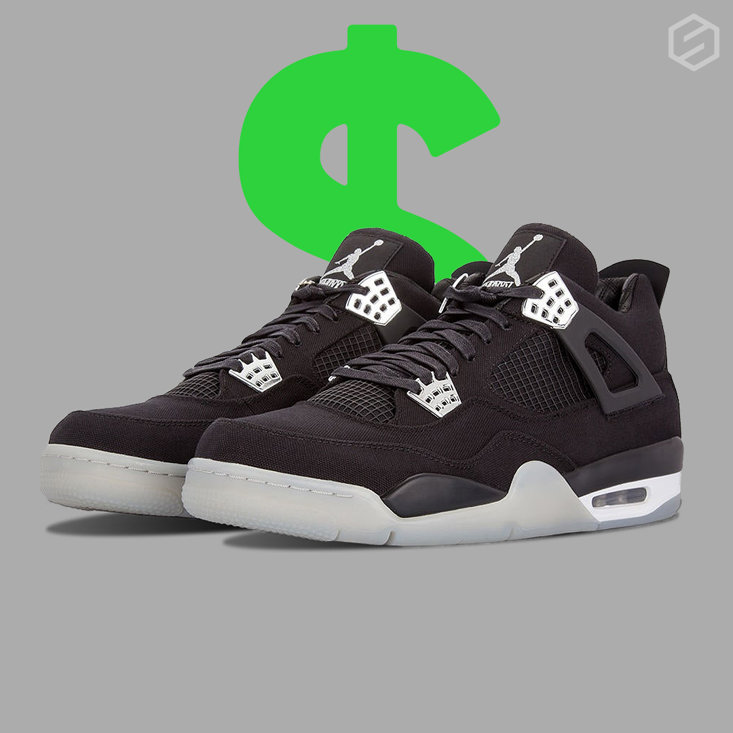 Both clothing label Carhartt and music master Eminem come from Michigan, and Eminem likes Air Jordans, so you’ll have already worked out how this collaboration took place. The sneaker is made from Carhartt material, and Eminem’s ShadyXV logo sits below the Jumpman logo.

Ten pairs went up for auction, and for you fact fans out there, the pair that went for the most amount of money were the size 9s for $30,100