Style
These boots can cover anyone from beginners to grizzled veterans
Ross Brown
12:00, 02 May 2020

When British heavyweight, Julius Francis, stepped through the ropes in Manchester at the turn of the century to face Mike Tyson, it was his boxing boots, more than anything else, that told you the 35-year-old didn't much fancy his chances against 'the Baddest Man on the Planet.'

Francis had accepted £20,000 from British newspaper, The Mirror, to have their logo emblazoned across the bottom of his boots, a shrewd move as the plucky Brit went down five times before he was out in the second round. But it highlights a truth about boxing - the world thinks all the action happens from the waist up, and the feet are an afterthought, something to be auctioned off to the highest bidder.

Nothing could be further from the truth. If you’re stepping into the gym for the first time, taking the bag work to the next level, or moving into the ring to see if your honed pad combinations translate into toe-to-toe battle, you need the best support you can get, and that starts from the ankles down.

Before you rush out and buy a pair, remember that boxing boots work in the exact opposite way to a pair or running shoes or trainers. They are designed to slip and slide, not grip and stick. These are not for running, or wearing into the pub. These are hours of skipping, footwork, pad work, bag work and sparring. These are for war. 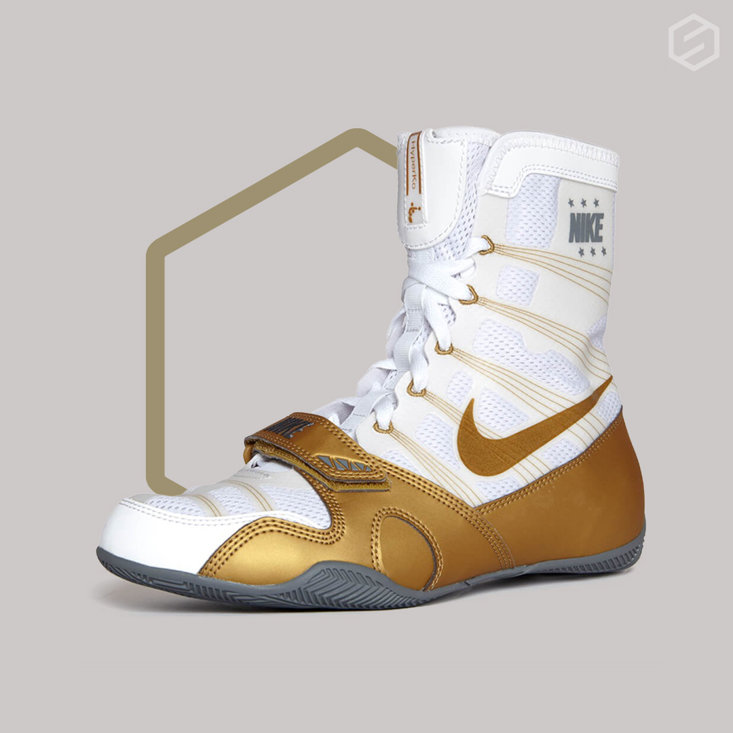 We couldn’t start our list and not begin with Tyson Fury’s personal Wilder busters: The shoes that took the champ one step closer to the top of the Heavyweight mountain. The lockdown strap across the base of the foot is designed to deal with the torque applied while delivering punches (we can probably all agree Fury has proved that bit works just fine) and Nike’s Flywire support technology keeps them as light and as ventilated as possible, while staying incredibly strong.

Best For: Fighting, singing, massive comebacks, reality TV - the world is basically your oyster, enjoy it. 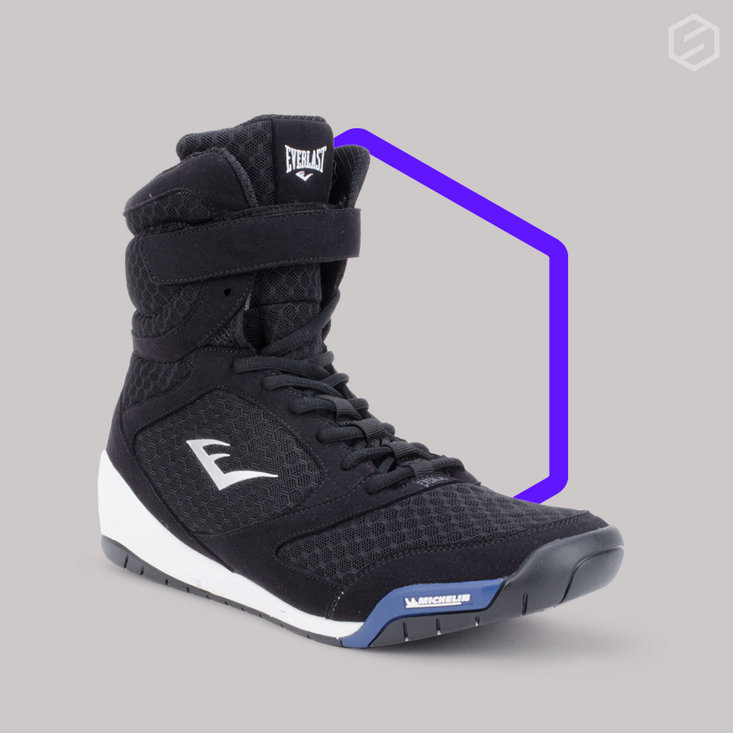 About as close to Deontay Wilder as you’d want to get, Everlast is the former champ’s brand and the High Top is an Everlast collaboration with Michelin, who provide the sole and cushion between your feet and gym floor. Where Fury has the lower strap, Wilder favours the ankle strap but both do the same thing - keep your feet in place when you put all your power behind the shot. The nice thing about the Everlast’s are their tread design, meaning these work just as well for skipping and pad work in the gym, as they do come clobbering time in the ring.

Best for: Sparring and gym work 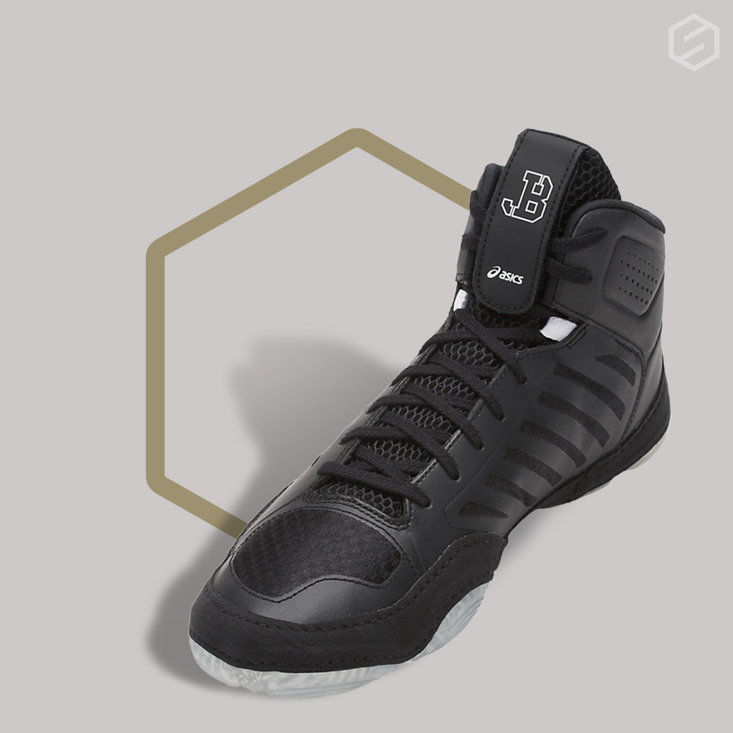 Technically an American wrestling shoe, but don’t let that put you off. This is a perfect entry level gym boot that states your ambition immediately (they also come in gold but a word of warning, if you’re not taking this seriously, don’t walk into the gym in a pair of gold shoes). Designed in collaboration with two time Olympic champion wrestler Jordan Burroughs, it comes with a single layer mesh for ventilation and the ‘serradial grip’ makes it perfect for training and bag work - that said, its grip is a bit sticky to make it the perfect sparring boot.

Best for: The first timer still deciding if boxing is for them 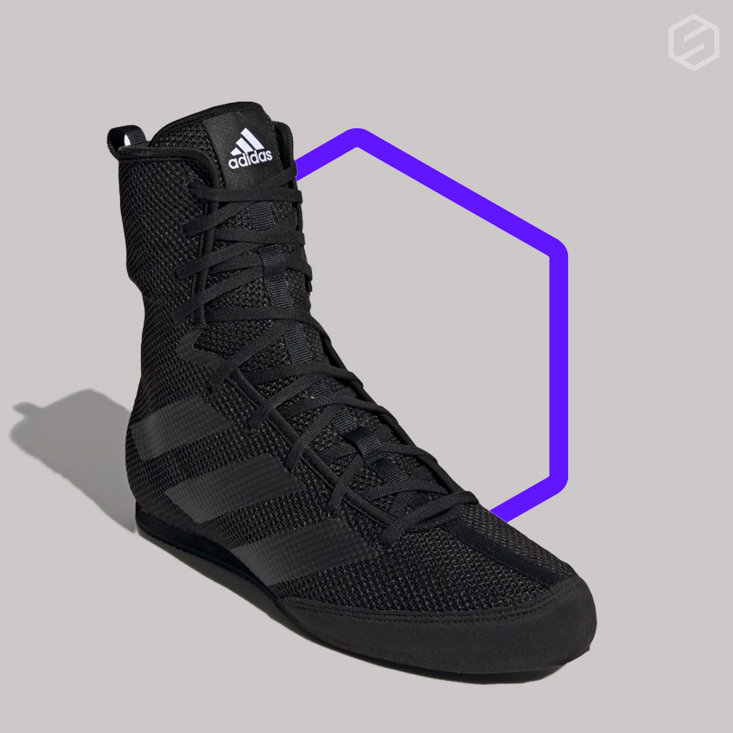 Walk into any boxing gym, anywhere in the world, and you’re going to see all three generations of Box Hogs, and almost all entirely in black. These are the first serious buy for almost every novice who decides that boxing could just be for them, and as a result you’ll never look out of place in a pair. The high tops lock your feet (and the all important ankle) into place and the lightweight material keep your feet as dry as possible. Great grip, strong support, Adidas down the side, what’s not to like?

Best for: The fighter on a budget - day one or your tenth fight, these will do the job 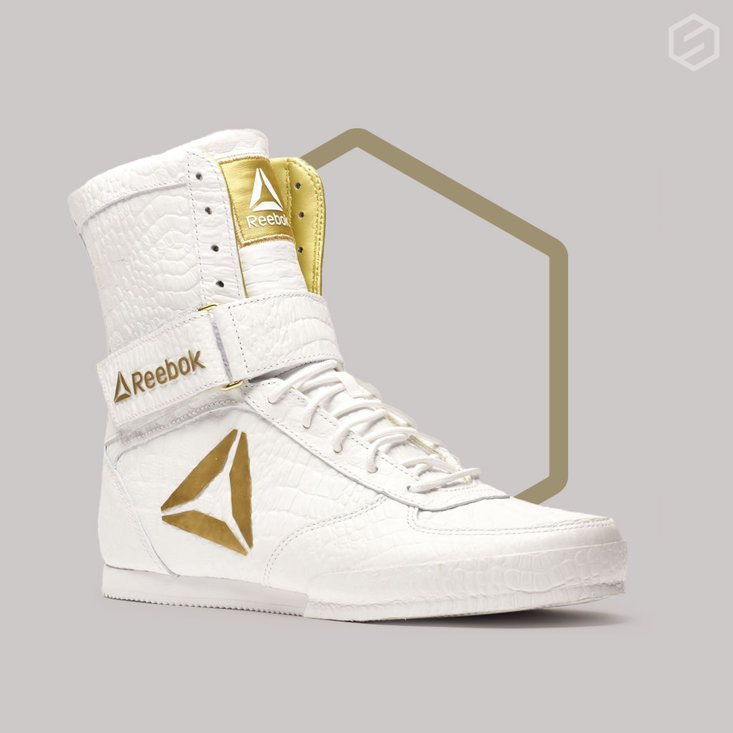 They’ve been hugely popular for a long time now, mainly thanks to the fact that they were the chosen boots for Floyd Mayweather to show off his skills. Reebok provide an ankle strap as their version of holding everything in place and it’s very hard to fault the boot. Designed for fighting, these are the respected old guys on the block that are going to get knowing nods the minute you pull them on, so get ready, as you’ve just announced your arrival to all the big punchers in the gym.

Best for: Showing off, wearing to the pub (forget everything we said in the intro on this one)