Adidas x football. They’ve just gone together perfectly since the 1980s. You know the script, everything about football culture on the terraces screams adidas from the Sambas to the Originals, the brand is steeped in history and synonymous with the people’s game. However, the latest match-up is a different story, one that takes you away from the terraces and the crowds, and it has been brought bang up to date with this latest release of the adidas Broomfields.

Its origins began with Mark Allison, who was a die hard Airdrieonians FC fan and dedicated adidas collector. Mark was diagnosed with pancreatic cancer and with just six months to live, began to raise money for the Pancreatic Society of Scotland, while two of his closest friends got in touch with the German trainer brand. 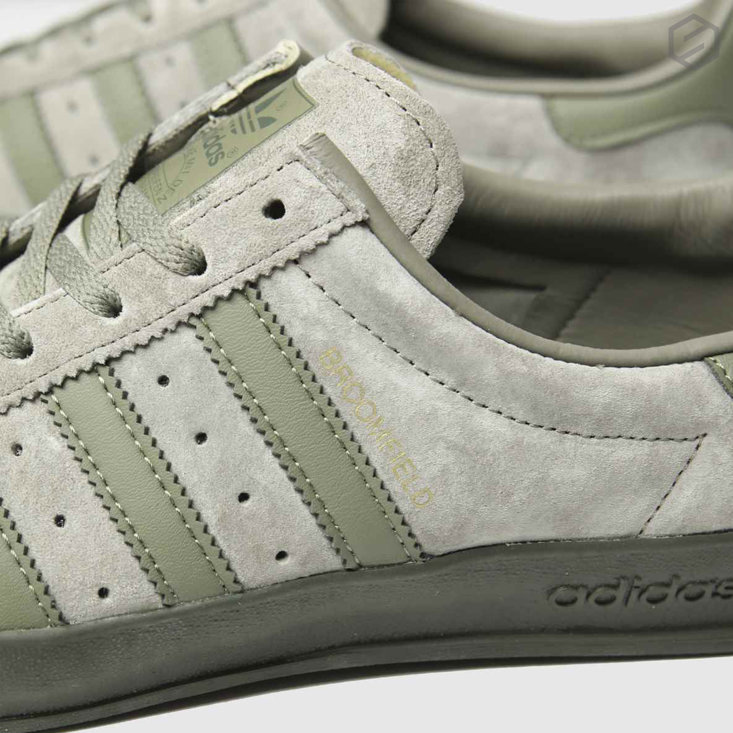 Celebrity support came flooding in for Mark and Airdrie FC, with the likes of Ricky Gervais, Tom Hanks, Ben Stiller and William Shatnar all signing Airdrie shirts to help raise money for the cause. And after two of his mates got in touch with the German brand, an ‘endorsed by Mark Allison’ Stan Smith trainer was commissioned by adidas in honour of his charity work, and although he sadly passed away the Mallison SPZL was released in 2017 and took inspiration from the original AS700, which was released in the 1980s.

Now the Broomfield puts a modern spin on the classic AS700 and takes the name of the former home of Airdrie FC (Broomfield Park) while continuing the legacy of Mark Allison. 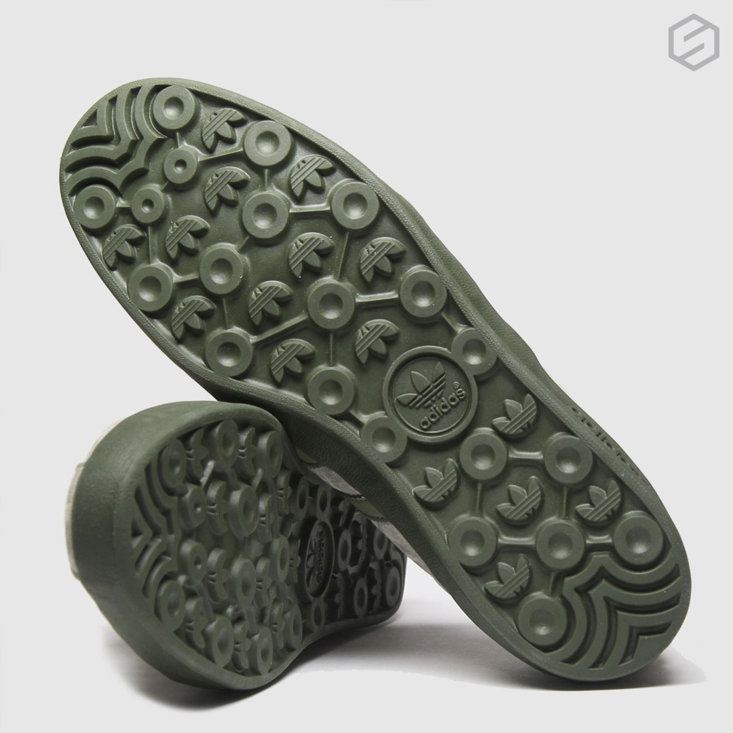 The ground was the home of his beloved club until 1994, but its name now lives on in the form of these sneakers. His name also adorns the inside of every single pair of trainers along with his date of birth and his age, (09  06 67 49).

A classic shape that goes with every outfit, these heritage pieces are available in a variety of colours which means it will match perfectly with the football shirt of your choice and a pair of jeans, in fact as you now know, the adidas Broomfield’s are simply synonymous with life on the terraces. 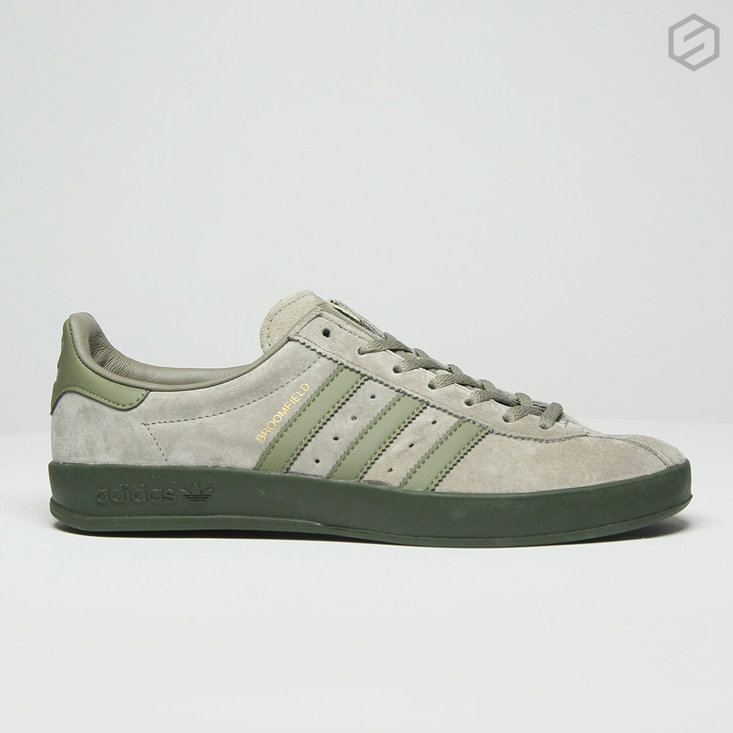 Comfortable, stylish and timeless - it’s not hard to see why these have stuck around. With the classic stripes along the side and iconic badge on the tongue these are instantly recognisable as adidas. With exceptional comfort as the priority, these fashionable sneakers will have your feet feeling supported yet stylish.

Made with quality materials, including a suede upper, you can feel the quality in every stitch of these Broomfields, while the design of the shoe is exquisite. Given the history behind the design, this line can be worn at any age and at only £75 it truly is a bargain at this price point.

Created in a suede upper be sure to get some crep protect on these to keep them looking sweet in the wet British winter.  But with every pair you are buying a piece of football heritage, these aren’t just any old trainers, they hark back to an old Scottish football ground, and Mark Allison. Perfect.