After nearly 100 years of proven quality, Umbro has the unique and extremely delectable palette to make the retro contemporary. Synonymous with ‘90s swagger and fit for the streets of today, the hallmark British brand keeps one eye on the past and the other firmly on the future.

Remember the 1990s? Forget tamagotchis, Friends, and Noel Edmonds. If you’re from the right - or rather, wrong - side of the tracks, it’s all about Britpop, Trainspotting, Gazza, and Oasis at Maine Road.

Finding fashionwear that combines the same sensibilities, Umbro reunites with new-generation icon Pretty Green, the so-cool-it-hurts brand that screams the sale of rock n’ roll to the everyman. 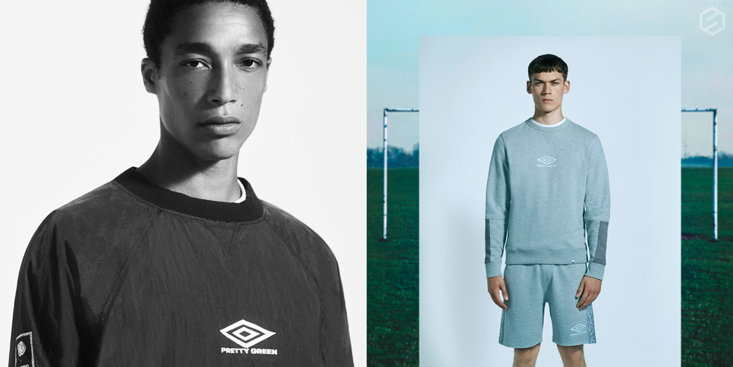 The second collaborative collection between Umbro and Pretty Green launches this month, and incorporates ‘90s sportswear and football terrace casuals, as well as being uniquely, uniformly, undeniably British.

Pretty Green takes cues all the way back to late ‘50s British street culture, amidst the baptism of rock 'n' roll which became formative to both fashion and music worldwide. Founded in 2009 by Liam Gallagher, Pretty Green proudly claims music, fashion and the unity between them at its forefront. Named, of course, after a track by The Jam, Pretty Green provides “simple, classic clothing with a modern twist”.

In these difficult times when the world needs to strive for unity and universality, Umbro and Pretty Green’s new collection harks back to an era associated with the biggest anthems that would inspire the common people into helping each other. The new collection pays homage to the ‘90’s, a decade, Umbro states, ‘when the nation chanted to the same anthemic tune’, particularly within the sports stadia which are so intrinsic to society. 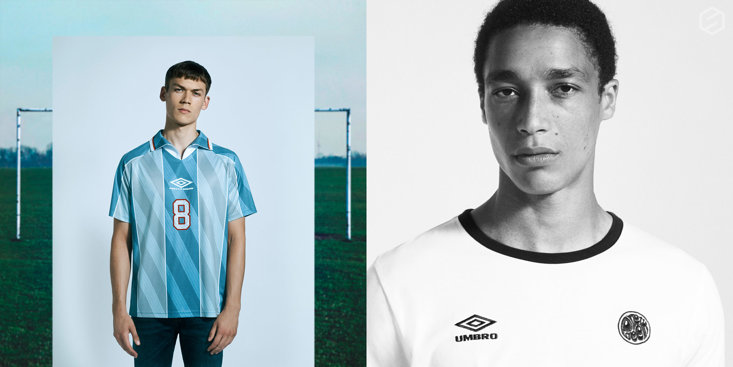 And so to the Umbro x Pretty Green collection. Hero styles include the long-sleeved drill top which is reworked in a new iridescent tech fabric and available in crew-neck and hooded iterations. Block-striped short-sleeved football shirts, recalling Umbro’s iconic Euro ’96 England strip, share rail-space with crew-neck t-shirts featuring Umbro’s instantly recognisable stripe-ticking combined with Pretty Green’s signature paisley on shoulders and sleeves. Long-sleeved training tops with tonal arm panels provide fresh interest alongside zip-through track tops and a parade of training pants. New to the second-round collection are drawstring jersey shorts, and limited-edition footballs, and, of course, where would a decent ‘90s selection be without the iconic bucket hats.

The first chapter in this beautiful relationship sold out straight away, and it’s odds-on the second wave will head for the same popularity.

Prices range from £30 to £85 with the collection available now at both www.umbro.co.uk/prettygreenxumbro and www.prettygreen.com/umbro 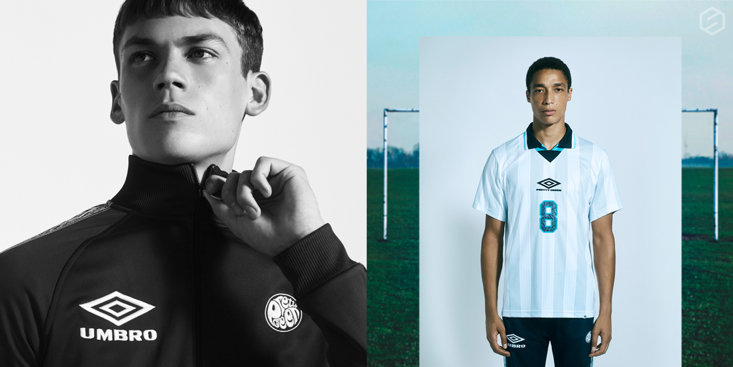