Omega has been on British super secret agent James Bond’s arm longer than any woman. Their relationship has now lasted a quarter of a century, since Pierce Brosnan’s debut in 1995’s Goldeneye (the one with Sean Bean and the woman who crushes men to death with her thighs). And if you needed a timely reminder of their avowed commitment to one another, there’s a fairly subtle reference in Casino Royale (2006), in which current 007 Daniel Craig made his bow.

Ahead of the 26th official release in the James Bond franchise, No Time To Die, now tentatively scheduled to open on November 25, Omega, direct from Q Branch itself, has released a gorgeous new watch: The Omega platinum-gold James Bond limited edition. 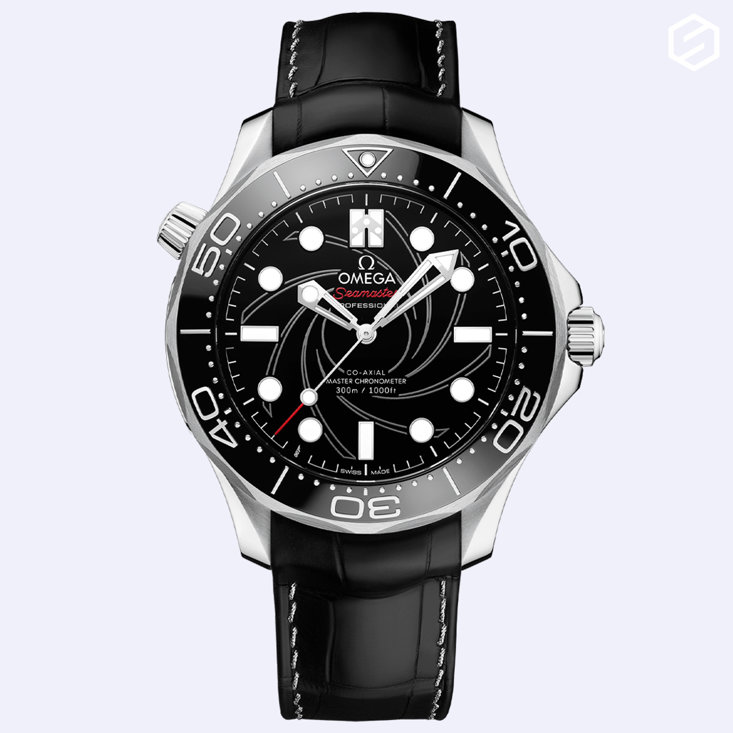 And whether you’re emerging out of, or re-immersing into, quarantine, you’ll most certainly have Time To Buy - that is if you manage to break in and out of Fort Knox, for it currently retails for £41,740. However, it looks like every single (money) penny has been well spent.

Shinier than Jaws’ gob, sleeker than an Aston Martin DB5 (with modifications), and neater and more covert than a venom-laced knife-shoe, the watch has a case made of platinum-gold and the dial features the signature spiralling gun barrel that (usually) opens a James Bond movie. The spiral is rendered in white gold over a black enamel dial with white enamel minute track.

Being limited edition, each watch is also imprinted with its unique number engraved on the case side. 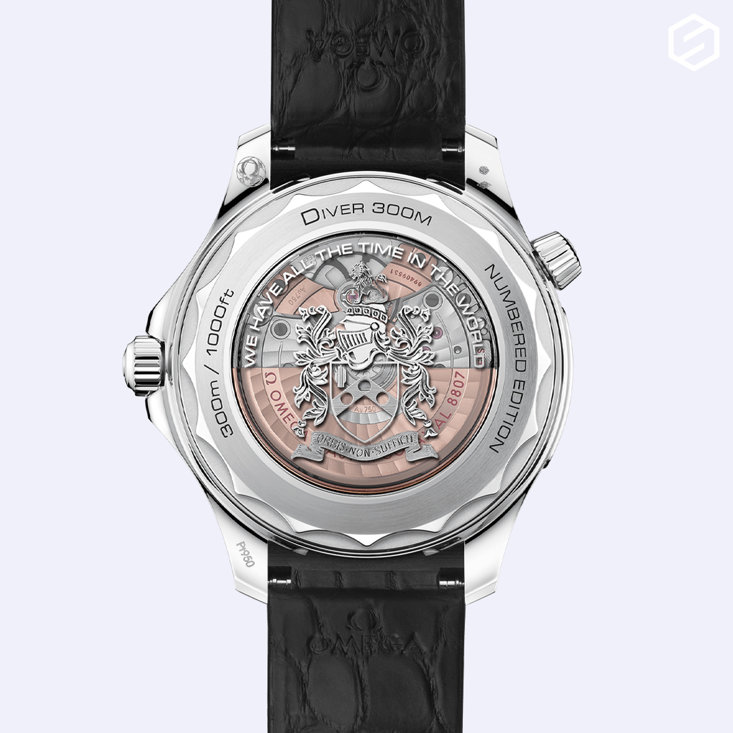 But it’s only just got started: when the clock strikes ‘7’, the number 007 gleams thanks to an application of glow-in-the-dark Super-LumiNova and in tribute to last year’s 50th anniversary of the sixth James Bond film “On Her Majesty’s Secret Service,” released in 1969 (the only one starring Aussie George Lazenby), it also occurs at 10 o’clock (representative of the ‘50’).

The Bond family coat of arms (seen first in OHMSS) with the motto ‘Orbis non sufficit' appears at 12 o’clock and on the caseback, where it is laser-engraved and filled with platinum on the sapphire crystal caseback. The hands, indexes and coat of arms are 18k white gold, and the bezel is black ceramic with a platinum diving scale in relief. The watch is driven by an in-house Co-Axial Master Chronometer movement, calibre 8807. 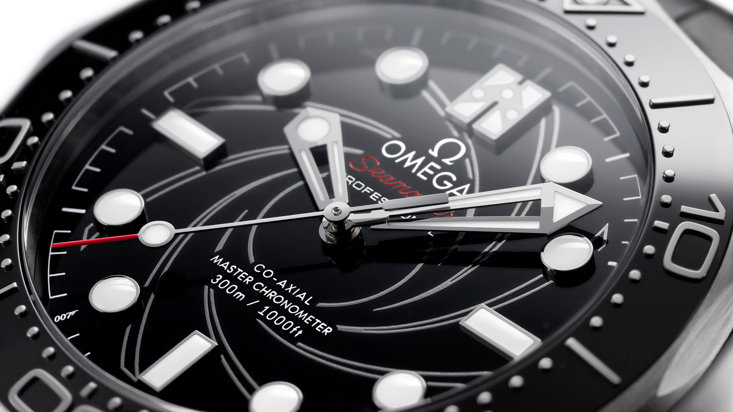 And if you find yourself in a particularly tricky wet and wild situation - maybe you’ve been launched in a shark tank, yet again - the watch is water resistant to 300 meters, and comes with a Globe-Trotter suitcase bound by NATO-inspired straps.

So whether you’re bungee jumping off a dam at a world-record height, casually bouncing over alligators, or just doing the usual driving a car sideways on two wheels: make sure you look good doing it. Do your Service. Go with Omega.