For a programme that supposedly stopped being funny after about 2002, The Simpsons is still a  cultural behemoth. Since it first premiered with Simpsons Roasting on an Open Fire all the way back in 1989, the show has remained in the public conscience, winning countless awards, earning a star on the Hollywood Walk Of Fame and spawning everything from films, video games, hit singles (Yes, we’re counting Do The Bart Man as a hit) and this year it will reach its 700th (SEVEN HUNDREDTH!) episode.

So it’s little wonder why Vans, an American icon in their own right, have decided to pay tribute to Springfield’s finest with their latest collection of footwear, apparel and accessories that’ll leave you screaming “Ay, caramba!” from the rooftop of the nearest Kwik-E-Mart. 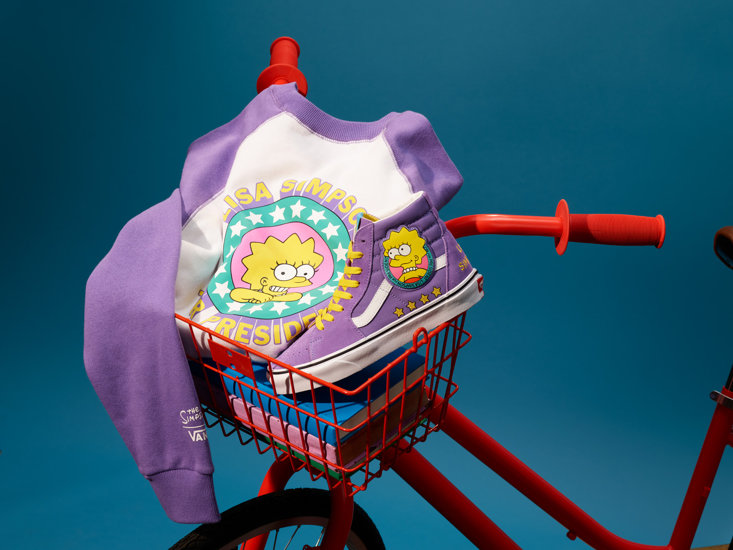 The Vans x Simpsons collection celebrates each member of the Simpsons family with plenty of references that diehard fans of the show will appreciate. Key pieces from the collection include the Sk8-Hi and Men’s Chukka Pro. The entire Simpsons family make an appearance on the outside of the Sk8-Hi, with the iconic checkerboard print on the medial in signature shades of blue and yellow.

The Men’s Chukka Pro, on the other hand, pays homage to everybody’s favourite prankster Bart Simpson with an extra emphasis on Bart’s alter-ego, ‘El Barto’. Rounding out the footwear collection are eight more styles that pay homage to beloved Simpsons characters. Moe and the Bouviers occupy Old Skool colourways while cartoon murder-mouse Scratchy gets a toon-filled Era style. Lisa is featured on a lavender Sk8-Hi, while Mr. Plow rightfully resides on a Sk8-Hi MTE style. Rounding out the footwear collection is a skate-approved color block Slip-On Pro along with a Slide-On sandal inspired by the famous pink Homer Simpson donuts. 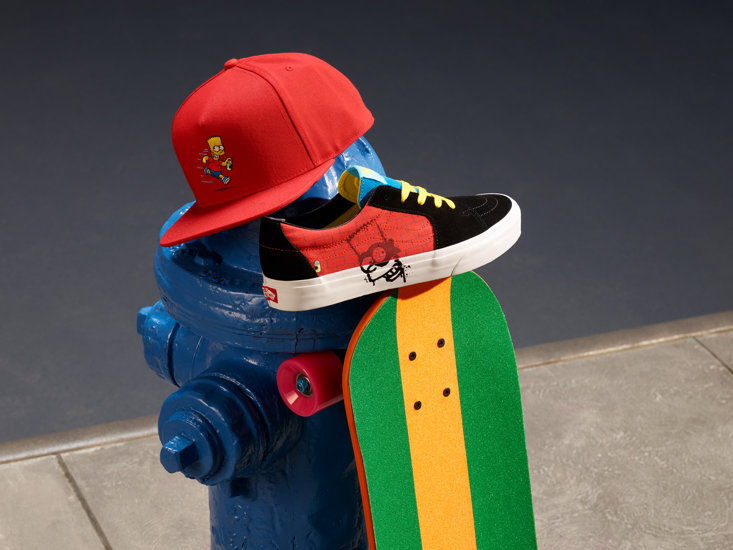 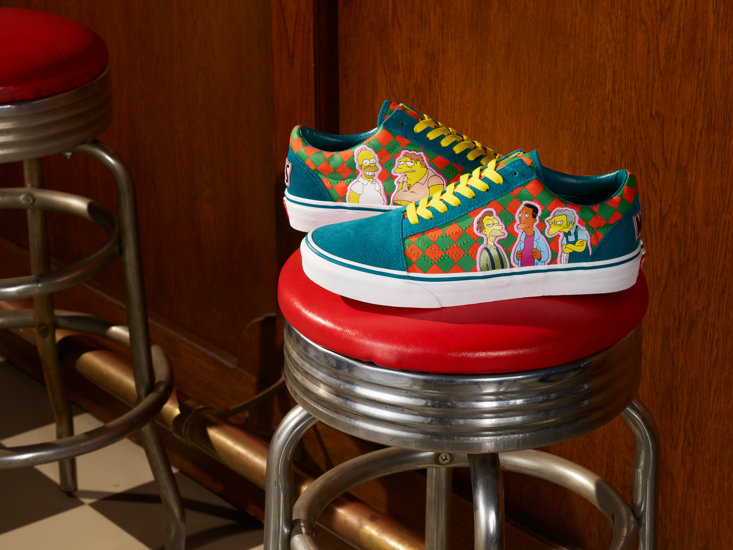 Also included in the collection, away from footwear, is a variety of men’s and women’s styles. The Lisa Fleece features a purple colour block fleece crew with raglan sleeves and “Lisa Simpson for President” on the back and front chest. An accompanying Simpsons Check Backpack features Vans’ iconic checkerboard print in Simpsons-inspired yellow, featuring close-ups of Lisa’s face and a rubberised logo patch on the front zip pocket. The Lisa look is complete with a “Lisa 4 Prez” short-sleeved tee paired with a matching hat and bum bag (‘fanny packs’ to our American cousins).

For the men’s apparel, The Simpsons short-sleeve tee features a logo on the chest and a family scene on the back, a tribute to the show’s famous couch gag intro. 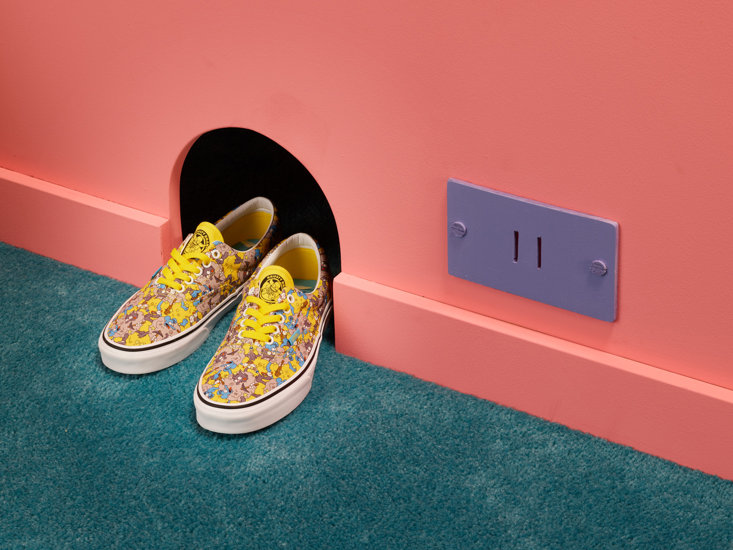 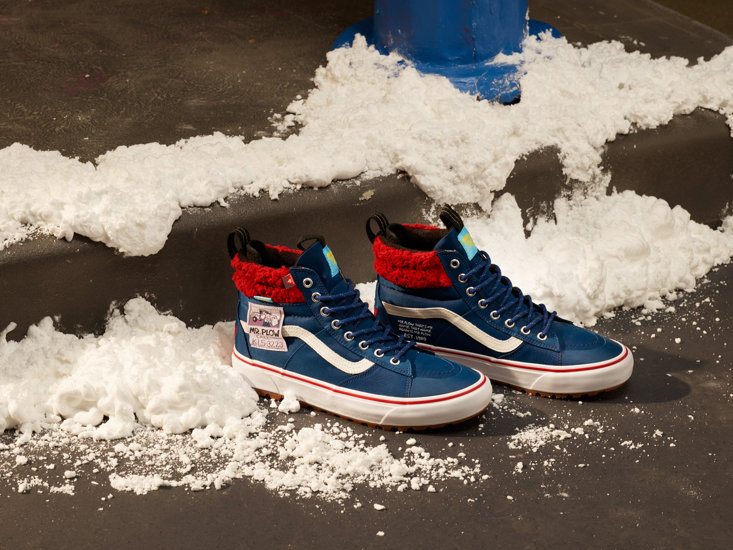 The Vans x Simpson Collection will be available beginning on August 7, 2020. You can find out more about the collection and where to purchase it at Vans.eu. 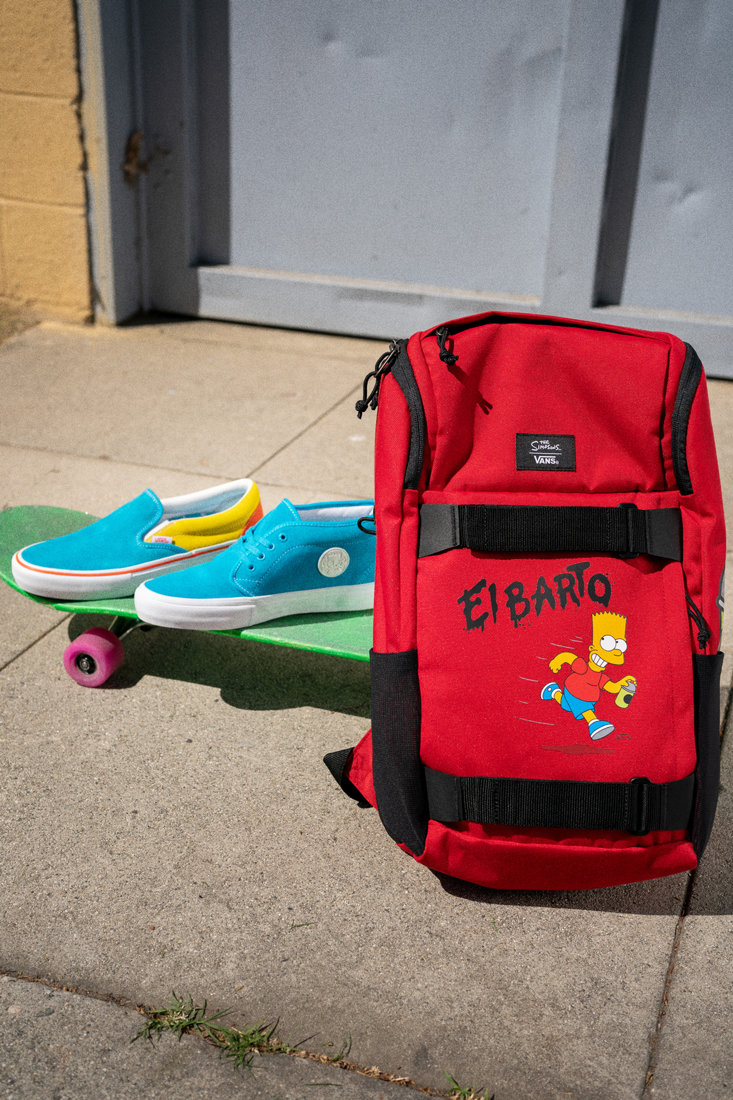