Style
Formula One legend Kimi Räikkönen is the latest sports star to adorn one of his timepieces
Harry Sidebotham
10:05, 22 Sep 2019

Think timepieces, think Richard Mille. This weekend the watch-maker welcomes a new partnership with Formula One legend Kimi Räikkönen ahead of the much-anticipated 2019 Singapore Grand Prix.

Räikkönen, a world champion back in 2007, has had a remarkable career in Formula One, tallying 1842 points, 103 podiums and 21 victories in all.

The watch will be launched this weekend as ‘The Ice Man’ lines up for his 307th start in F1.

F1 cars are truly incredible pieces of art, with their high-tech, prestigious mechanics, and that is precisely what Richard Mille emulates through his own work.

The story behind RM is fascinating, with the concept in designing the timepieces for those with a ‘true appreciation of fine watchmaking’.

Mille clarified to website Revolution: “I wanted to create my first watch in the same way that an F1 team design their car. That is, to have the team creating the chassis, the team creating the engine, the team in charge of the body and aerodynamics and the driver all participating in the process. All with the understanding that the objectives had to be ultimate comfort, shock-resistance, durability, accuracy, and lightweight.”

Founded in 1999, Richard Mille has partnered with some of the biggest sports stars over the years, becoming an iconic brand worldwide.

RM wanted to constantly prove and improve the durability of its timepieces, hence why several racing drivers, sprinters, tennis players and golfers are widely associated with the brand.

Tennis superstar Rafael Nadal is one of its biggest ambassadors, impressively winning the 2018 French Open against Dominic Thiem wearing the RM27-03, one of the most expensive watches ever seen on the court, valued at $725,000.

These beautifully crafted timepieces are created with cutting-edge technology which meets the demands of different sporting environments. 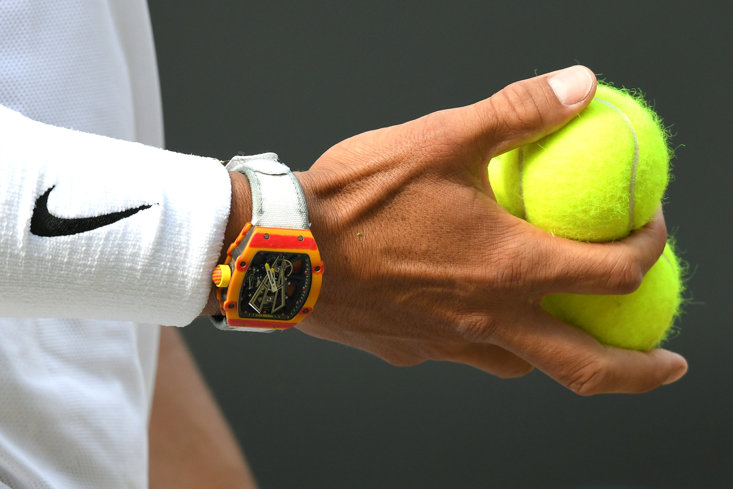 The mechanics behind these watches are awe-inspiring. Richard Mille explained the technology implemented into Nadal’s RM 27-03, “The main innovation of this extraordinary watch lies in the capacity of its tourbillon calibre to withstand shocks up to 10,000 Gs. This new threshold has been attained thanks to years of R&D and countless hours of tests, particularly ‘pendulum impact testing’ which simulates the linear acceleration that occurs due to sudden movements or shock to the wearer.”

However, back in 2016 during the Rio Olympic Games, South Africa’s Wayde van Niekerk broke the 400m metre world record with a time of 43.03 seconds, fifteen-hundredths of a second faster than the previous WR set by Michael Johnson in 1999. This might just be the coolest RM story to date, considering Niekerk was wearing a RM 27-02 priced at $800,000 during the 400-metre record dash.

According to statistics, there were only 4,600 luxury watches produced by Richard Mille in 2018, demonstrating their rarity.

If you have the spare change in your pocket, why not? 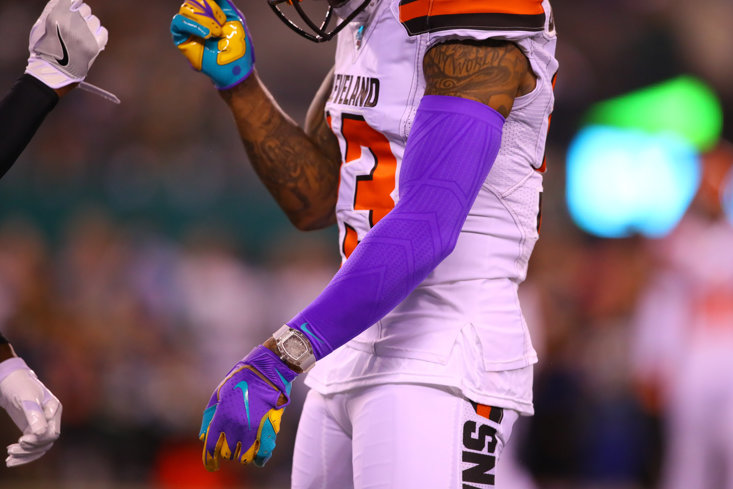