Sports
Features
There are numerous sporting techniques that everyone wants to replicate
Jack Porter
14:00, 30 Oct 2020

Muhammad Ali wasn't just The Greatest because of his punching power. He was also a true boxing revolutionary. Ahead of his fight with George Foreman in Kinshasa on 30 October 1974, Ali explained a new technique he had planned to sports journalist Howard Cosell. “The new style will be I’ll land on the rope some times, let the man punch himself out, it is called…” he perfectly enunciated, “The Rope-a-Dope.”

“What does the word ‘Dope’ honour?” enquired Cosell.

“It honours whoever chases me into the ropes,” the boxer replied.

And duly, as the ‘Rumble in the Jungle’ proceeded, Ali proceeded to execute exactly as he had intended, knocking Foreman out in the eighth round and putting the ‘rope-a-dope’ tactic firmly in the pantheon of iconic athletic techniques, the ones devised from an undiscoverable part of the imagination which sets greatness apart from good.

They are the best moves, the fall-out-of-your-chair moves. A spontaneous injection of lightning ready to be immortalised in numerous highlight reels, but, no matter how much they are repeated or replicated, they will always be identifiable with one particular brilliant person. And Ali wasn’t the only trend-setter... 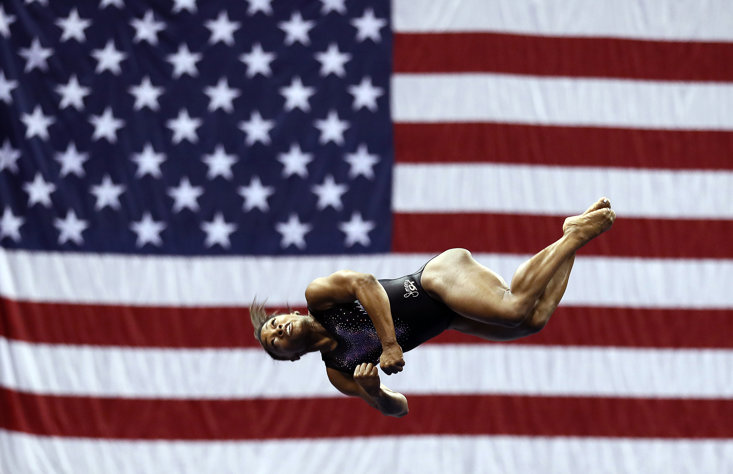 Simone Biles is one of the greatest gymnasts in history. Some would even say she’s the very best of all time, and we’re not going to argue.

In 2019, USA Gymnastics announced that her triple-double - a double backflip and three twists - on the floor performed at the World Championships in Stuttgart, Germany would be officially named after the awe-inspiring American acrobat. The thing was, she already had her name put to a move across the disciplines of the vault, the balance beam, and even the floor.

The ‘Biles’ is declared when one completes a Yurchenko half - itself named after Soviet gymnast Natalia Yurchenko in 1982 - accompanied by two twists, or a backward double-double dismount on the balance beam, or backward double layout salto with the half-twist, respectively.

And so, with another new move to christen, the ‘Biles II’ was born.

There are some extremely impressive techniques on this list, but Biles can claim more signature moves than Tekken. It’s just another thing that sets her apart from mere mortals. 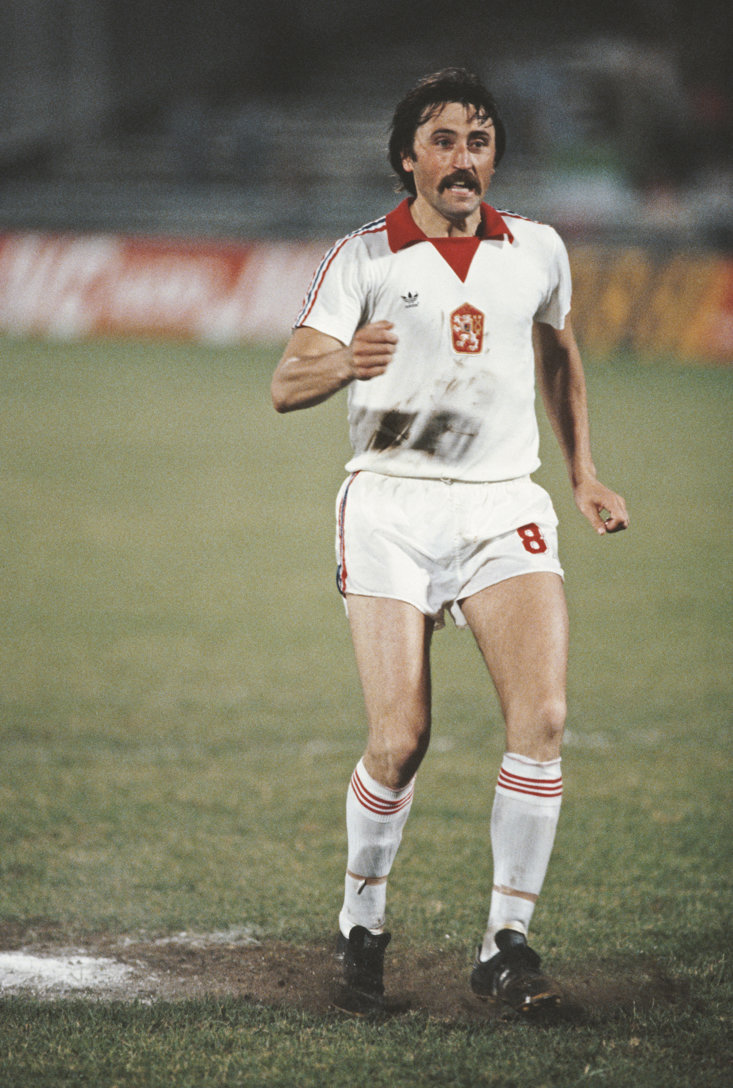 When Czechoslovakia met West Germany in the European Championship final in 1976, history was about to be made… and not just because the 2-2 draw led to the only penalty shoot-out Germany have lost in a major tournament to date.

In the shoot-out, midfielder Antonin Panenka deceived West Germany goalkeeper Sepp Maier with a deft but extremely cheeky chip through the middle of the goal. Czechoslovakia had won the tournament but, arguably more notably, the Panenka had become part of the conscious football collective. Interestingly, despite the widespread use of the term, in the Czech Republic itself the Panenka is known as the ‘Vršovice Chip’, after the area of Prague in which Bohemians 1905 - for whom Panenka played - are based.

It’s now a patented technique of deception that adds a theoretical gut punch to the keeper as they watch on helplessly.

Bernard Bosanquet played only seven Tests for England, but significantly he gave his name to the ‘Bosie’, a delivery that involved spinning the ball from a leg-break to an off-break and intending to deceive the batsman. It is still used today, though often referred to as a ‘googly’.

“Somewhere about the year 1897 I was playing a game with a tennis ball, known as Twisti-Twosti,” Bosanquet explained in the 1926 Wisden Almanac. “The object was to bounce the ball on a table so that your opponent sitting opposite could not catch it. It soon occurred to me that if one could pitch a ball which broke in a certain direction and with more or less the same delivery make the next ball go in the opposite direction, one would mystify one’s opponent. After a little experimenting I managed to do this, and it was so successful that I practised the same thing with a soft ball at Stump-cricket.

“From this I progressed to a cricket ball, and by about 1899 I had become a star turn for the luncheon interval during our matches at Oxford.” 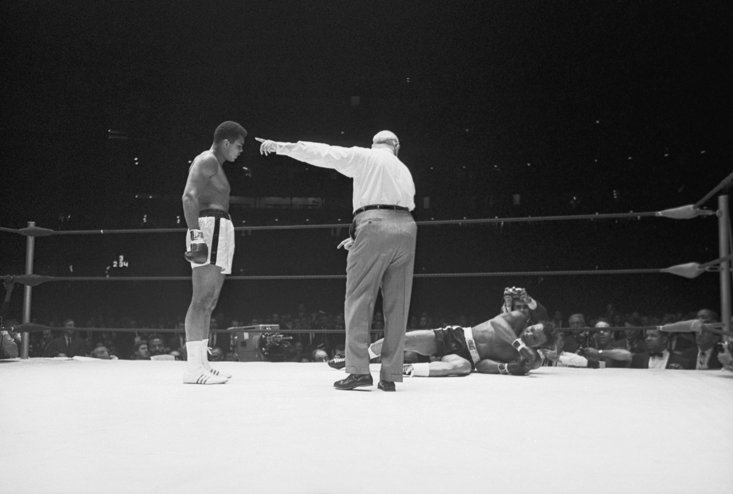 Not content with having one move already on the list, The Greatest had to have his shuffle included. Jersey Joe Walcott proclaimed to have invented it, but boy did Muhammad Ali patent it.

“I’m the fastest thing on two feet, man!” he cried, and with a burst of energy those feet would become a blur, distracting the opponent within the ring before unleashing a surprise punch. Dancing, tip-toeing, the technique elucidates Ali’s eloquence and mastery of the sport.

“The Ali Shuffle was designed to make Ernie Terrell scuffle,” The Greatest explained, though in actual fact he had debuted it against Cleveland Williams in 1966. Shortly after, Ali defeated Terrell in a bloody 15 rounds in Houston, Texas.

The Ali Shuffle can be imitated but few can execute it so perfectly.

Fully warmed up are we? Hamstrings ready? Well, prepare for those muscles to retreat. For when it comes to weight-lifting, wrestler Rob van Dam has hands down, legs out, won the game.

The Michigan man mountain is responsible for the most ridiculous of lifts that has subsequently been indoctrinated into the United States All-Round Weightlifting Association Rule Book. It is both a shame and no doubt an ego-boost to Mr Van Dam that to date he is believed to have been the only person to ever perform it.

The Van Dam Lift consists of lifting a heavy dumbbell from the floor to the waist. Sounds simple enough, right? Well of course, it’s all depending on weight. Van Dam did so with a 75kg dumbbell weight. Think of 75 full bags of sugar on one arm. But Van Dam performed it in front of officials while maintaining the full splits with each foot supported on a bench on either side of him for some incredible pelvic punishment. That’s a 90-degree positioning on each side of the body, both agonising and impressive in equal measure. Try the Van Dam Lift if you dare. 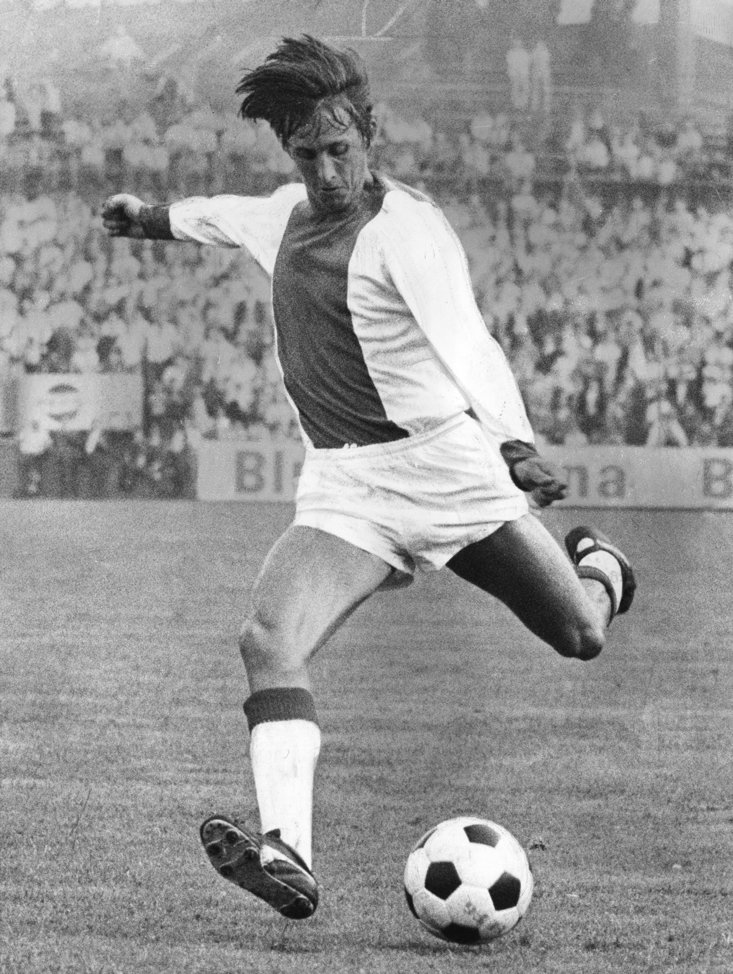 In that beautiful uniform of the Oranje, Johan Cruyff producing a 180-degree-about-turn with the ball at his feet to leave defender Jan Olsson in oblivion is one of the most recognisable images in 20th Century football.

It is the enduring element of the Dutch master’s mythology, which has recently been turned into a musical. Imitated on schoolyards everywhere, the twist of the hips and sharp feint of foot becomes part of every aspiring footballer’s lexicon.