Football
Features
Could the Gunners be the standout side in this season's Super League?
Simon Lillicrap
10:05, 04 Sep 2021

Arsenal are on their way back. Having had their 2018-19 title taken away from them by a Chelsea side keen to sweep aside anything in their path, and been overtaken by a Manchester City side with all the resources to compete at the top, the Gunners needed to change something.

A third-placed finish last year was respectable under outgoing boss Joe Montemurro, and importantly secured that final Champions League spot, but this season it feels like they can truly challenge for the title again. This is a club who are putting the processes in place for a successful future.

Chief executive Vinai Venkatesham has promised to revamp the women’s set-up with increased investment and a new training base at London Colney. They will also play more matches at the Emirates Stadium, starting with their blockbuster opener on Sunday as they host reigning champions Chelsea. The fact this game is taking place during the international break and the fact the women’s game is growing year on year in England should see a big attendance for the curtain raiser.

But this is an Arsenal team that are, unlike Manchester United, much stronger than they were last season. New manager Jonas Eidevall comes highly rated from Swedish side FC Rosengard where he won almost 65% of his matches, and he is putting together a side that can feasibly challenge for the WSL title.

Latest arrival Tobin Heath is a statement signing, arriving with two World Cups and two Olympic gold medals to her name, and the fact she has joined from rivals Manchester United is a huge boost to the Gunners. It isn’t just the American superstar that has strengthened this side though. 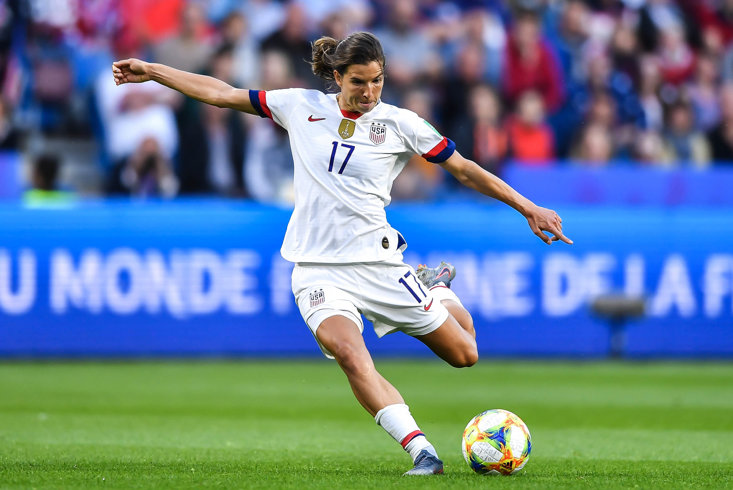 They’ve managed to keep hold of WSL’s record goalscorer Vivianne Miedema when it looked as if she would leave with just one year left on her contract while Nikita Parris makes her much anticipated return to England from Lyon. Her Champions League winning experience will be vital to Arsenal’s success, while the club also finally got hold of Mana Iwabuchi after a long transfer saga.

A Scandinavian duo have also joined to strengthen the side as Denmark’s Simone Bøye Sorensen joins the defence and Norwegian midfielder Frida Maanum offers an excellent option in the middle of the park. So the squad is looking strong and looks in safe hands under Eidevall, but they have also begun their season early, compared to other WSL teams.

Their Champions League qualification stages may be seen as a negative by some, but it has given the new boss a chance to hone his preferred starting eleven, and should allow the side to flourish on the opening day. Competent wins over Okzhetpes and Slavia Prague have allowed the new players to bed in, and they now look set to take their place in the Champions League group stages as they take a three goal lead to the Czech Republic for the second leg.

This Arsenal side can achieve something special this term. It’s safe to assume they will be part of the top three contesting for the title with Manchester United regressing from last term, but they have the potential to be the side to watch this season. Miedema is a guaranteed goal machine and now supported by the likes of Parris and Iwabuchi they have the ability to rival Fran Kirby and Sam Kerr at Chelsea.

The opening match of the season on Sunday is a real blockbuster as the two London sides take each other on and we should see fireworks, and goals, at the Emirates. Unlike the men’s team, the women can give Arsenal something to be truly proud of this season.