Athletics
Features
Dina Asher-Smith is back on the track after her Tokyo disappointment
Simon Lillicrap
12:15, 21 Aug 2021

The eighth leg of this year’s Diamond League takes place in Oregon on Saturday night and it will be the first real chance to catch a glimpse of some of the biggest names from the Tokyo Olympics. With some of the biggest stars from around the globe gathering in the United States, here are five things to look out for as the athletes return to the track.

The return of Great Britain’s sprint queen will be a welcome sight after her disappointment in Tokyo. She was set to battle it out for the 100m and 200m double but injury saw her fail to make the 100m final and then pull out of the 200m. She would return in the 4x100m relay to help her teammates secure a brilliant bronze, but the fastest British woman of all time will still be bitterly disappointed with the Games.

This weekend she returns in the 200m, where a clash with the great Alysson Felix awaits. The American is now the most decorated track and field athlete in US history but Asher-Smith will be hoping to get back to winning ways in this one. It’s well worth keeping an eye on her return to individual action.

The rematch we all want to see will take place in the 100m as the Jamaican duo Elaine Thompson-Herah and Shelly-Ann Fraser-Pryce will go head-to-head once again. Any race that involves the second-fastest woman in history is well worth watching and given the times she was running at the Olympics, it now looks like she could get close to the long-standing world record.

Thompson-Herah has defended her Olympic titles, broken the Olympic record, and now looks like writing her name in the history books of this blue riband event. But the world record would crown her as the greatest of all time, even if the experienced Fraser-Pryce will have a say in this final. The frosty atmosphere between the Jamaicans was palpable in Tokyo, and this rivalry is going to be reignited on Saturday night. 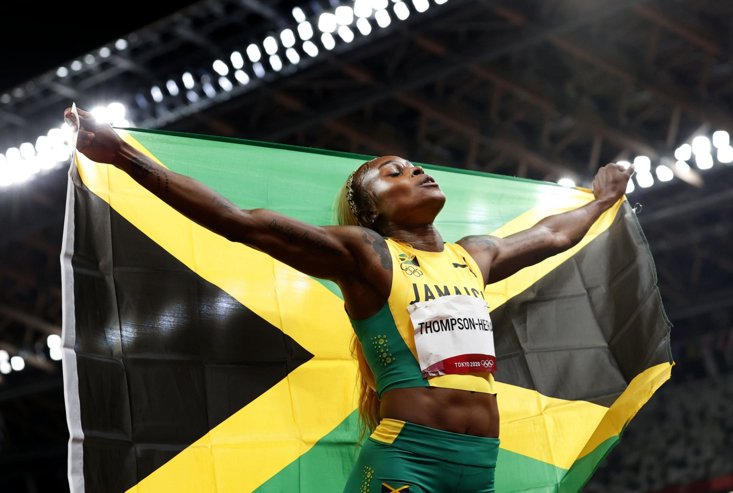 Controversial Sha’Carri Richardson is back

The outspoken American sprinter Sha’Carri Richardson is back to take on the Jamaicans in the 100m and Asher-Smith in the 200m. Having missed the Olympic Games due to her use of marujana, Richardson is desperate to make amends, and is always good value when it comes to the media.

"I just want to let y'all know, this'll be the last time the Olympics don't see Sha'Carri Richardson," she said following her suspension. "And I feel sorry for anybody who lines up against me when I come back."

Another Olympic rematch returns in the 800m as Team GB’s Keely Hodgkinson takes on Olympic champion Athing Mu. Both 19-year-olds look like they are the future of middle distance running and their clash in Tokyo was a thriller, even if the American romped home to victory and will be expected to do the same on home soil.

Hodgkinson has taken six seconds off her PB this year alone, which is absolutely sensational, while Jemma Reekie, who finished fourth in the Olympic Games will be hoping to finish in the top three this time around.

The men’s sprint game seems to be in the middle of a recession after the retirement of Usain Bolt, with a shock winner in Marcell Jacobs taking Olympic gold, but Noah Lyles is expected to produce big things in the 200m. He is one of the top sprinters in the world over this distance, taking bronze in Tokyo, but his brother will also be in action alongside him this weekend.

Josephus Lyles is only 23 and the younger brother of Noah, but there is nothing better than getting the better of your older brother on the biggest stage. Who doesn’t love a sibling rivalry? Don’t miss this one.