Us Sports
Features
Kaepernick remains a reminder that political and social issues are much bigger than sport
Richard Smith
16:00, 26 Aug 2020

On May 29th, this year, Vice President of the United States of America, Mike Pence, tweeted “We believe in law and order in this Country. We condemn violence against property or persons. We will always stand for the right of Americans to peacefully protest and let their voices be heard.”

It was a response from Donald Trump’s right hand man to the scenes of violence that threatened to engulf the nation following the death of George Floyd, at the hands of police officers. Pence’s words are poignant and meaningful, supporting the freedom of the US public to stand against racism and police brutality. However, they are also incredibly ironic...

Rewind a couple of years to Sunday, October 8, 2017. It was another Sunday afternoon in the fall, the uniquely American obsession for the NFL meant that the country’s number one sport was thrust under its usual weekly microscope. 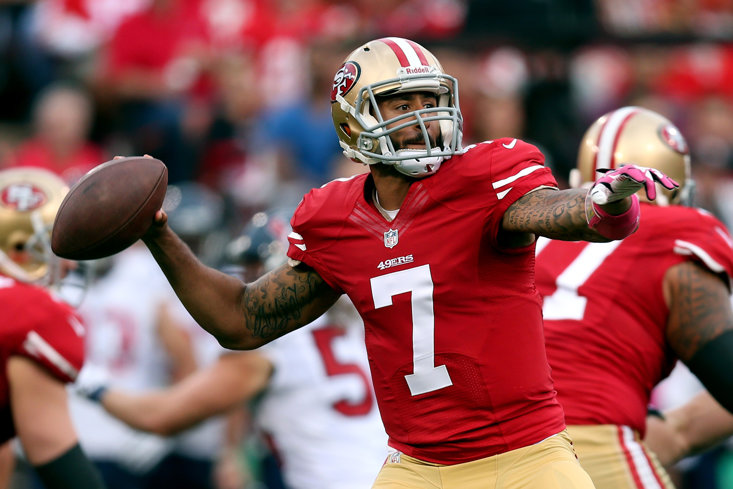 The usual winners and losers, heroes and villains on the field were irrelevant this particular week, as an incident in the stands at Lucas Oil Stadium, Indianapolis, stole the headlines before a down football had been played.

Mike Pence was amongst the 65,612 spectators, set to watch his home-state team, the Indianapolis Colts, host the San Francisco 49ers. During the national anthem, around a dozen members of the visiting team took a knee to protest against racial injustice and police brutality. It was also a show of solidarity to their former teammate, Colin Kaepernick, who had started the movement 12 months earlier, but was no longer on the team. 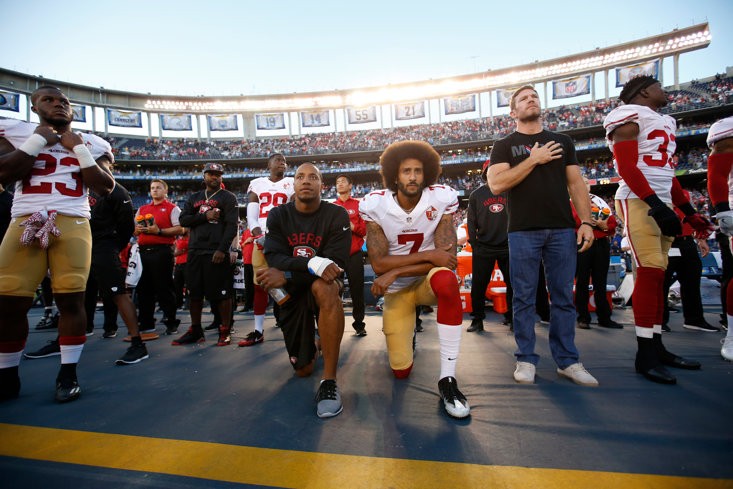 It was enough for Pence to leave the stadium before kick-off and take to Twitter to voice his anger at the player's decision to kneel. This reaction couldn't be more contradictory from a person who believes in “...the right of Americans to peacefully protest and let their voices be heard”.

It was on the 26th August, 2016, that the then 28-year-old, used his status as a professional athlete to draw attention to what he deemed were wrongdoings against African Americans and minorities in the United States. He did so by refusing to stand for the national anthem during a pre-season game between the San Francisco 49ers and Green Bay Packers - a decision that was met with opinion splitting controversy.

A week later, Kaepernick’s refusal to stand during The Star-Spangled Banner, turned into a kneel. It became a weekly pre-game occurrence throughout the 2016 season, and was greeted with credit and criticism, to the point it was polarising a nation. It wasn’t long before the ripple effect began to be felt across the league and support from his 49er’s teammates, along with players on other teams, started to draw increasing awareness around the subject of police brutality and racial injustice.

As support for Kaepernick grew, his silence increased, as he exercised his right to peacefully protest week after week. The public spotlight on his muted conduct was louder than the maximum volume on any words that he could speak.

No action was ever taken against Colin Kaepernick by the NFL, however, he has never found his way onto a roster of any team since 2016. This was a player that had played in the Super Bowl just three years earlier and he still can’t secure an opportunity to be a team’s back-up quarterback.

The result, a 2019 legal settlement between Kaepernick and the NFL, which he had accused of colluding to keep him out of the league. 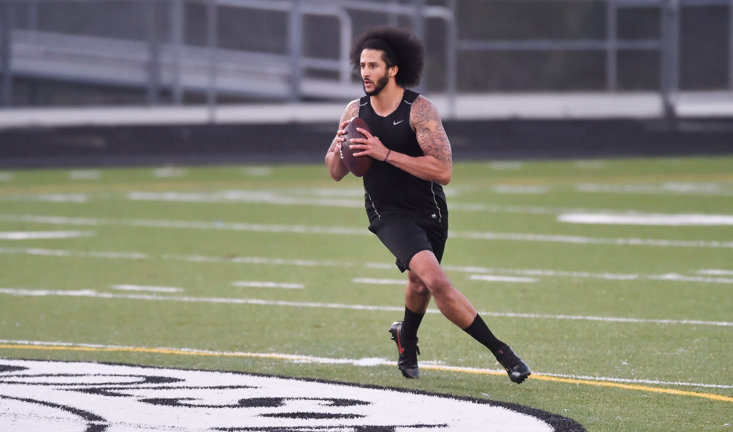 From the most famous position in world sport, to the most infamous reject, Colin Kaepernick has paid the ultimate price for his decision to use the platform that his talents facilitate, to make a statement that transcends the scoreboard.

Despite Kap’s absence from the field, players continued to kneel, not only across the NFL, but other professional sports in North America, including the NBA, WNBA, MLB, MLS and NHL.

The movement became very real and eventually led to Donald Trump labelling anybody failing to stand for the national anthem “sons of bitches”.

There is only one winner in this story and that is the power of the people, with Kaepernick throwing the game winning pass to his fellow athletes. It is an ongoing reminder that political and social issues are much bigger than sport, now being told by the athletes, themselves.

In the aftermath of the tragic killing of George Floyd, the world is finally sitting up to pay attention to the issues that Colin Kaepernick had the foresight to alert his fellow humans to. 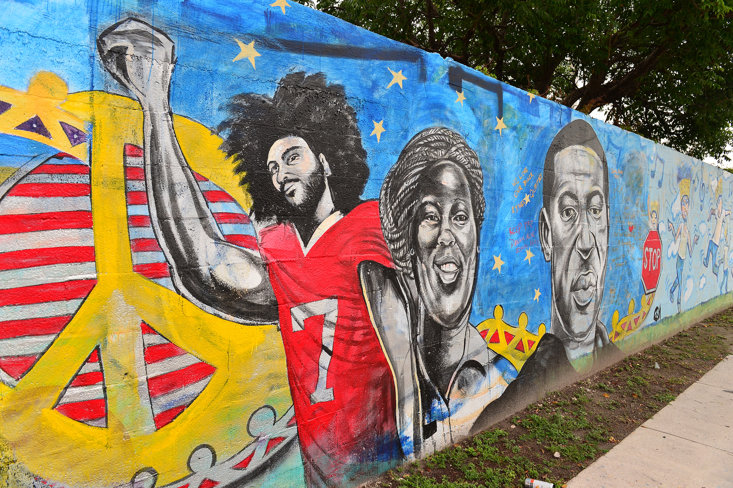 Four years on, kneeling has become a global symbol of a movement that peacefully opposes racial injustice and police brutality. From protests in cities around the world, to players and staff of every Premier League team starting each game on one knee, it’s safe to say that Kaepernick’s intentions continue to be felt, to the extent that NFL commissioner, Roger Goodell, issued an apology for not listening sooner.

Now aged 32 and four years removed from his day job, it remains to be seen whether Colin Kaepernick has a future as an NFL quarterback. However, if he never takes another snap, the progressive and future facing attitude of his humanitarian actions, that summer’s night in the Bay Area in 2016, will be remembered much more than any Super Bowl trophy could ever achieve.