Jockey Rossa Ryan recently divulged his pre-race diet after riding to a £62,000 win at Ascot. Ryan, 19, illustrated the rigorous process and determination for professionals in the sport of horse-racing. The teenager needed to drop 2lbs from 8st 10lb to take the horse Apparate in the Lavazza Stakes, which he duly did.

In a recent interview with The Guardian, Ryan revealed his regime and the initial trepidation upon instruction to drop the weight from his agent:  “I just thought, I don’t know what I’m going to do. I was in Chelmsford on Thursday night, I think I had six bottles of water on the way home. I woke up Friday, went for a jog in the morning and a sweat in the bath, got to Ascot, rode there, went to Kempton, had a cup of coffee on the way, finished there, had a bottle of water and a boiled egg and went home.

“I woke up Saturday morning with a bit of weight still to do, so I went out for a jog, got in the bath, got in the sauna. I actually felt fine. It was more that I had to wait until I could have a drink. But I felt strong, I wasn’t weak. I had a chicken wrap afterwards and I made sure I put plenty of water back inside me again. It was very good.”

A typical man is recommended to eat a healthy, balanced diet of around 2,500kcal a day. To fit that advised daily intake, he’d need to demolish 32 of those boiled bad boys.

Vasyl Lomachenko - the unified lightweight world boxing champion and recent vanquisher of the UK’s Luke Campbell - has spoken out about putting an onus on ‘brain training’; specifically working on underwater exercises which means the Ukranian can now reportedly hold his breath for an astonishing four-and-a-half minutes! Ranked number one pound-for-pound, that sensational endurance no doubt helps him go the distance when required in the ring.

Lomachenko was under the tutelage and explicit instruction from his father as coach, and the fighter has expressed the specific exercise’s usefulness: “Going underwater trains your mind and your psychology. It’s helped me.” 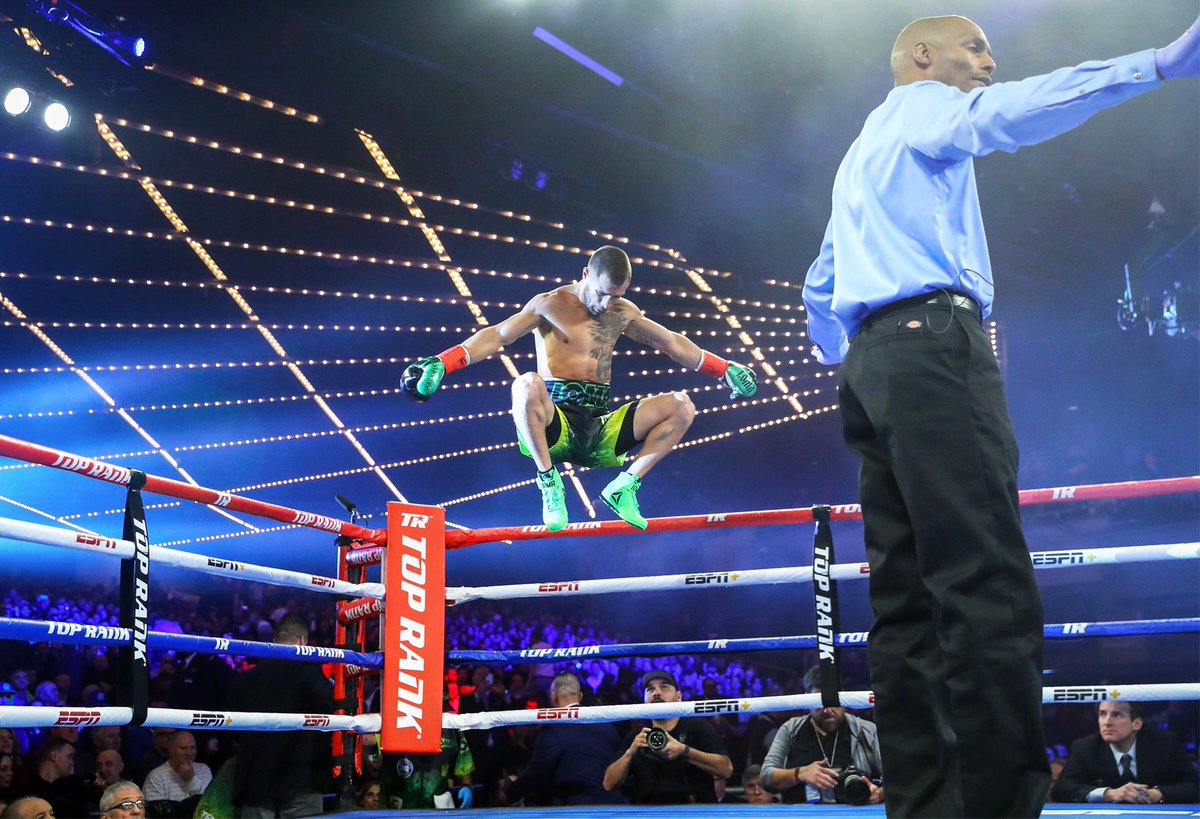 American Football Hall of Famer Jerry Rice was famously reported to practice catching bricks instead of footballs in training, as well as chasing horses to improve his speed. There might be a reason why he’s considered the greatest wide receiver in NFL history.

Rice - a 12-time All-Pro in 20 NFL seasons, and three-time Super Bowl winner - explains the history behind the infamous story: “There were horses you had to catch and sometimes it would take 45 minutes to an hour to run 'em down and during the summer my father would take me to work with him. He was a brick mason. My brother and I, we had developed this technique where you throw the bricks up, they were separated, and I was snatching them in the air.

“So, the myth about me learning to catch footballs from catching bricks, that's where it came from." (AOL)

Moving into the 21st Century, there has been a further reliance on more technological methods in getting ‘the edge’. In the All or Nothing documentary series that chronicled Manchester City’s record-breaking 2017/18 season it was revealed that then-skipper Vincent Kompany utilized a 130-degree cryotherapy chamber installed at the Etihad Campus. So too does 28-time Olympic medalist Michael Phelps, and NBA great LeBron James.

This year, James passed a certain icon for professional points tallied in basketball, and one who was none too averse to technological advantages himself: Michael Jordan. ‘His Airness’ secretly prepared for games in his own unusual way, wearing strobe light glasses - $2k ‘Strobe Spex” devised by the military - so as not to be disoriented or distracted by the on-court lights come game-day.

Basically, he simulated a night-club environment. In a fascinating insight into one of the sport’s icons in a piece by ESPN, Jordan first utilized equipment from a DJ in Chicago before turning to the specs. This especially helped him from the free-throw line. With the strobe lights a fixture of NBA games, the technique was said to remove neurological hindrances by the environment.   Jordan has purportedly set a good precedent for fellow players in his wake. Both NBA Championship winners Kawhi Leonard and Steph Curry have been said to have followed the same preparation.