It’s impossible to overstate Muhammad Ali’s impact on the world of boxing. The man transcended the sport entirely, impacting billions of people throughout the globe across several generations. That’s why he was the greatest, not just because of his fistic wizardry in the ring, but because of the man he was outside of it.

This is the story of two of the era-defining heavyweights whose careers were moulded by Ali; Larry Holmes and Mike Tyson.

To Holmes, Ali was an idol, his mentor, friend, former sparring partner and, on 2 October 1980, in front of roughly 25,000 onlookers at Caesars Palace, his rival. Ali had come out of retirement to try to claim the heavyweight world title for an unprecedented fourth time, and his protege was all that stood in his way. For Holmes, the fight was a catch-22. If he lost, his promising rise to the top would collapse like a pyramid of cards, and if he won against an over-the-hill 38-year-old then the victory would surely be a hollow one.

“There is nothing in this fight for Larry Holmes, but money and grief,” wrote Gary Smith of the New York Daily News

“Everyone talks about how much Ali is risking by returning to the ring, but it is Holmes who stands to lose the most. If he loses, it makes a farce of his 35-0 career. If he wins, he beat an overweight clown who did not know enough to leave the arena.”

To the casual boxing fan it was the same Ali the world adored - he still had that twinkle in his eye, the same razor-edged wit, and the same cock-sure charisma (“I made you. I clothed you. I fed you. I’m gonna get out of my rocking chair and whip your butt,” he humorously told Holmes in the build-up) - but as a pugilist, his skills were waning and Father Time had ostensibly caught up with ‘the Louisville Lip’. 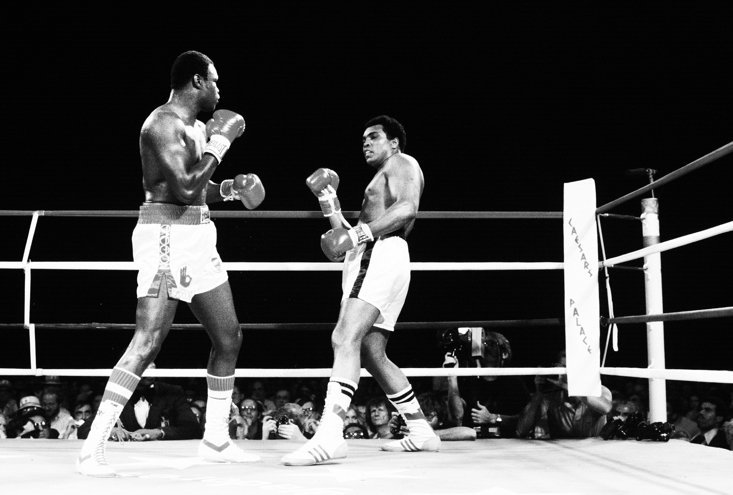 That autumn night in Las Vegas remains one of the most upsetting spectacles in the history of boxing. A helpless Ali was battered by Holmes for 10 rounds, losing every single one on the judges’ scorecards, before his long-time trainer Angelo Dundee mercifully threw in the towel to rescue his charge from further embarrassment. The result, as many expected, proved to be a bittersweet moment for Holmes, who had conquered his hero and in the aftermath was visibly upset, welling up about the punishment he had dished out to the man to whom he owed so much.

“Ali was not going to quit; he was there to take a beating, a beating I was not eager to deliver. That dilemma for me was how to bring an end to this fight without doing permanent damage to the man,” Holmes said once the dust had settled.

It was the beginning of the end for Ali, who fought and lost once more against Trevor Berbick in the equally farcical bout dubbed the ‘Drama in the Bahamas’. From the late Seventies to the mid-1980s, Holmes, on the other hand, reigned supreme in the heavyweight division, picking up the WBC, The Ring magazine and lineal titles, and the inaugural IBF belt. He would also rack up the second most heavyweight title defences in history, behind Joe Louis, and the longest heavyweight title streak in modern boxing history.

Holmes, perhaps the most underrated heavyweight of all-time (easily the owner of the division’s best ever jab), had the great misfortune of being sandwiched between arguably the most popular heavyweight champions of all-time - Ali, and another of his most famous admirers, Mike Tyson - who just so happened to have an axe to grind with Holmes.

Holmes retired briefly in 1986 following back-to-back defeats to Michael Spinks, and in his absence Tyson exploded onto the scene, enrapturing and terrifying fight fans and the wider world in equal measure, obliterating all who stood before him. Like so many boxers prior to him, Ali included, and like so many after him, Holmes was lured back into the ring once again to the tune of $2.8m to face Tyson for the WBA, WBC and IBF titles at the Trump Plaza in Atlantic City. 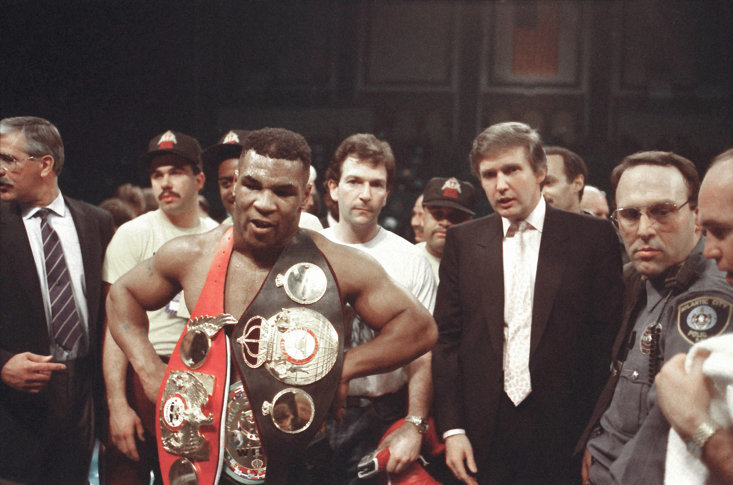 They say revenge is sweet but Tyson hardly even had time to savour it, blitzing Holmes in just four rounds, enacting his vengeance with ease. Just like his opponent had done after taking the torch from Ali, the bruiser from Brownsville did the same with Holmes, and went on to become the most dominant heavyweight of a generation, building a legacy that still endures today.

Holmes and Tyson, two of the greatest heavyweights of the latter-half of the 20th century, were both disciples of Muhammad Ali in one way or another - Holmes directly, as his sparring partner and friend, Tyson indirectly as a wide-eyed young boy learning his trade from this larger than life character on the TV screen.

We may never have had either were it not for Ali paving the way for them, as he did so many others, inside and outside the ring. Like we said, it’s a legacy that can never be overstated.