Football
Features
The World Cup qualifiers this week have brought a sobering reality to the 2022 World Cup
Simon Lillicrap
08:05, 06 Sep 2021

England have silenced some racists in Hungary, Cristiano Ronaldo has become the highest ever international goalscorer and Spain tasted their first defeat in World Cup qualifying since 1993. But this international break has been the one that has made us all sit up and realise that the Qatar World Cup is finally a reality.

Although we are now several qualifying games in, the qualifying matches earlier in the year were a prelude to the Copa America and Euro 2020, which rightly took all of the attention. But now those major competitions are out of the way, all eyes turn to Qatar, and it still doesn’t feel right.

This World Cup now feels closer than ever, but it feels like we have been talking about it for a lifetime. Qatar were actually awarded this competition way back in 2010, at the same time Russia were awarded the 2018 edition in equally controversial circumstances. So it’s now been over a decade that the world has been attempting to digest, and come to terms with the fact the World Cup will be played in air-conditioned stadiums built by, according to a report from The Guardian, workers that faced exploitation and abuse that amounts to modern-day slavery.

There is no hiding from the fact that this World Cup is one of the most controversial of all time. Yet it seems like the rest of the footballing world is just carrying on and continuing with the qualification process, with the biggest protest coming as Germany wore T-Shirts that spelt out ‘human rights’ ahead of one of their matches.

No side has withdrawn from the competition, which would be the biggest statement that a country could send out. The thing is, is it now too late for a country to withdraw from the World Cup? Probably. The human rights issue was raised years ago, way before the qualification process started and if several of the big countries withdrew early on, there could have been a chance that FIFA would have changed their mind.

Now, it is already too late. The stadiums have been built and the World Cup is happening next year. Even moving the traditional summer World Cup to the winter, for the first time ever, which disrupted the entire footballing world's football calendar wasn’t enough to stop this event from taking place. 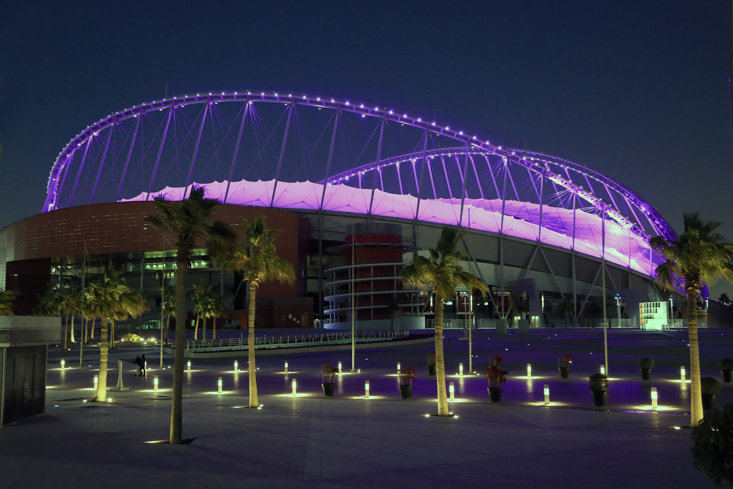 There is too much money invested in this event and too much riding on it for it not to go ahead. This is going to be the most expensive World Cup of all time, costing £138bn to put on in comparison to the £3.5bn South Africa spent back in 2010. There is also the issue of footballing legacy. South Africa, and the continent of Africa had never hosted a World Cup but have a history of loving the game, with the whole continent completely captivated by the event. Qatar, for all their money, doesn't have that association with the sport.

One of the major issues with hosting the World Cup in Qatar is the fact that it completely eradicates any progress FIFA was claiming to make with the LGBTQ+ communities. How can you claim that your sport is all-inclusive when you are hosting your blue riband event in a country where homosexuality is illegal?  Disgraced former FIFA president Sepp Blatter even said:  "I would say they should refrain from any sexual activities", when asked about Qatar’s LGBTQ+ laws. Qatar’s laws on homosexuality are not only archaic but barbaric and in 2022, when it feels like the rest of society is moving forward on these issues, it paints football in a poor light.

Former FIFA executive committee member Theo Zwanziger said the event was a “blatant mistake" and he wasn’t wrong. With the qualifying now well underway and the World Cup itself just over a year away, this is the biggest mistake the footballing world has ever made. There is no brushing under the carpet the human rights violations that have taken place, and the oppression of the LGBTQ+ community in Qatar proves that football, at least from FIFA’s perspective, isn’t for everyone.