Sports
Features
The Portugal captain has set his sights on a post-playing career in movies
Jack Porter
15:16, 30 Dec 2019

Cristiano Ronaldo has many records under his belt from a career few will ever be able to compete with, but now CR7 has revealed that he is looking for more to add some box-office records to his portfolio.

The Juventus and Portugal superstar, who possesses the most Instagram followers of anyone on the planet, will turn 35 years old in February and has revealed that Hollywood plays a part in his plans for his post-playing career.

"One of the things that I seek to challenge myself in, for example, is acting in a movie," Ronaldo told ESPNFC at the Dubai International Sports Conference. “The moment my body is no longer responding in the right way on the field, then it would be the time to leave.

"I hope I live more than 50 years to learn new things and face different challenges and try to find solutions for them."

So what movies are we most interested in seeing the five-time Ballon d’Or winner star in? Ronal-Do The Right Thing? The Magnificent (Number) Seven? I-Ron Man? The Passion of the Christ-iano?

While we give you time to recover from those exceptional puns, here are some other sports stars who've transferred to the silver screen...

OK, it’s probably best to start with the biggest film star on the planet at the moment: Dwayne ‘The Rock’ Johnson has starred in nearly 40 films across the last 18 years which have grossed nearly $10billion worldwide.

Johnson hasn’t just set the standard for World Wrestling Entertainment stars making the leap to the silver screen, he’s in fact blasted the marker into the stratosphere. Long gone are the days he was known as the wrestler starring in bad-CGI Mummy films.

Best chuck in The Rock’s old mucka as well. Those who watched the 1990 Commonwealth Games in Auckland probably weren’t thinking: ‘Hey, that diver looks like he’s going to have a stellar career as an action star.’

Statham dived head first into box-office receipts as one of the most bankable actors in the business, with turns in Guy Ritchie’s Lock, Stock, and Two Smoking Barrels and the blatantly barmy Crank and Transporter series, as well as injecting a new lease of life - alongside Johnson - into the Fast and Furious series. He might have suffered a few bombs in the pool, but the Stath has rarely performed a box-office bellyflop.

The Juice is currently enjoying freedom again but it’s highly unlikely that he’ll be able to enjoy what was once turning into a lucrative film career. The former running-back was a genuine worldie of the gridiron in the late ‘60s and ‘70s, breaking the NFL’s single-season rushing record in 1973 (and in a 14-game season) with the Buffalo Bills. Acting had been a long-held ambition for Simpson, which he achieved in blockbuster pictures such as The Towering Inferno and Capricorn One. He also appeared as Leslie Nielsen’s sidekick Officer Nordberg in the comedy trilogy The Naked Gun before his career was infamously curtailed.

When King Eric retired from football in 1997 after helping to lead the Manchester United renaissance that would make the club one of the most dominant forces in Europe, few knew what he was looking for. And that was after a starring role in a Ken Loach film. Looking for Eric arrived in 2009.

Cantona currently has around 30 films on his CV, with one of his more prominent moments coming just a year after leaving Old Trafford, when he played Monsieur de Foix in the Cate Blanchett-headed Elizabeth (1998).

Vinnie Jones was notoriously one of Wimbledon’s 'Crazy Gang', part of the side that stunned a nation by winning the FA Cup in 1988. He’s also famous for feeling Paul Gascoigne’s balls.

The first American woman to ever win an Olympic medal in judo, a magnificent Mixed Martial Arts fighter turned rollicking wrestler, Ronda Rousey fittingly brought her combat skills to action-fuelled sagas in the Fast and the Furious franchise (seems to be like a beacon, this series) and The Expendables, the latter alongside such figures as Sylvester Stallone and Arnold Schwarzenegger.

The American hasn’t been in the Octagon since the end of December 2016 after two back-to-back losses provided a blemish to her once spotless reign. She was inducted into the UFC Hall of Fame in 2018. 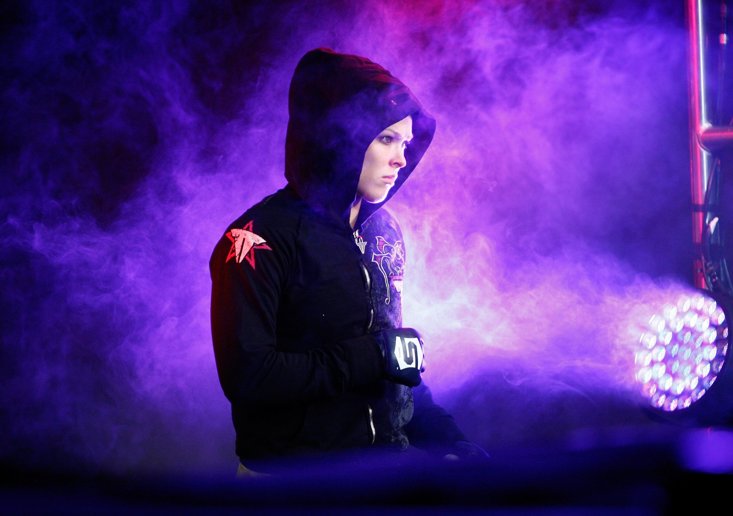 Charisma, charm and muscles in bundles, ‘The Hammer’ easily transitioned - along with Jim Brown - from being American football star to star-man in the movies. Getting his nickname because of his aggressive playing style, which involved bludgeoning opposing players right about their heads, Williamson appeared in the first ever Superbowl, his Kansas City Chiefs losing out to the Green Bay Packers.

One of the earliest success stories on our list, Williamson was genuinely impressive in early ‘70s urban pictures such as Black Caesar (1973) and, alongside Brown, Three the Hard Way (1975), with his cinematic debut coming in Robert Altman’s classic M*A*S*H (1970). He’s more familiar for his supporting turn in the Robert Rodriguez/Quentin Tarantino flick From Dusk till Dawn (1996). Unfortunately he gets turned into a vampire. Could happen to anyone. 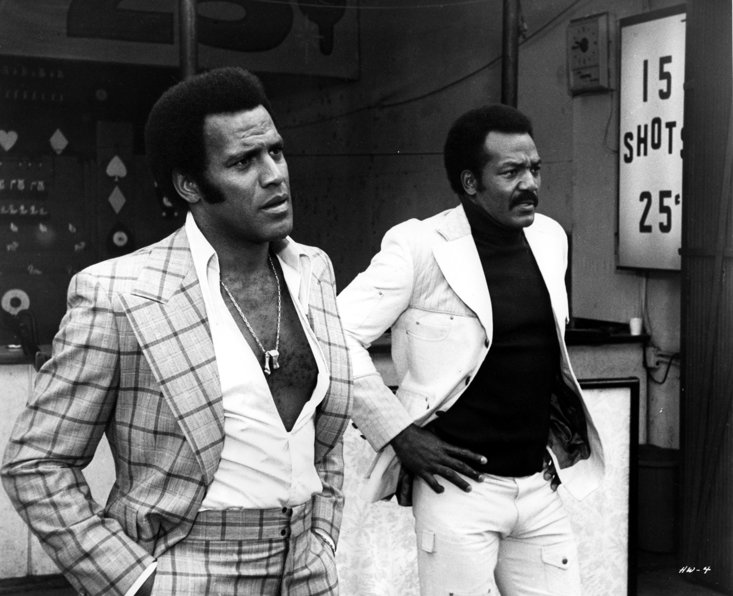 Harold Sakata might not have a name that triggers the instant recognition as others on this list, but you’ll certainly know his face. Sakata is most famous as the bowler-hat wielding villain Oddjob in Sean Connery’s third outing as James Bond, Goldfinger (1964). The character regularly jostles with Jaws for most iconic Bond villain henchman and memorably met his end by being electrocuted inside Fort Knox.

Way before that, however, Sakata was representing the USA in weightlifting, winning silver at the 1948 London Olympics, and was also a professional wrestler. He would also star opposite another 007, George Lazenby, in the Jim Kelly action film Death Dimension (1978), in which Sakata’s villain threatens the world with a weather-controlling device and owns a pet snapping turtle. 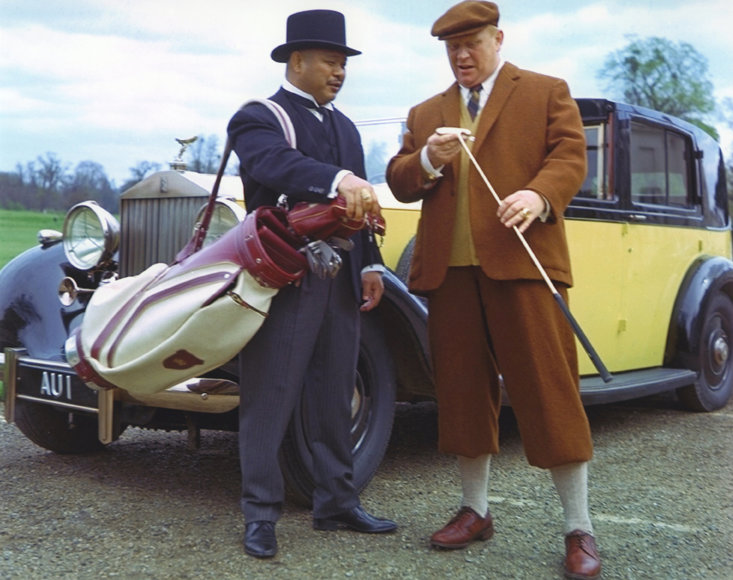 Oddjob and Goldfinger
More
rugby
Alexander Obolensky - Exiled Russian Prince, Fighter Pilot,...
Exiled Russian prince, fighter pilot, and a rugby international who once scored 17 tries in a single [ ... ]
rugby
After 50 England Caps Amy Cokayne Finally Embraces Life As A...
Amy Cokayne is 23 years old and already has 50 caps for England and a Rugby World Cup final behind her. [ ... ]
mma
How Dana White Used 20 Million Instagram Followers To Take On...
When Polish fighter Joanna Jedrzejczyk went to war (and lost) with China’s Weili Zhang in the [ ... ]
sports
Prince, Tyson Fury, Jose Mourinho - Sport's Greatest Ever Press...
It is strange how quickly new trends become traditions. Every afternoon at 5pm, when most people used [ ... ]
sports
Donors, Helpers, Providers - The Sports Stars Stepping Up To...
In times of crisis, there really is something to be gained from looking around at all the good that [ ... ]
football
Speaking The Same Language As Carlo And Jose - The Life Of A...
“What do you do in the bedroom?” “I sleep with your wife.” The life of a football [ ... ]
sports
'Quarantini' Anyone? How To Stay Healthy In Mind And Body At...
Keep those spirits up, dear reader! For many of us, being confined to our homes for the foreseeable [ ... ]
football
Exclusive Leon Osman Interview:The Rooney Explosion And Ancelotti...
Leon Osman couldn’t believe what he was seeing. The Everton midfielder had heard about a young [ ... ]
mma
''A Warrior Poet...Beautiful Man'' UFC Legend Frank Mir Shares...
Former UFC heavyweight champion Frank Mir has told The Sportsman of his admiration for WBC world boxing [ ... ]
boxing
54 Years In The Game, 400 World Title Fights, Bob Arum Is Still...
1966 is a special year in sport for a plethora of reasons.  It was the year the England football [ ... ]
football
'' I Believe In Fairies'' - The Life And Times Of The Extraordinary...
Brian Clough wasn’t just one of the most quotable managers in English football’s long history, [ ... ]
sports
Retired Jersey Numbers: When Sports Stars Become Immortal
Basketball creates universal icons who transcend the sport itself. Over the past three decades or so, [ ... ]
football
From Jules Rimet To The FA Cup, The Sporting Trophies That Went...
When the World Cup trophy was stolen in London on 20 March 1966, it threatened to plunge the most famous [ ... ]
motorsport
On The Ground In Australia As Coronavirus Threw F1 Into Chaos
The beginning of a season is normally a time of high excitement as we wait to see which teams have hit [ ... ]
football
'Wizard Of Dribble' Sir Stanley Matthews Was The First Gentleman...
Sir Stanley Matthews was no ordinary footballer. His was a career which spanned some three decades, [ ... ]
winter-sports
From Wheelchair To World Title, The Amazing Katie Ormerod
Katie Ormerod is at her family home in West Yorkshire, fresh from the news that she has just become [ ... ]
football
''It Will Always Niggle'' - Leon Osman Reveals Hurt At How His...
Leon Osman has told The Sportsman of the hurt that still lingers as a result of finding out by text [ ... ]
football
The Man Behind The FA Cup: How Charles Alcock Made A Modern...
There might never have been a more significant game of football than the one played at The Oval on 16 [ ... ]
boxing
The Mike Tyson Interview: ''Living Takes A Lot Of Courage.''
Mike Tyson’s life has been a well-documented roller coaster ride. A difficult childhood, then [ ... ]
football
60 Years In Football, Sacked 37 Times...There Really Is Only...
When it comes to jobs for life, Barry Fry has it covered. The 75-year-old has been in football for a [ ... ]
football
Exclusive Arthur Numan Interview: Rangers, Romario And Rock...
“You just cannot explain it,” insists Rangers legend Arthur Numan of the intense rivalry [ ... ]
mma
Exclusive: ''I Was Mentally Broke'' - UFC Legend Frank Mir On...
Few heavyweights have ever made more Ultimate Fighting Championship appearances than that man from Las [ ... ]
sports
Real Life Forrest Gump Is On A Mission To Discover What It Means...
Rob Pope is a 42-year-old vet from Liverpool who describes himself as “your average talkative [ ... ]
football
Pele On Tour - The Times The Brazilian Legend Brought His Brilliance...
One of the most recognisable names in football, and a player who pretty much did it all at the highest [ ... ]
football
Beauty, Drama, Passion And Tragedy - Why Italia '90 Was The...
You only have to listen to the classic opening title sequence used by the BBC for their Italia '90 [ ... ]
motorsport
All Action Superhero Barry Sheene - He Loved The People And...
During my time working in the MotoGP and F1 paddocks I’ve been lucky enough to meet some great [ ... ]
motorsport
''DAS Ist Good'' - Can Anyone Really Better The Brilliant Benz...
The fireworks are exploding overhead, the music is pumping from the PA system and Lewis Hamilton, along [ ... ]
boxing
Remembering The Fight That Sparked Sports Greatest Rivalry:...
“I hated Ali. God might not like me talking that way, but it's in my heart.” Amidst [ ... ]
rugby
Know Your Knight From The Full Kit With Our Handy Rugby Fan...
The Six Nations may be all talk of the new Coronavirus and a blistering quick France, but there’s [ ... ]
football
Superclásicos Serve Up A Soap Opera Of A Final Day, With A Cameo...
Last Saturday afternoon, Hernan Crespo walked out onto the pitch at River Plate’s Estadio Monumental [ ... ]
This website uses cookies
Cookies help us and our partners provide statistics. By browsing this website, you consent to the use of cookies in accordance with our Privacy Policy and Cookies Policy.
Accept & Close