Manchester United’s McTominay played first half at PSG ‘with only one eye’. So screamed the clickbait headline, but dig a little deeper and things become a lot less shocking and a lot more clear.

It was Ole Gunnar Solskjaer praising McTominay after United’s 2-1 win at Paris Saint-Germain this week that led to the headline, with Ole's exact words being, “Scott played the first half with one only one eye as well, that was the most impressive thing, because he lost his contact lens.”

Ahh, he lost a contact lens! And here we were thinking he’d actually played with one eye. Because he won’t have been the first sporting star to play through horrendous injury.

From a ruptured testicle to a broken kneecap, here are five of the greatest acts of sporting resilience that laugh in the face of McTominay’s contact lens...

Paul Wood was playing in the biggest game of his career, the 2012 Super League Grand Final against Leeds Rhinos, when he caught a stray knee in the family jewels. It’s a common occurrence in the rough and tumble world of rugby league, but this would have long-lasting consequences for the Warrington Wolves forward.

“It does smart a bit when you get hit down there, but this pain wouldn't subside," Wood explained to BBC Radio Manchester. “As a rugby player you just do your job until you hear the whistle, there was nothing special about it.”

Wood played on for 20 minutes before being substituted in a tactical move by coach Tony Smith. It was only afterwards that it was discovered that he had actually ruptured a testicle and he would need surgery to have it removed.

“Ruptured my right testicle, got a knee one minute into the second half, had to have it removed,” Wood revealed on Twitter following the operation. “Just coming out the hospital to go home... Seriously feel like I’ve left something?”

“I can remember when I did it but not how. I was determined to shake it off, despite the discomfort,” said Dietmar Hamann of the fracture he sustained to his foot in the 2005 Champions League final between Liverpool and AC Milan.

Not only did Hamann play on, he stuck his hand up to take the first penalty after the incredible 3-3 draw, slotting home to tee Liverpool up for their fifth European title. And afterwards? Well, he just stuck ice on the foot. 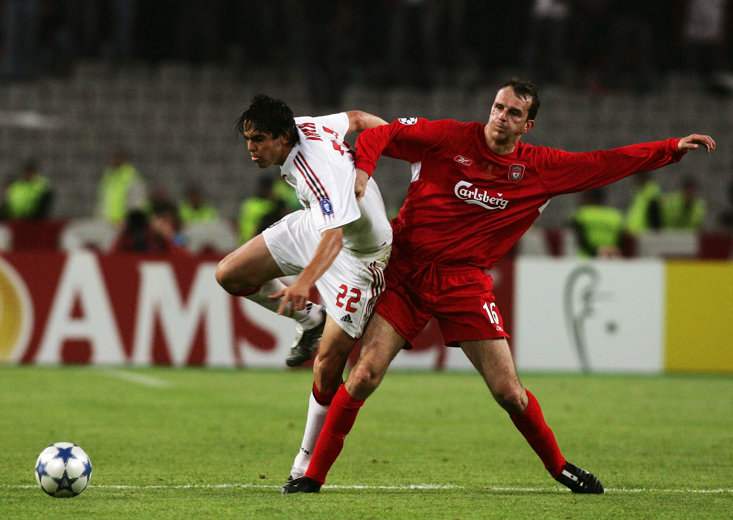 “I remember the Liverpool team doctor putting some ice on it afterwards but we were walking on air by then,” he explained. It would be seven days on, after joining up with the Germany squad, that his broken foot would finally be diagnosed after the national team doctor suggested he might need an X-ray.

For Hamann, though, staying on to score the penalty made it all worthwhile, “All that mattered was that I scored!”

It’s the 1985 NFL Wild-Card play-offs. The San Francisco 49ers are up against the Dallas Cowboys. The Niners’ Ronnie Lott makes a big tackle on the Cowboys’ Timmy Newsome, but there is immediate concern as his finger gets crushed under the pile of bodies.

Lott explained what happened next to KNBR 680, “The staff say ’You can’t play,’ and I was like ‘I’m gonna tape this thing up!’ The front of my finger was gone, and I’d broken the bone in half and I lost a piece of the bone. And they were like ‘You can’t play’, and I was like ‘What do you mean, I can’t play?’ It’s not being crazy, it’s just knowing the capacity of what you can do.” 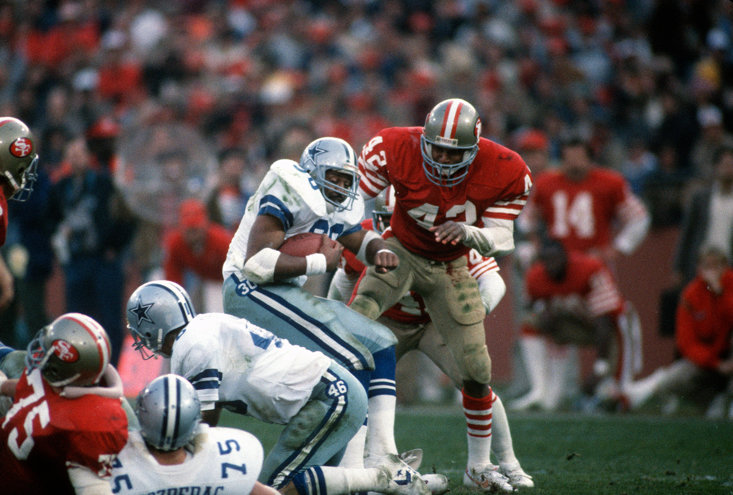 What he could do was finish the game, helping the 49ers to win 31-16, but he would miss the team’s elimination to the New York Giants the following week as he needed surgery to amputate the finger. Despite being told by surgeons that his new finger would look just fine, he later revealed that he was shocked by the result, “First thing I said after I saw it was ‘Man, that thing looks like ET’s head.’” All in the name of competition though, eh?

Bert Trautmann’s ordeal in the 1956 FA Cup final is one of British football’s most epic stories. The German goalkeeper dived at the feet of Birmingham City’s Peter Murphy in a bid to help Manchester City hold on to their 3-1 lead. Murphy’s knee collided with Trautmann’s neck, leaving the keeper dazed and unbalanced.

Though on-pitch attention was permitted, there were still no substitutes in those days, leaving City with the quandary of which outfield player would replace Trautmann in goal. Trautmann took the decision out of their hands though, insisting that he play on for the final 17 minutes despite clearly going through intense pain and continually clutching his neck. 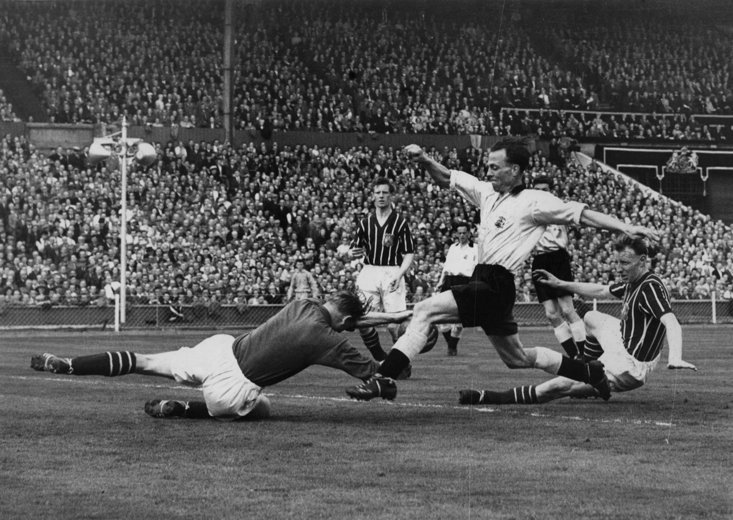 He would again deny Murphy during the time that remained as City held on, and would draw comments from Prince Philip as he received his medal such was his heroism with his neck clearly appearing crooked. It would take three days until he was finally diagnosed with five dislocated vertebrae and one complete fracture. Still, he’d made it to the post-match banquet in the interim, even if he was unable to move his head!

Japan’s gymnasts had a narrow lead over Russia in the men’s team competition at the 1976 Olympics as Shun Fujimoto began his floor routine. By the time he ended it, he had broken his kneecap. “I did well in the first half, but in the last moments I fell,” he told the Olympic Show years later. “I felt air inside my knee, but I tried not to show that I was injured because I didn’t want the judges or anyone to think that I was hurt.”

With the battle for gold remaining neck and neck, Fujimoto went full steam ahead into the pommel horse discipline despite the pain and achieved a high score. But the rings would play a crucial role in deciding Japan’s fate.

What followed was an incredible show from Fujimoto, as he delivered an astounding sequence despite performing in the knowledge that he would have to finish on a triple-somersault landing which would cause incredible stress on his broken knee. “Although I was injured, I had to do it anyway, for me and for the team,” he explained.

Upon landing, his right knee began to buckle but he was able to right himself long enough to raise his arms, take the applause and then hobble away aided by a coach. Though he would be unable to compete in the remaining three routines, his career-high score on the rings had done enough to edge Japan to gold with a now legendary display of guts.