Football
Features
Sterling has been integral to Gareth Southgate's side this summer
Simon Lillicrap
12:01, 10 Jul 2021

Ahead of Euro 2020, not many people had Raheem Sterling starting for England. The Manchester City man was out of form and had been dropped by Pep Guardiola in their title run-in, but Gareth Southgate has shown unwavering faith in the winger and been rewarded by a man who is now favourite to win the Player of the Tournament award. This Sunday he has a chance to certify himself as an England legend when they face Italy in the final.

“The importance of him to this team has been absolutely incredible and I'd go as far as to say, if he wasn't in the team, I'm not sure we would be in the final now,” England legend Stuart Pearce tells The Sportsman.

“I thought that he absolutely led from the front, he was our best player by far. Now this is a ridiculously over-exaggerated statement but he has almost carried the team. The team have been fantastic, don't get me wrong, but every game he has wanted the ball, started the game brilliantly, ran at the opposition early on, full of energy at the end of the game, he has been in my opinion England's best player by far in this tournament.

“He deserves all the credit he gets, he has scored three goals, he was in at the back post when Simon Kjaer ended up putting it in his own goal against Denmark. If he didn’t then Raheem has got his fourth goal of the tournament.”

This England team and their manager Gareth Southgate, have given the country an awful lot to be proud of, as the Three Lions have made a major final for the first time since 1966, and Pearce is reflecting the mood of the nation. 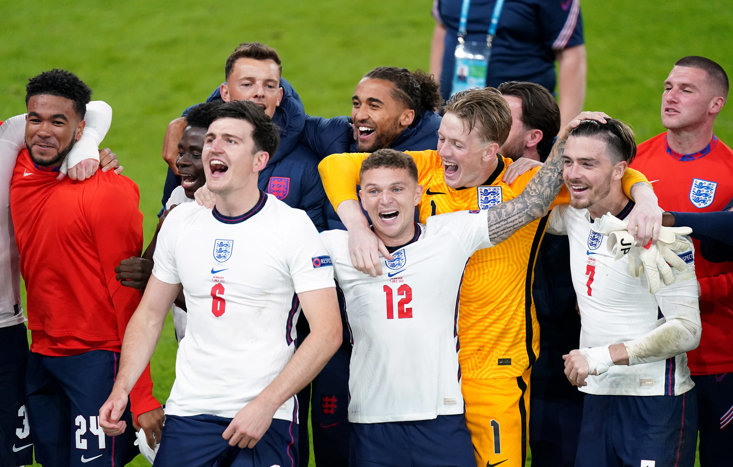 This England team has been united like no other

“It was fantastic to see the celebrations on the side of the pitch at the end of the game with all of the staff. I always look out for certain individuals that have been at the FA for a number of years, the analysis department has got a couple of individuals who were there when I was inside, they have all played their part in a massive team effort.

“I would just say really, use that togetherness, you've got the backing of all of us and go on and deliver a trophy. Whichever way it falls, you still have our support.”

England’s final opponents on Sunday will be Italy, who for Pearce have been the standout side of the tournament so far. With Ciro Immobile and Lorenzo Insigne, they are sure to trouble the English defence, while their midfield has been outstanding this summer.

“They play with high energy, they’re extremely well organised as a team, they press brilliantly as a group, they don't let you settle on the ball and the counter-attack threat is there for all to see,” Pearce says, analysing Roberto Mancini’s side.

“They've got two of the most experienced central defenders in the business that are very difficult to break down and they are going to be a real tough nut to crack. If I put my hand on my heart and said who have been the best team consistently over this tournament, and I had a choice between England and Italy, I would say Italy more than we have.

Pearce has predicted every England result correctly so far, bar the Scotland one. The left-back has shown complete faith in Gareth Southgate’s team and they have proved him right at every turn. So what is his score prediction for the Euro 2020 final?

“I think it is going to be a 2-1 victory for England. But I think we are into extra-time again. You'll get [a Psycho celebration] from Gareth. I've seen him playing at his celebration a little bit. Gareth will deliver that and more if he ends up being triumphant with England!”