With her new book ‘Be Water, My Friend: The True Teachings of Bruce Lee’ released this month, the late action movie icon’s daughter Shannon Lee regales previously untold stories and fascinating insights from her father's life along with the concepts at the core of his philosophies. The result is the informing of invaluable lessons from the brilliant, kinetic mind of Bruce Lee, many of which are especially resonant in these particularly tricky times.

“I do believe the timing has been perfect,” Shannon tells The Sportsman, “It was perfect for me in terms of my growth and it has proven to be perfect for the times we find ourselves in now. I do hope the book will be of use to many people.”

Shannon runs The Bruce Lee Foundation, a not-for-profit organisation that motivates individuals around the world to become the best version of themselves through a number of educational and social initiatives. She also hosts The Bruce Lee Podcast. It was through listening to the show that a publisher approached her with the idea for the book, a concept that Shannon had already been mulling over. The fundamental question, however, with such a complex and beloved personality as her father was what type of publication she wanted to produce.

“With all things ‘Bruce Lee’, because he was so powerful, so prolific, there are many different directions you can go down,” she says. “Sometimes focus is a challenge for me, personally, in caring for his legacy and figuring out the best way to pass it on, and not trying to do everything at once.

“I thought focusing on his philosophy to ‘Be Like Water’ would be a good way in. It’s a window into many of his other philosophies as well. The very simple notion of ‘being like water’ is so multi-layered and deep.” 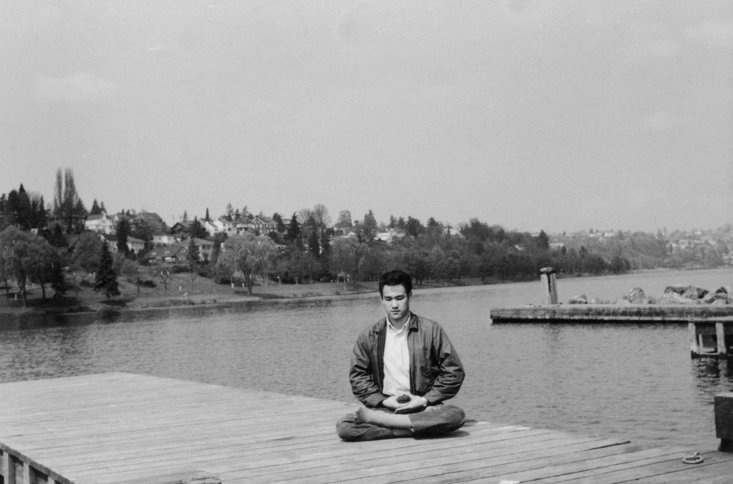 Bruce Lee beautifully recited his  ‘Be Water’ mantra on The Pierre Berton Show in 1971, two years before his death at the age of just 32.

“When you hear him say this quote, it’s memorising,” says Shannon, “He has such a beautiful way of expression, it’s very therapeutic. Listening to the words wash over you is soothing. To get to have a more intimate understanding of them, it was really a gift for me to go on that journey and the opportunity to delve into this particular philosophy has been extremely enriching. I feel ever so much more connected to the meaning of his work and I hope that other people will as well.”

This quote has universally oscillated. Nearly half a century since his untimely passing, it has been a fixture of college posters, coffee cups, and even songs. “We of course all have an experience of water,” explains Shannon as to why this philosophy has endured. “We’re made up of water, we need it to survive. It’s nourishing, it’s beautiful, it’s powerful, it’s vital. I therefore feel innately, when someone says ‘Be Water’, you have an immediate natural association and a visceral reaction. It immediately offers a pathway to your mind, to have an experience or to ponder. And when you see someone like my father, like Bruce Lee, saying these words, then we equate them to him. Powerful, graceful, fluid, strong, vibrant, energetic. All those words also describe water. It’s an association so easy to make.”

Her father is first and foremost known world over as an action movie star - perhaps the action movie star - with an influence that still cannot be understated. Bruce Lee almost single-handedly changed the perception of what a movie star should look like, in both ethnicity and body. For those who know him solely as an action star, this book certainly helps to create a deeper understanding of the man and his mythos, as well as paying due attention to that classic cinema.

“For both fans of Bruce Lee and action cinema, despite the foremost interest in philosophy, the book contains many martial arts analogies and tells many stories about my father and the work on his films,” says Shannon. “But I do believe that there is something for everyone, even those who don’t wish to engage in personal work or self-help dialogue. There’s my perspective on my father’s life, his martial arts, and breaking down philosophical tenets of Jeet Kune Do (a hybrid philosophy of martial arts patented by Lee). Hopefully if you have a general interest in Bruce Lee, the self-improvement aspect will ‘sneakily’ sink through to some extent!” 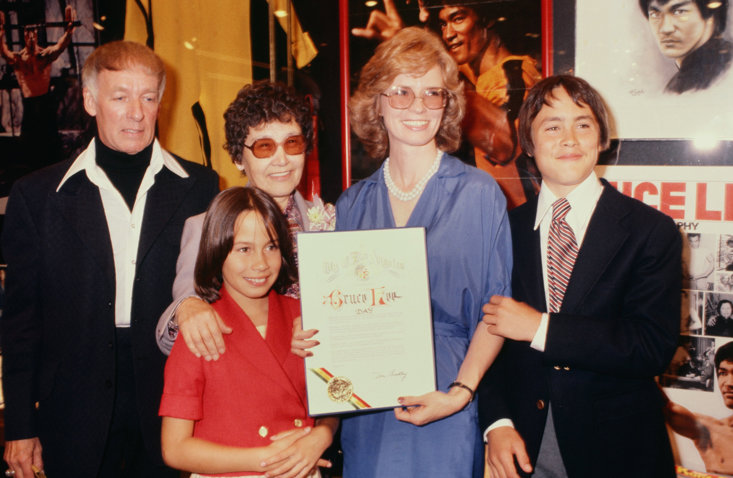 Shannon herself engages with not just very personal recollections of her famous father, but is candid about how embracing the philosophies has guided and informed her, including coping with further family tragedy.

“I do go in depth on my brother Brandon’s death (in 1993, aged just 28, from an accident on the set of the film, The Crow) and processing that,” she says, “From my perspective, I’m trying to be the reader. This is the life we’re all living so let me talk to you in that very personable and understandable way.”

The humanistic quality of the book is extremely accomplished, as is its accessibility. It has become easy to deify Bruce Lee in the time since his death, but for a man who was observed as ‘perfection’ he was first and foremost a man who succeeded due to recognising his own imperfections. What instead Shannon provides with ‘Be Water, My Friend’ is the brilliant human being who had the capacity to benefit others, and as such the tone is reflective. In a manner, the ‘Friend’ element is treated with as equal importance as ‘Be Water’. 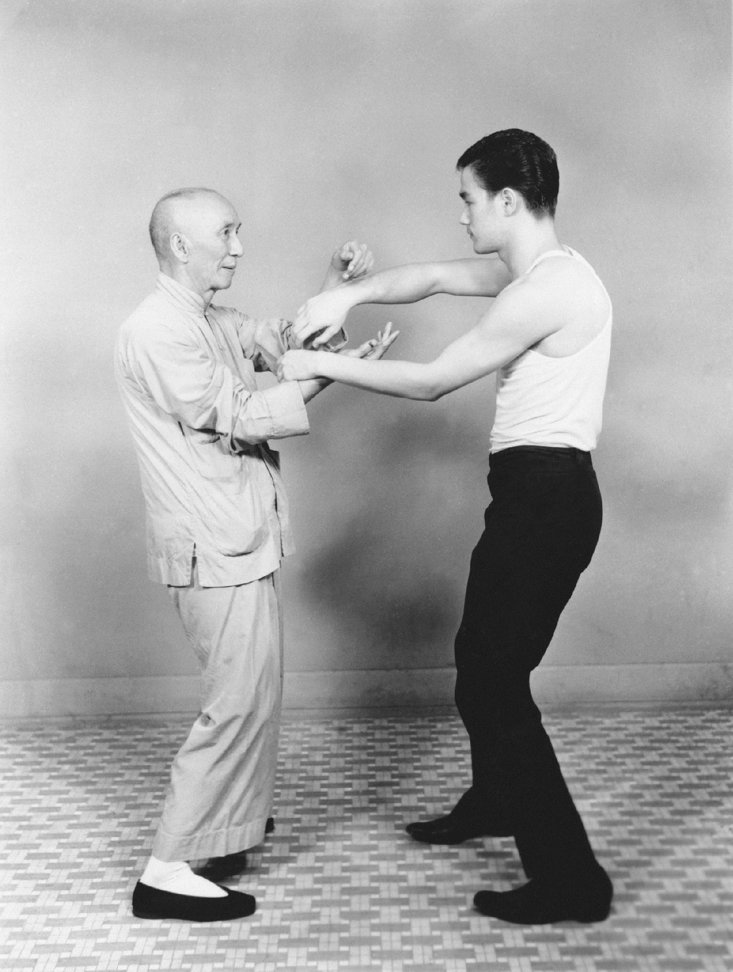 “My father wanted people to recognise the extreme hard work he put in,” informs Shannon, “His unrelenting diligence was why he was able to accomplish so much, ultimately in such a short space of time. It’s easy to see him up on screen and go ‘Wow, he’s so talented!’ but he worked on that performance, very, very hard.

“And that is why there are all these things for us to practice too. Today we seem to want things without putting in the effort for them.

“One of the aims of this book is to introduce this different facet of my father to the world. I think most people know him as the super-cool martial artist who did awesome kung-fu films. I really want people to see this alternative but complementary side of him because it will undoubtedly help them to realise how they have been so impacted by his screen presence and his persona.

“I think the philosophy is where ‘the nutrition’ is.”