It might be hard to believe it but it’s been a whopping 40 years since Star Wars fans first heard those four immortal words from Darth Vader, lauding his paternity over Luke Skywalker mere moments after chopping off the poor lad’s hand and sending it to the depths of Cloud City. 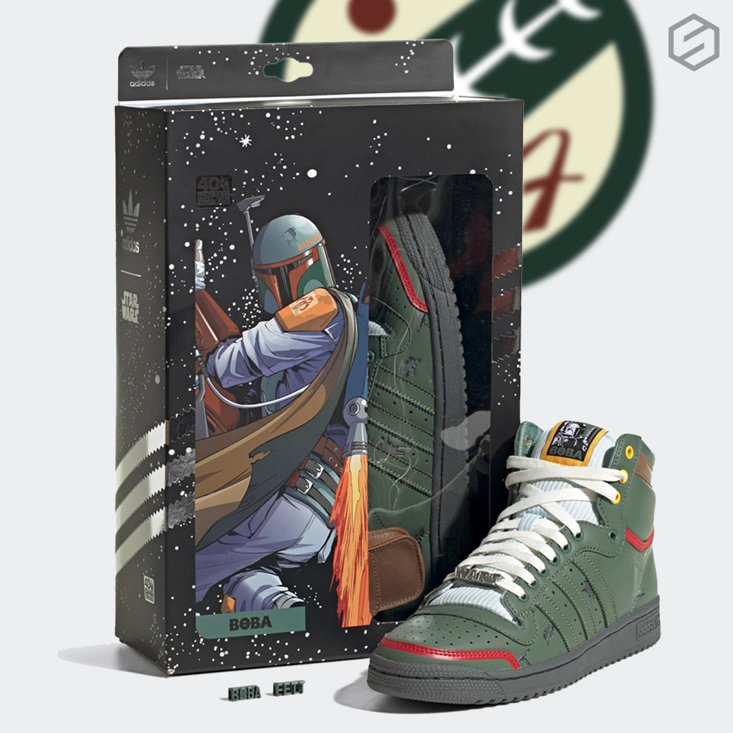 In that time, the Star Wars franchise has added another nine feature length films, a multitude of TV series and videogames and as of 2020, is worth an eye-watering $20bn - the fifth-highest grossing media franchise of all-time! Star Wars popularity unquestionably hit its zenith with the release of The Empire Strikes Back in 1980, which, despite mixed reviews on its release, went on to be widely-heralded as the greatest Star Wars film ever and is currently placed in 14th in IMDB’s top 250 greatest films ever. 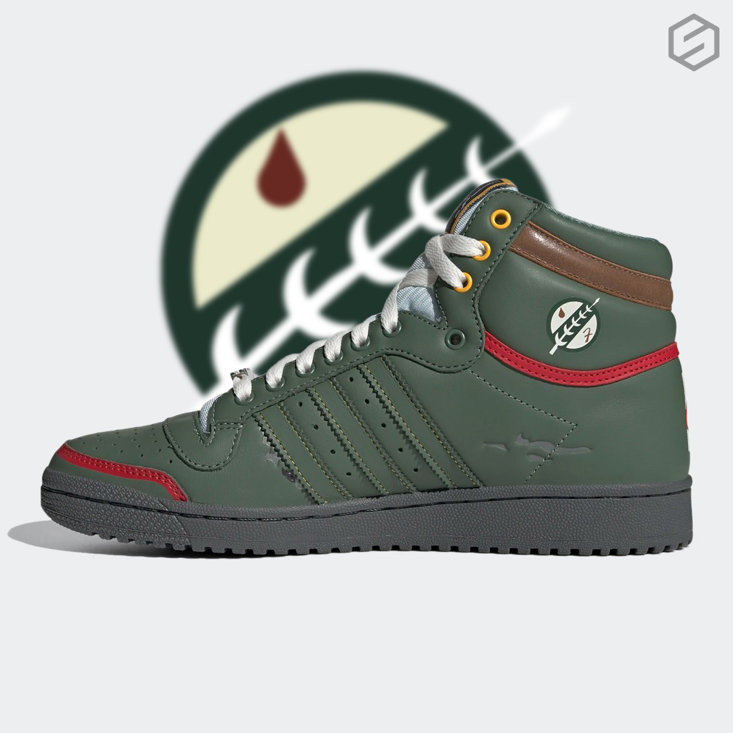 Now, to celebrate 40 years of George Lucas’ masterpiece, adidas are paying tribute to the most iconic intergalactic bounty hunter in cinema history, Boba Fett. The Top Ten Hi sneaker comes designed in the infamous Mandalorian’s famous armour with an olive green upper colourway and a variety of nods to the character throughout, including battle markings, a light blue tongue that resembles Fett’s undergarment, red accents and Fett’s mythosaur skull signet on the heel. 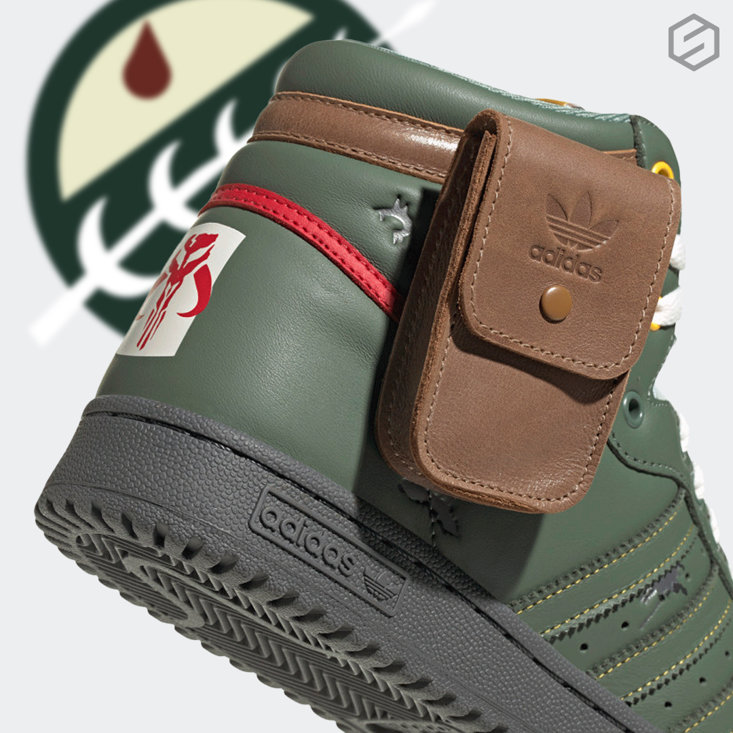 It even includes Fett’s famous utility satchel, which hangs on the heel’s collar. You’ll be a jet-pack hovering, blaster-wielding, bounty hunter in no time.

The sneaker is set for release in the UK on September 24th exclusively from the adidas UK webstore. In July, adidas unveiled a number of other sneakers in their Star Wars collection including Yoda, Luke Skywalker and R2-D2. 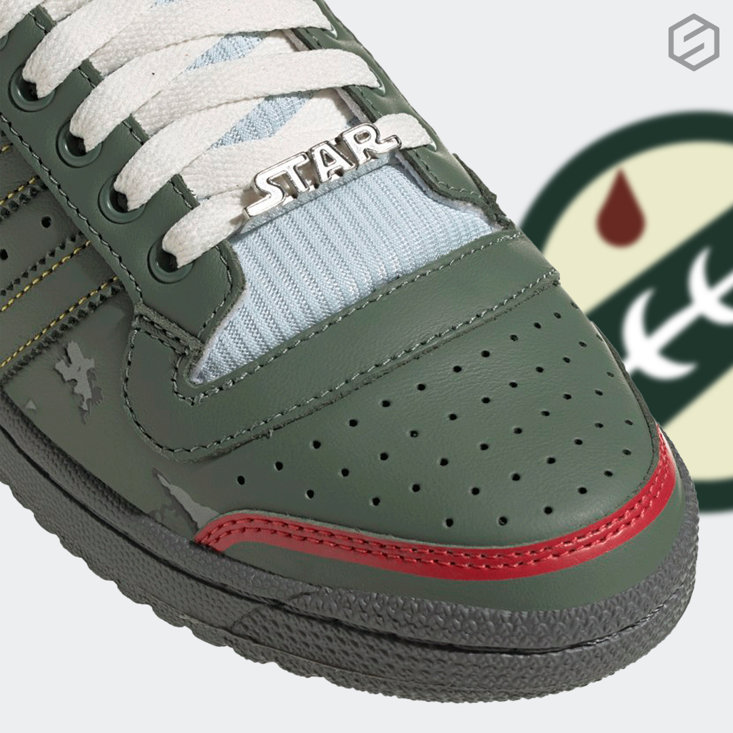