The third season of the year. We British call it ‘Autumn’, derived from the Latin word autumnus. The Americans call it ‘Fall’, because the leaves fall from the trees. Awesome.

But whatever you call it, there’s no doubt Autumn/Fall (take your pick) is the best season for skateboarding. In fact, Skateboarding clothing is historically suited for this sort of weather and now, iconic skateboard brand Santa Cruz have raised the bar yet again with the release of their outstanding Fall ‘20 collection. 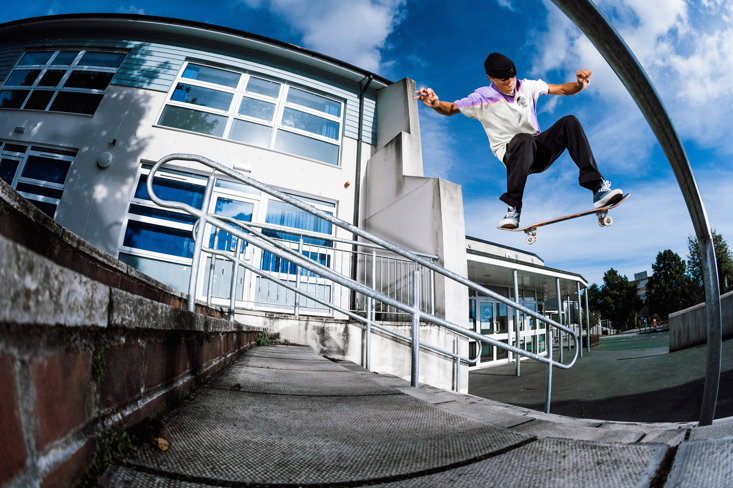 This is a truly global release with eye-popping art designed across the threads by the legendary graphic artist Jim Phillips. A man who has influenced skateboard art like nobody else (He’s so revered he’s actually in the Skateboarding Hall of Fame). His logos and graphics emblazon each perfectly designed piece making them instantly recognisable and allowing you to look your absolute gnarliest on the ‘board.

History has always been integral to Santa Cruz and, in the world of kick-flips and ball bearings, they’ve seen it all - something that is clear to see throughout the collection. The ‘Speed Wheels’ collection, for example, is an epic throwback tribute to the golden era of Santa Cruz skateboard wheels, which reached their zenith between 1985 and 1991. 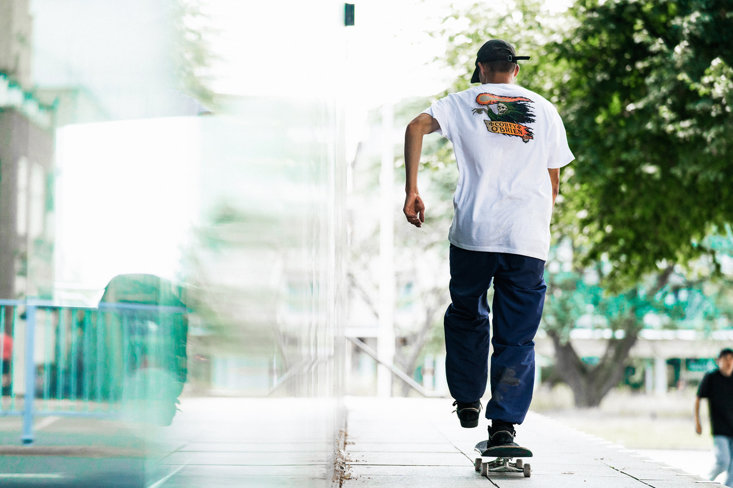 Last season’s debutant range ‘Organic’ returns for a not-so-difficult second series, made from 100% organic cotton using less water, chemicals and energy in its creation, you can be kind to the planet as well as your wardrobe.

With the release (or should that be re-release?) of the Tony Hawk’s Pro Skater 1 + 2 remaster last week, which looks flipping awesome by the way, skateboarding is once again hitting the zeitgeist in a big way. Every kid and his brother played the original Tony Hawk games so a whole new generation getting to experience the joy of finally landing ‘the 900’ can only be a good thing for the sport. 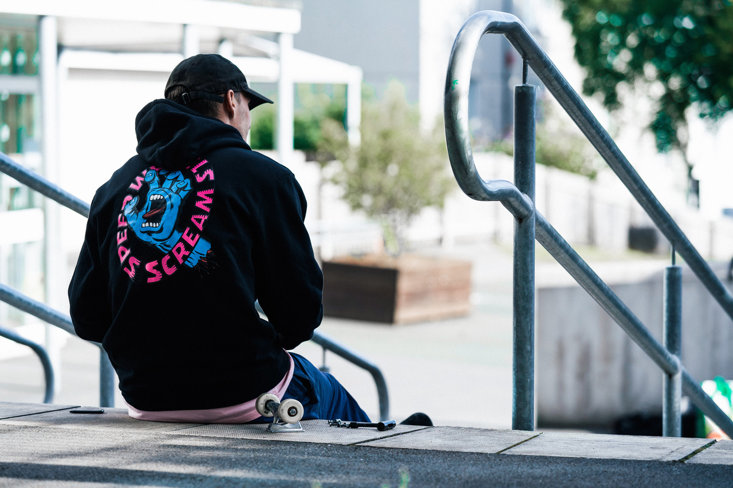 And interest in the sport is only set to grow further when it finally makes its debut at the Tokyo Olympics next year (you wait 124 years to be included and a global pandemic steps up to make you wait even longer still!).

With this latest Santa Cruz drop, there truly is something for everyone, even those ‘new-to-the-ramp’ youngsters. The 'Flaming Japanese Dot’ t-shirt and 'Japanese Knit Crew' both feature feisty flaming graphics while the trendy ‘Classic collection’ features workwear-inspired pieces like the 'Classic Workpant' and 'Encore jacket’. 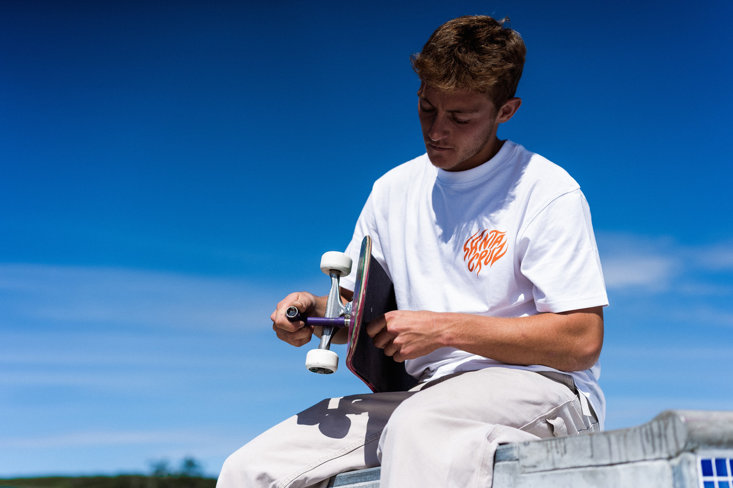 Simply put, looking this good on four wheels has never been so easy. The Santa Cruz Fall ‘20 collection is live now and can be found online at www.santacruzskateboards.eu.