Style
Jadon Sancho is the latest to get a shirt dedicated to him
Elliott Bretland
12:00, 07 Oct 2020

Jadon Sancho has always stayed true to his roots. Sure, the England hotshot is plying his trade in Europe with German giants Borussia Dortmund, but he’s never forgotten where he comes from.

The striker, who grew up in Kennington, South East London, before moving to sign for Watford at 11, joined forces with Nike in 2019 to build a brilliant new football pitch for his local community.

“Growing up in Kennington has made me the man I am today; I owe a lot to South London for nurturing the way I play," he told Nike. "I hope the local kids feel empowered to tell their own stories through football and follow in my footsteps - this pitch being just the ignition point.”

Then, this summer, the sport manufacturing giant launched the SE11 Sancho collection, which included a mercurial boot, tracksuit and, best of all, a sweet new jersey. Inspired by the streets of the capital, the blue shirt features plenty of cultural references including ‘vibez’ and ‘MEGZ’ as Sancho just loves to nutmeg his poor opponents just as he did his mates back in South London.

You know you’ve made it when you have a jersey made in your honour, but Sancho isn’t the first sports star to be acknowledged in this way...

Arguably the greatest footballer of all-time, let alone the 21st century, of course the Barcelona legend has his own shirt with the adidas Icon Jersey for kids.
Paying tribute to the Argentine, the design is actually pretty understated and simplistic, which is fitting really as that is exactly how Messi plays the beautiful game, with understated simplicity. 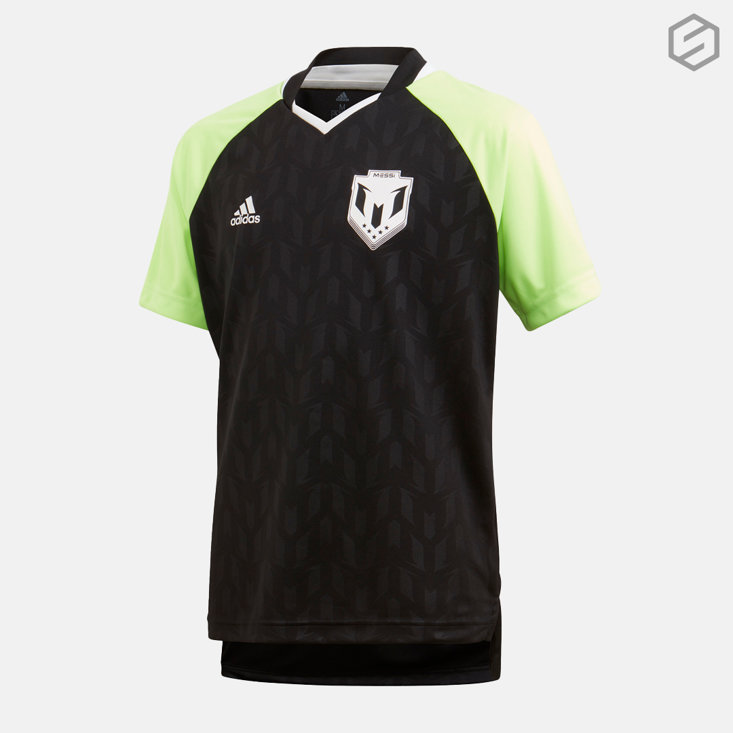 Coming in black, tech indigo and signal green, the shirt features a cool Messi badge and, of course, boasts his iconic number 10 on the back.

Adidas say the shirt is ‘dedicated to a man who needs no introduction’ and insist we ‘wear it beyond the boundary lines to show your love for the legend’. It’s a must for Messi fans everywhere.

The LA Lakers paid a beautiful tribute to Kobe Bryant by wearing specially-made ‘Black Mamba’ jerseys on Friday as they doubled their lead in the NBA finals against Miami Heat. They now need just two more victories to secure their first title in a decade.

Iconic NBA All-Star Bryant, who spent his entire career with the Lakers and won five championships with the team, and his daughter Gianna sadly passed away in a helicopter crash in January.Each shirt honoured Gianna too, featuring a heart holding the number two inside, the number the 13-year-old wore on her jersey when playing basketball herself. According to reports, Bryant had actually worked on the snake print design, based on the Black Mamba nickname he gave himself, before his death. 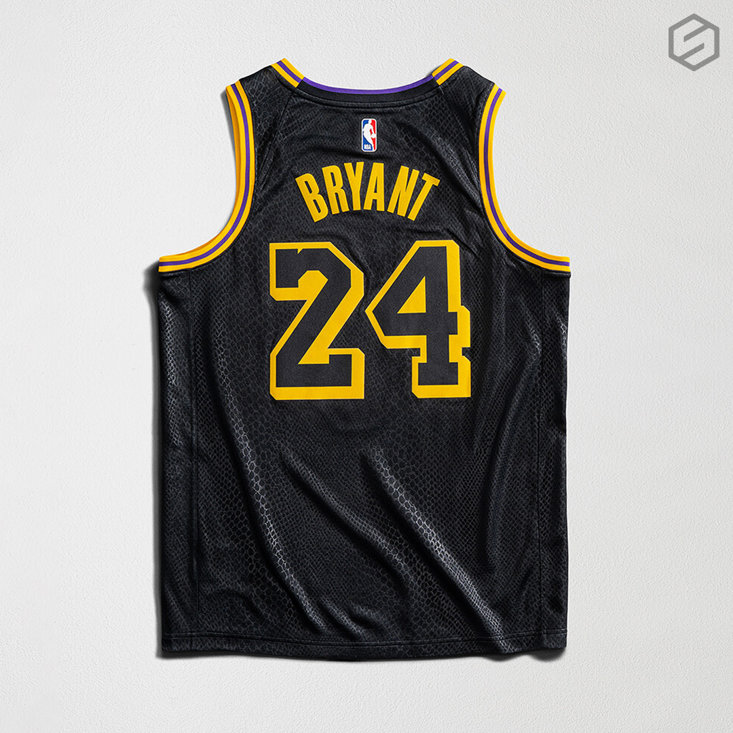 "It is always special to represent someone who meant so much - not only to the game but obviously for the Lakers organisation for over 20 years,” said LeBron James. "For us to honour him on the floor, this is what it is all about. We are thinking of the Bryant family and they are with us.

"We love you guys and hopefully we made them proud tonight."

The shirts are not currently available to purchase but keep an eye on the NBA store.

Giving a ‘hometown twist on the modern football jersey’, Nike were quick to pay tribute to a player who is already footballing royalty.

Still only 21, the Frenchman has a World Cup and a few French titles to his name, and even has his own football shirt, such is searing popularity.

Nike launched ‘Bondy Dreams’ in 2019, Mbappe’s first boot and apparel collection, marking the commune he grew up in on the outskirts of Paris and ‘the dreams born every day on pitches across the world’. 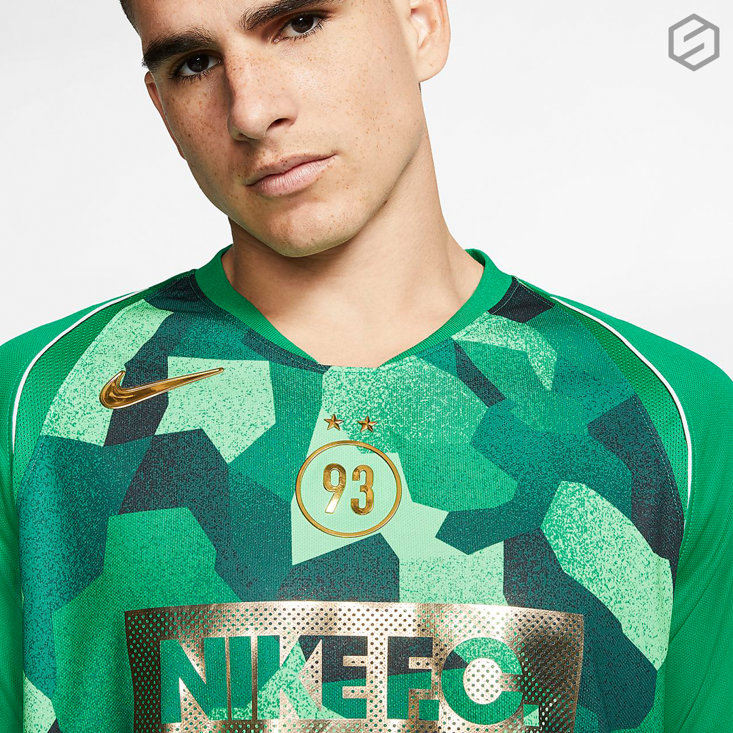 The green shirt, which features gold accents and a geometric pattern on the chest, also boasts a woven tag reading ‘Without risks there is no victory’ while his KM initials can be found on the sleeve.

Four years ago Colin Kaepernick took a knee to peacefully protest against social injustice during the American National Anthem. To commemorate last month’s anniversary of the San Francisco 49ers quarterback’s stand, Nike released an all-black jersey in honour of the movement he started. 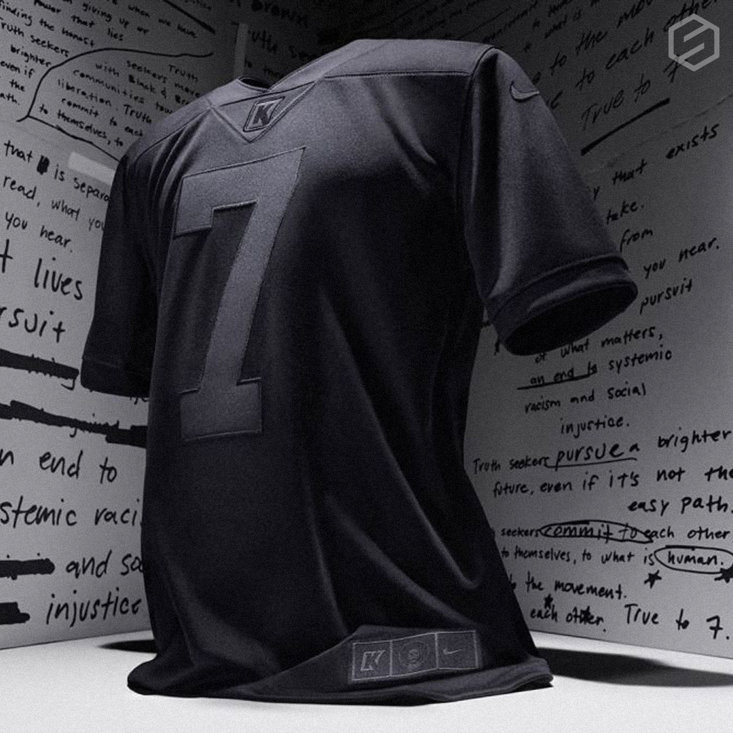 Taking to Instagram two weeks ago to thank his supporters, he proudly wrote: “Four years ago, I took a knee to protest against systemic racism and social injustice. It was that day that the number on my jersey would come to represent something greater than football, something greater than me. Since then, the number 7 jersey has become a symbol for advancing the liberation and well-being of Black & Brown communities. Thank you for staying True.”

What a man and what a role model.

At the start of 2019, Nike released two Neymar ‘Silencio’ jerseys, featuring the Brazilian’s ‘SHHH’ tattoo across the front of the shirt, in conjunction with the latest mercurials.

The white jersey which features a SHHH pattern across the sleeves is probably apt, with the PSG forward hearing criticism from a section of football fans about his game since joining the French side from Barcelona. 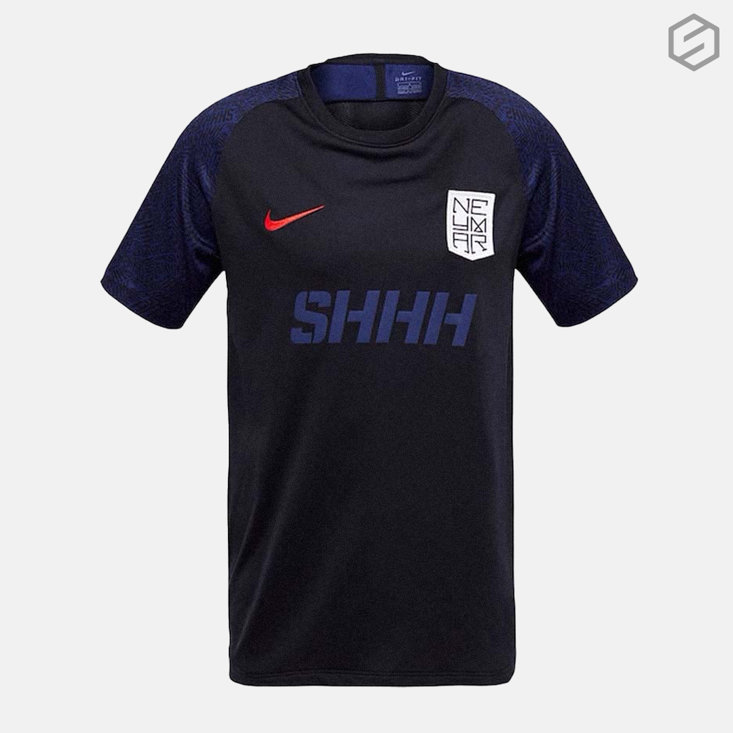 However, his annual medals will quieten the critics, as will having his own jersey featuring a Neymar crest made up of the letters in his name. As well as the white strip, there is a navy alternative, and both boast Nike’s dri-fit technology.