The adidas Superstar is one of the leaders in sneaker culture, a staple of shoe collections across the globe, having originally been released in 1970 as a low-top version of the Pro Model basketball shoe.

Made famous by LA Lakers legend Kareem Abdul-Jabbar, at one point the Superstars were worn by 85% of professional basketball players. These kicks were then catapulted even further into the mainstream in 1983 when rap group RUN DMC burst onto the scene and, refusing conformity, wore Superstar sneakers, famously without the laces and the tongue out, just as they would back home in Queens. Sales went through the roof when the popular trio sometimes held the shoes high while performing to as many as 40,000 thousand fans. They even had a song called ‘My Adidas’. ‘We make a mean team, my Adidas and me, We get around together, we down forever, And we won't be mad when caught in bad weather…’ 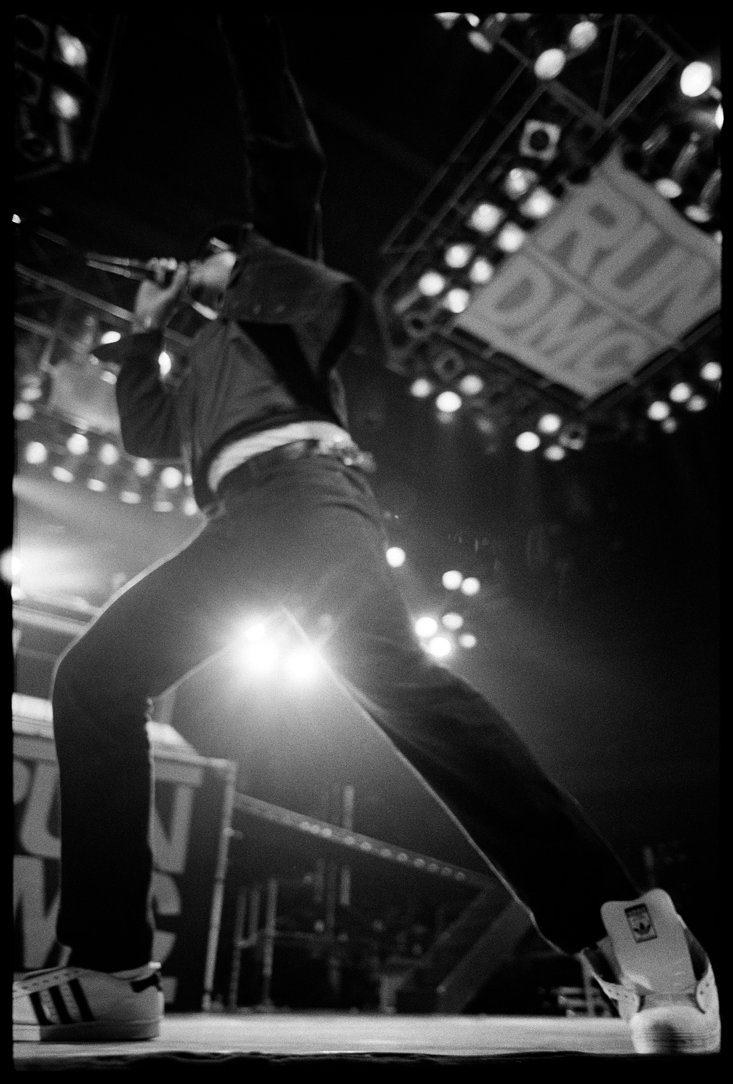 Adidas have been at the top for such a long time, producing hundreds of striking designs and colourways down the years, the German giants are celebrating a half-century with a wide variety of eye-catching, limited edition collaborations for 2020. Of course, no anniversary would have been complete without a nod to RUN DMC and so in February a laceless version of the timeless Superstar was released, featuring a clean black and white colourway at the base and RUN DMC embellishment on the tongue between two thick red lines. 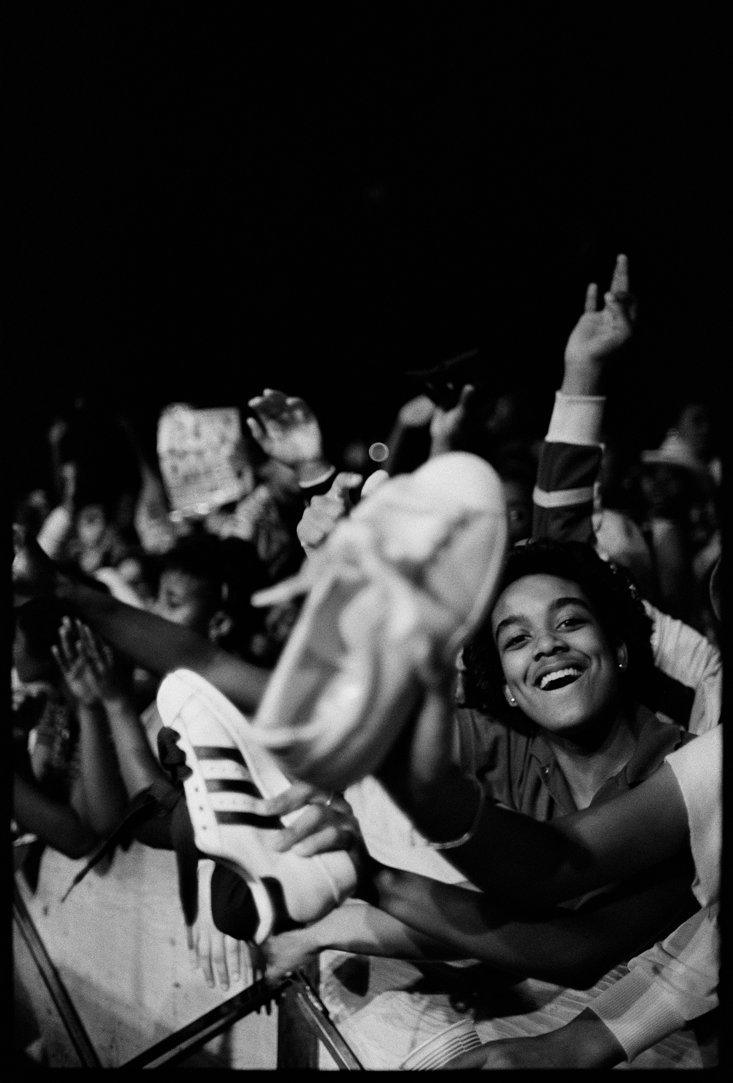 In the last month, adidas officially teamed up with Prada to produce some luxury kicks, with an upgrade in materials and an array of colourways available, while a glittering partnership with Swarovski offers an extravagant trainer complete with encrusted diamonds.

As well, the latest collab with Star Wars, a partnership dating back to 2014, sees Darth Vader moulded onto the plain black shelltoe for a menacing look. Earlier this summer too, HER Studio London, which specialises in working with sportswear and swimwear brands, teamed up with adidas to produce a floral heavy design with skater Mark Gonzalez. Whatever your interests, there will be a Superstar collaboration for you released this year or still to come before 2021. 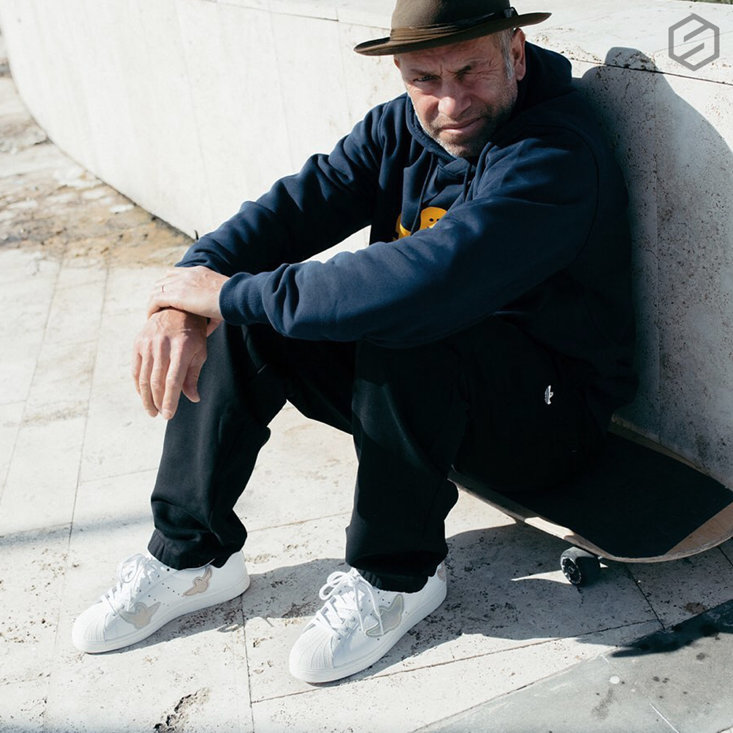 Check out the collection at https://www.adidas.co.uk/superstar