On August 23, Kobe Bryant would have turned 42 years old, marking a time to rejoice and reflect on a five-time champion, 18-time All-Star, a two-time NBA Finals MVP, and a true King of the Court within the NBA monarchy. The day after his birthday uses the combination of his two signature jerseys, #8 and #24 for Mamba Day.

At The Sportsman we’ve been unabashed about our love and admiration for the L.A. Lakers’ all-time leading scorer, not just for what he brought to basketball, but for his influence on fashion and sportswear, too. Here are the best, most sizzling shoes the late Bryant brought to the game. 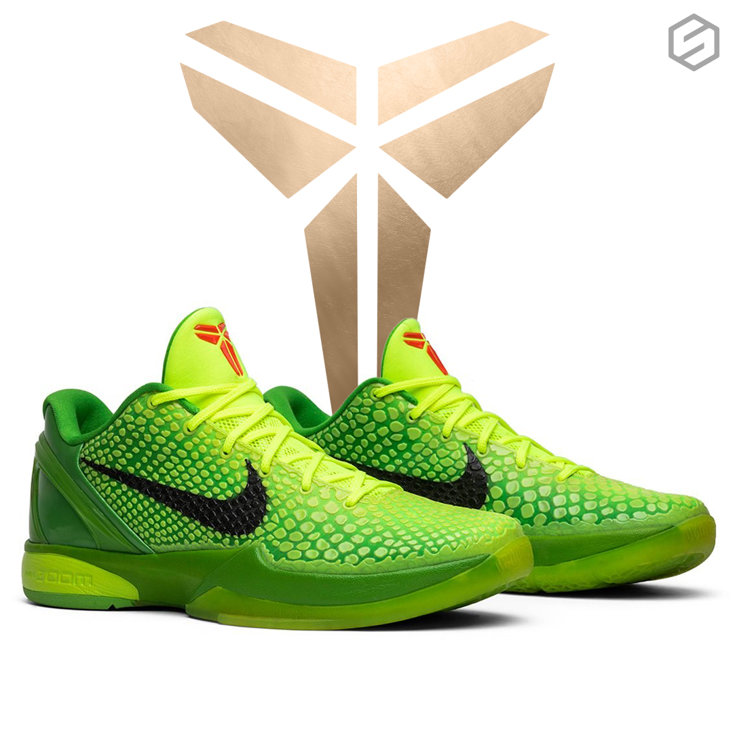 There’s no other place really to start, is there? Visually, a century from now these are the signature shoes that will likely be remembered most fondly with the Bryant brand. Designed by Eric Avar, a figure who’ll rear his head more than once on this list, the Nike Zoom Kobe 6 was originally released from 2010-2011. Adhering to the Mamba person, the shoe featured a polyurethane "island" upper, made to mimic a snake's skin. The Grinch version hit the shelves on Christmas Day 2010, featuring a beautiful Green Apple colourway of the grumpy Dr. Seuss character. The style however was predominantly intended to evoke the deadly Green Mamba snake - one of the most poisonous reptiles on the planet - with the green scales and black eyes evident on the upper, a scaly Mamba-inspired texture with a contrasting black Swoosh. Just fit. 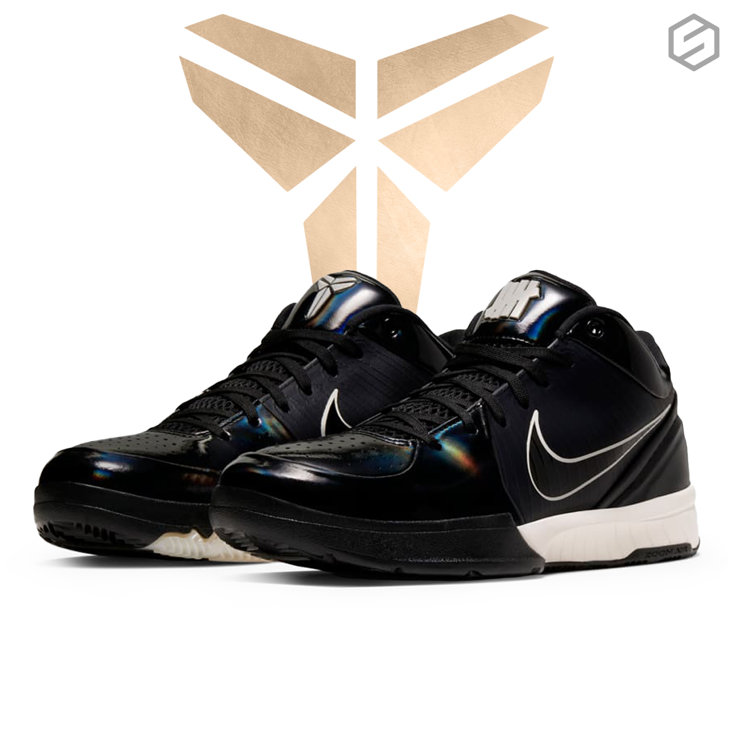 The Gamechanger. The shoe that disregarded the philosophy that a low-top kick means a collision course with injury, the Zoom Kobe 4 made its debut in 2008. Designed by Avar and Tom Luedecke, they feature Flywire on the upper, Zoom Air cushioning and a Lunar Foam midsole. The risk-taking paid off: it became the most popular sneaker in the Nike Kobe line. Over a decade later, Nike and Kobe went back to the line, releasing the absolute sex-on-feet Undefeated x Nike Kobe 4 Protro, which incorporated an iridescent black upper with co-branding on the tongue and heel, sitting atop a black and white midsole and semi-translucent outsole, for an exquisitely deadly finish. 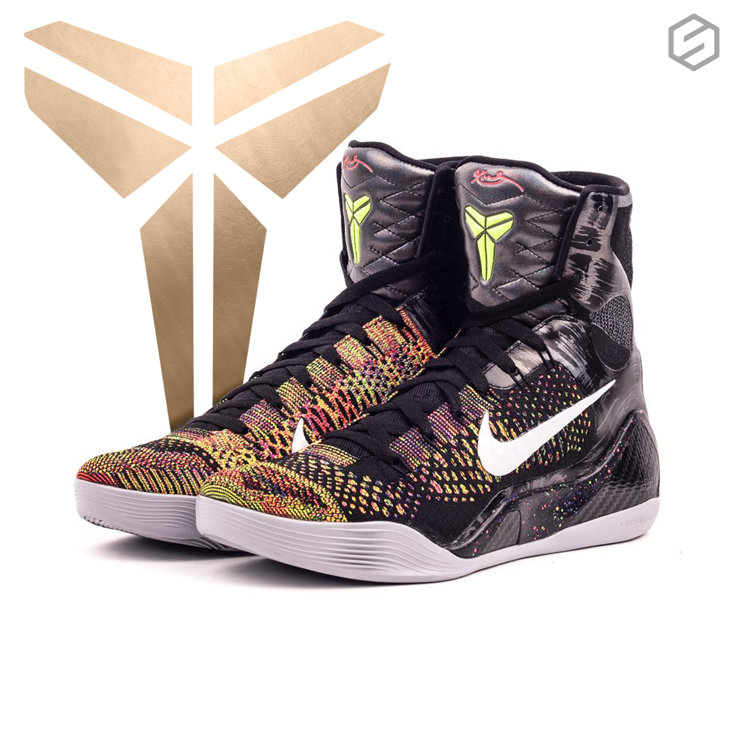 One of the shoes that stands tallest - literally - in his portfolio, the Kobe 9 Elite was an eye-catching

high-cut that became the first basketball shoe to feature Flyknit technology, but the ‘Masterpiece’ took it to a whole other level.  To impress both the athlete and the aesthete, each colourway of the Kobe 9 was inspired by different artistic periods, while the “Masterpiece” showcased both the shoe and Kobe Bryant as classic works of art. The bright, multicolour Flyknit upper caught the attention against the black base of the shoe, highlighted by metallic silver but most stylishly, underfoot, a Lunarlon insert sat atop a thin web outsole, while a red line accent on the heel serves as a nod to Kobe’s return from a torn Achilles. 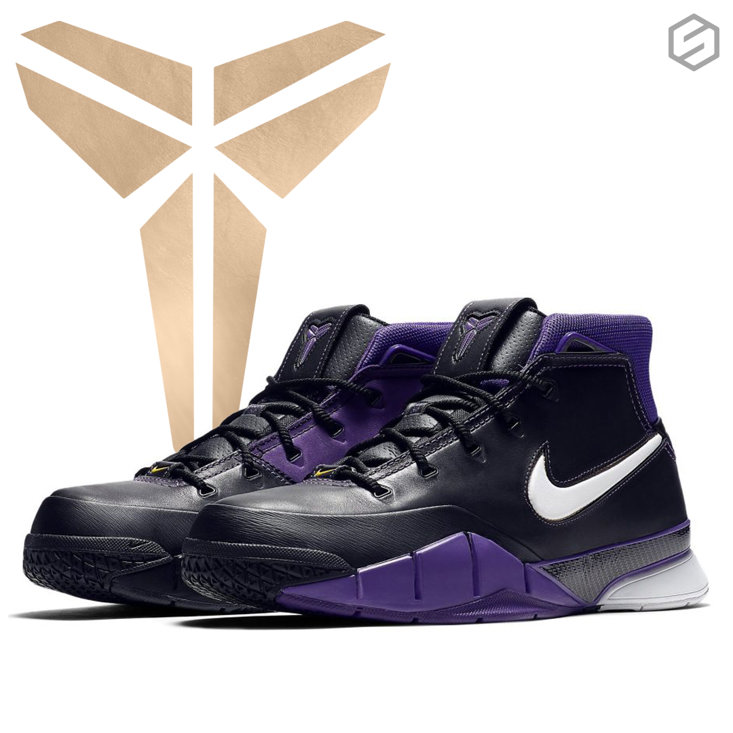 Back to where this beautiful friendship was just beginning; when Kobe was beginning to make his mark on the world, and Nike truly had found Michael Jordan’s successor, both on the court and off it. In 2018, the duo behemoths reminisced and devised a version called ‘Black Out’, with additional improvements for cushioning. 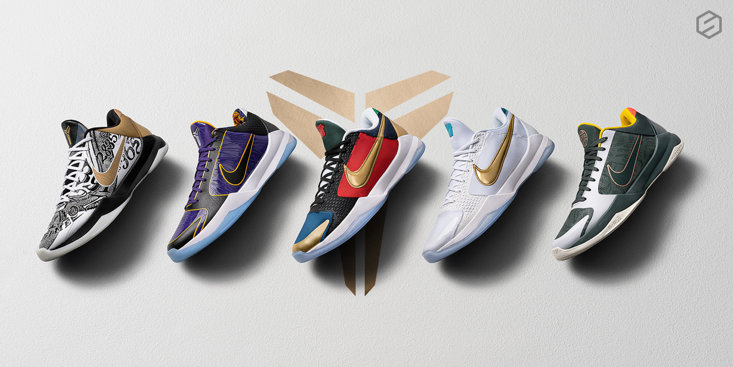 The last on our list is one of the latest, created to mark Mamba Week. The “5x Champion,” uses the tri-colour: a purple, gold and black scheme that harks back to the bespoke jackets Jeff Hamilton crafted for Kobe after his second and third Larry O’Brien Trophies. These bad boys hit shelves on Monday (August 24) and we can’t wait to get our hands on a pair.