Designed by a university student for just $35 in 1971, the unmistakable logo has tied together some of sport and pop culture's most memorable moments down the years. From Michael Jordan dominating basketball in his iconic high tops, to Tiger Woods revolutionising golf's lookbook en route to his 15 Majors. Cristiano Ronaldo wowing crowds and lifting trophies as his boots work their way through the Pantone Colour Guide, to Forrest Gump going on his three year run...

With an unrivalled reputation for the convergence of sport and style, what Nike isn't best known for is its 39-year commitment to garb made for the great outdoors. Back in 1978, a chance picture of two blokes named Rick Ridgeway and John Roskelley, was enough for the Oregon based brand to branch out beyond running tracks in pursuit of ridges. The pair were amongst the first Americans to ascend K2, the second largest mountain in the world, and they did so without feeling the need for oxygen and sporting Nike LDV sneakers!

Nike Hiking was subsequently launched in 1981. Innovation that was helping athletes move faster, combined with groundbreaking fabrics and the company's attention to detail and design, resulted in a look that made it cool to climb mountains. By 1989, Nike had transcended the peaks to take inspiration from a host of other outdoor activities, including mountain biking, kayaking, rock climbing and snowboarding, paving the way for the launch of a new label, All Conditions Gear (ACG).

The longstanding obsession of British menswear for anything that delivers a pioneering spin on utilitarian clobber meant that Nike ACG found its place on dancefloors and terraces in the 90s, as much as it did kitting out Stonemasters clinging to the cliffs of California.

In recent years, Nike ACG has enjoyed a revival, here's the pick of the latest range, available at Nike.com. 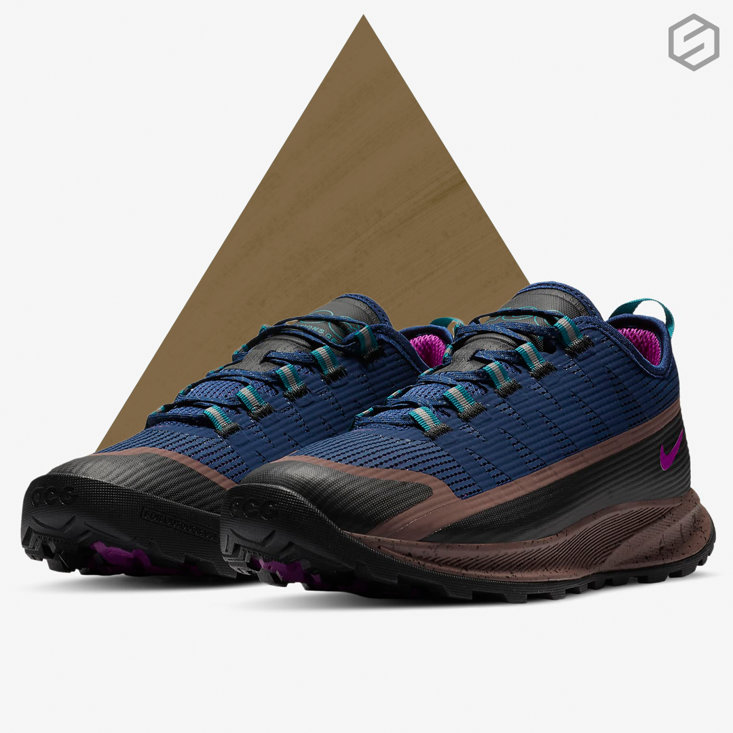 This shoe is Nike ACG epitomised. A contemporary spin on a classic 90s silhouette, in a colourway that somehow manages to be understated at the same time as landing a huge punch that makes a bold statement, courtesy of progressive and vibrant colours, for which the brand is known.

Named after Mount Nasu in Japan, there are no guarantees that these trail trainers will lead you to active volcanoes or nine-tailed foxes, as folklore suggests about its namesake on the Land of The Rising Sun. However, they will protect you from encounters with urban foxes and unexpected snow this winter. 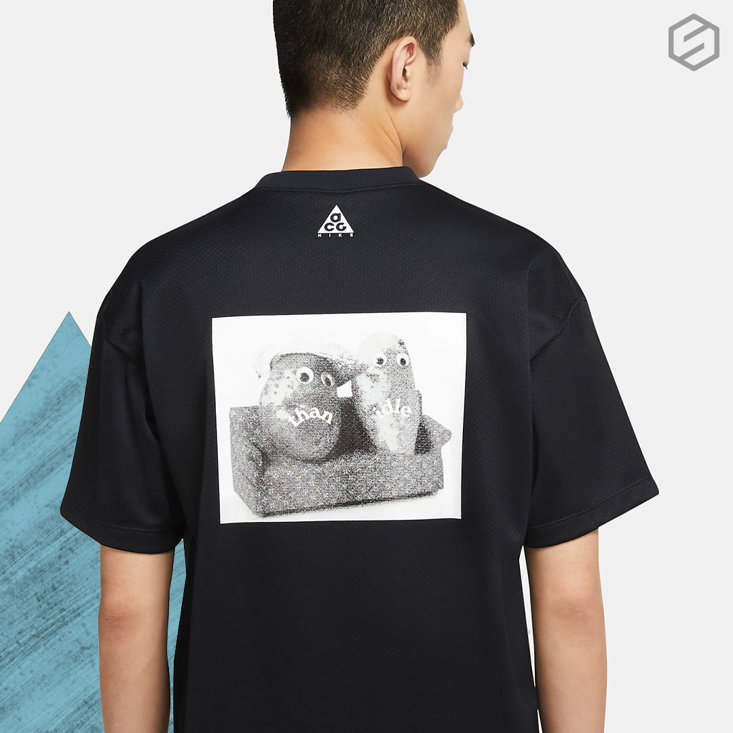 This tee-shirt screams fun and is the perfect reminder of how ACG differentiates itself from other Nike lines.

A pair of google-eyes sit aside the logo, with the phrase "much better wild..." leading off the chest detail, whilst the the words "than idle" completes the message on the back, accompanied by a graphic of a couple of couch potatoes.

Moisture-managed technology is anything but lazy, and makes this tee-shirt the perfect layer for your winter walk and will raise a smile from socially-distanced admirers when enjoying a well earned break. 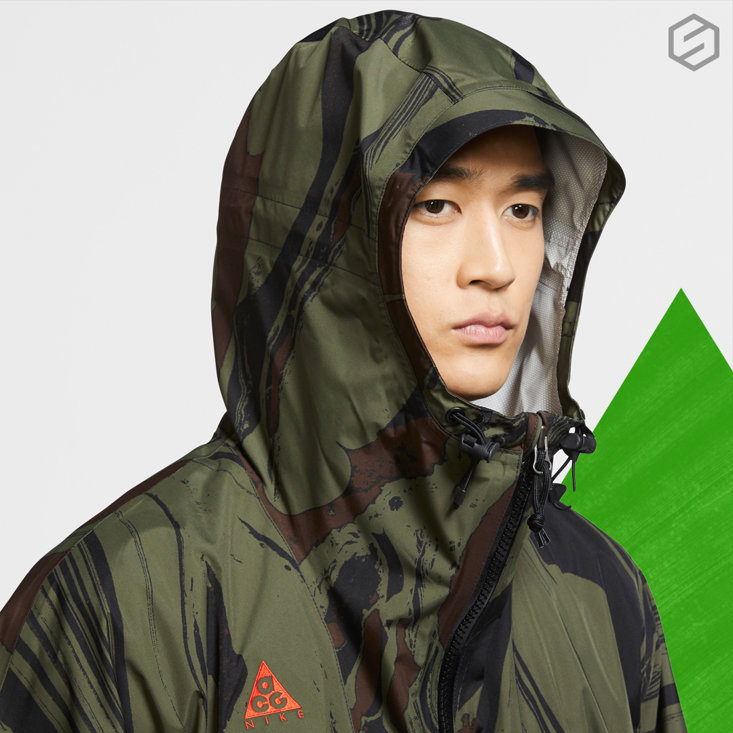 Whether it's Splash Zone seats at SeaWorld, or the front row at the football, this packable poncho will have you covered.

Inspired by Mount Fuji, the lava camo print pays tribute to the terrain of Japan's tallest peak and will ensure to turn heads as the rest of the crowd look on in envy during unexpected downpours.