In the aftermath of his unanimous points defeat to WBA Welterweight Champion Yordenis Ugas on Saturday, Manny Pacquiao strongly hinted we had seen the last of him in a boxing ring. ‘Pacman’ had competed gamely, getting the better of some exchanges, but had been soundly defeated by a man seven years his junior. Boxing often doles out harsh climaxes to its greatest fighters, and it was a relief that Pacquiao escaped relatively unscathed. Here are the fluctuating last-fight fortunes of six other boxing greats.

‘Iron’ Mike was coming off a humbling four-round loss to Danny Williams in his previous fight, and there had been calls for him to retire even before the McBride bout. The huge Irishman was brought in as a fall-guy, the sort of workmanlike slugger that would not have escaped the first round against even the fading 90s version of Tyson. ‘The Clones Colossus’ would sensationally tear up the script, frustrating his iconic opponent to the point Tyson tried to bite his nipples. Tyson quit on his stool before the seventh round, and would not be seen in a ring again until a 2020 exhibition with Roy Jones Jr. 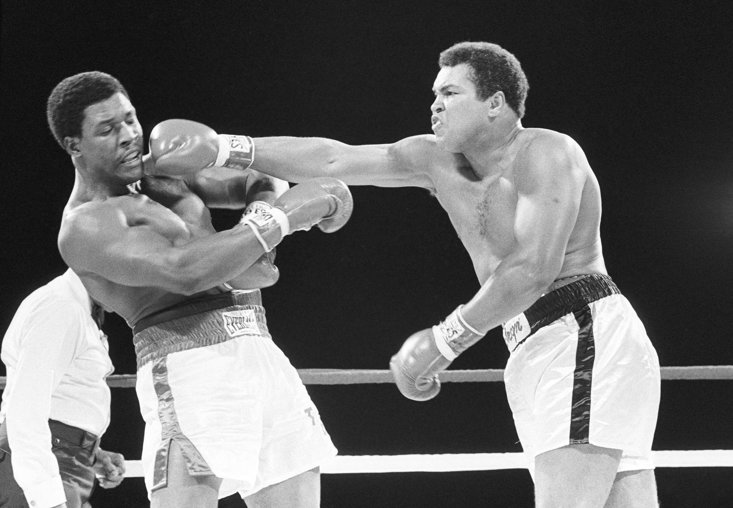 Those who reach the loftiest heights have the furthest to fall, and no boxer and reached greater heights than Muhammad Ali. ‘The Greatest’ had taken a deeply uncomfortable beating from Larry Holmes in 1980, and at this point nobody with a conscience wanted to see him in a prize ring. Part of a farcical promotion in the Bahamas, where a cowbell was used as a hasty replacement for a missing ring bell, Ali appeared in body but not in spirit as Berbick decisioned him in ten abject rounds.

Not every fistic legacy ends in heartbreak. Joe Calzaghe drew his glorious unbeaten career to a close with a successful defence of The Ring Light Heavyweight title, decisioning Roy Jones Jr. Calzaghe had to climb off the canvas to beat the former four-weight world champion, but looked comfortable while showboating his way to a fairytale conclusion.

Having defeated Marvin Hagler a decade before in what would turn out to be the last bout for ‘Marvelous’, the bell tolled for the great Sugar Ray Leonard in 1997. Leonard had not fought in six years, but commentating on Camacho’s disputed decision win over his old rival Roberto Duran emboldened ‘Sugar’ to return. Finding the perceived weaknesses of ‘Macho’ far harder to exploit than to analyse, Leonard took a one-sided beating on the way to a fifth-round TKO defeat.

The heavyweight of the 40s facing the heavyweight of the 50s, this dream fight would yield a succinct and vicious passing of the torch. It says a lot about the esteem in which the great former champion was held that, even at 37 years of age, he was considered the favourite against the 28-year-old unbeaten Marciano. A competitive, back-and-forth battle was turned on its head in the eighth round, when Rocky knocked Louis out of the ring with a concussive right, drawing to a close one of the finest ever ring careers. 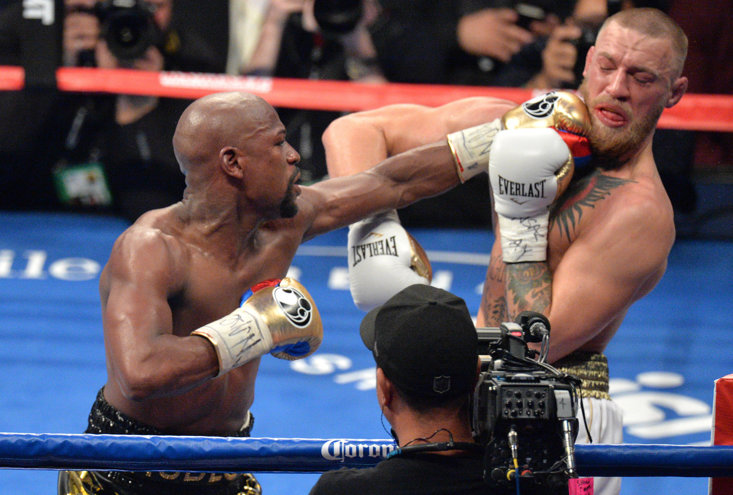 Perhaps the only legendary fighter to end their career fighting a debutant, Mayweather was last seen in a sanctioned boxing match when he stopped McGregor in the tenth round of their cross-codes clash. While its value to Mayweather’s standing in the sport is negligible, the fight garnered huge interest at the time, and can be seen as Year Zero for the current trend of fights that hinge more on celebrity dazzle than sporting integrity. Mayweather would top up his bank balance with further visits to the ring, but his exhibition scraps with kickboxer Tenshin Nasukawa and YouTuber Logan Paul would not be officially sanctioned.