Chances are you’re probably not acquainted with Doraemon, the 22nd century time-travelling robot cat (seriously), that’s been the titular star of one of Japan’s most popular manga series for over six decades since its debut in 1969, but in his native homeland, he’s an undisputed pop culture kingpin. 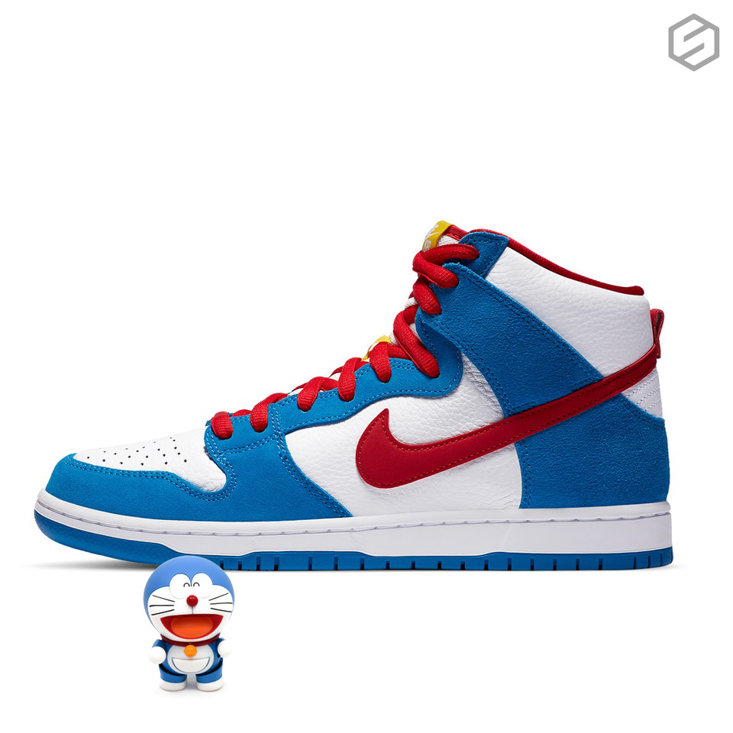 As of 2015, the manga had sold a whopping 100 million copies and such is this feline’s celebrity status, he was even appointed Japan’s first anime ambassador in 2018 by the Japanese Foreign Ministry. It’s basically William’s Wish Wellington’s cranked all the way up to eleven. 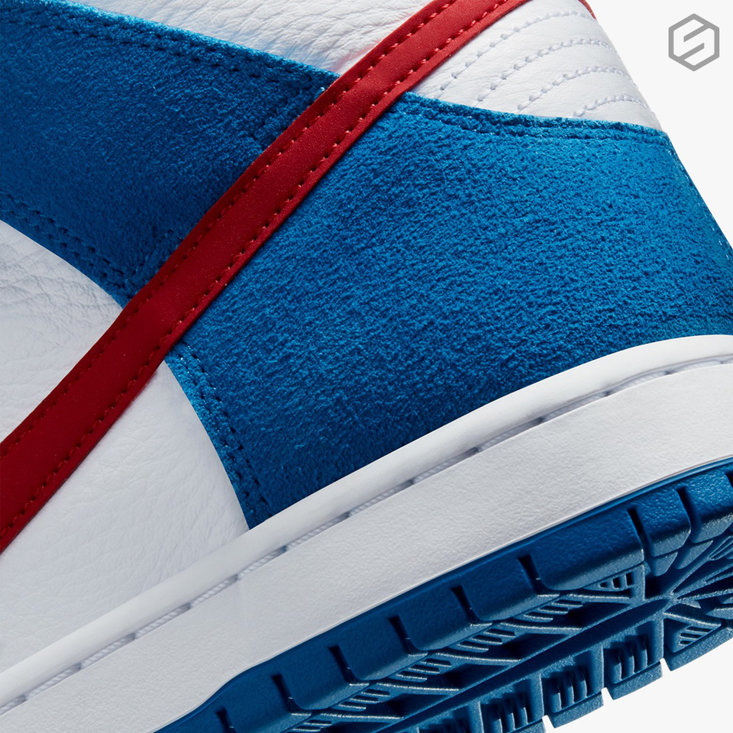 Now Nike are continuing a rich tradition of giving excellent fan service by paying tribute to the hugely influential manga icon with an incredible ‘Doraemon’ remaster of the SB Dunk. There’s never a dull moment in the world of the Nike SB Dunk remaster. In the past year we’ve already seen ones that change colour when it's hot and a particularly bonkers collaboration with Ben & Jerry’s, and the ‘Doraemon’ are shaping up to be just as snazzy. 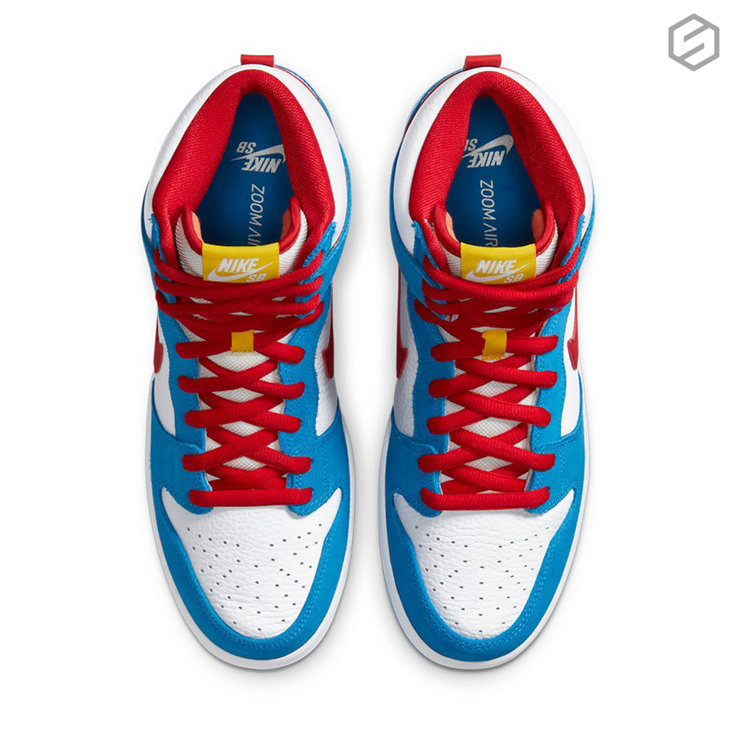 Doraemon has long been blue, white and red and so the SB Dunks follow suit with a similar colourway. The toeboxes, quarters and collars are constructed of white tumbled leather, with overlays, collar flaps and eyestays taking on blue suede, whilst the Swooshes, collar trim and laces are done up in bright red. The white mesh tongue features golden lace keepers and tags which are a nod to the signature bell on Doraemon’s collar. At the bottom, white midsoles and blue outsoles round off the look. 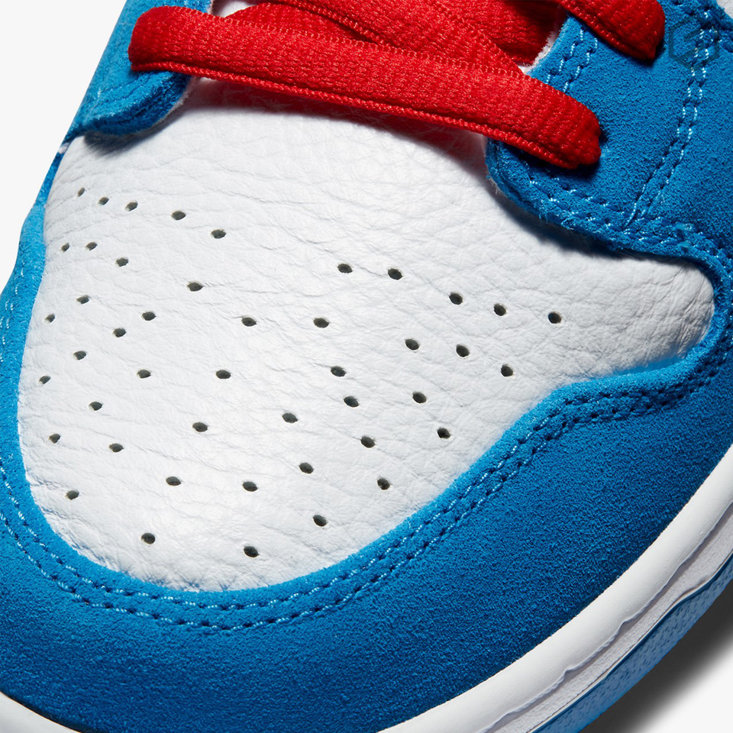 The SB Dunk “Doraemon” are set to be uber-exclusive and will see a limited, staggered rollout throughout September through skate shops, who will hold raffles for a chance to purchase, such as Atlas, Premier and Sparky Store. The retail price has yet to be announced. 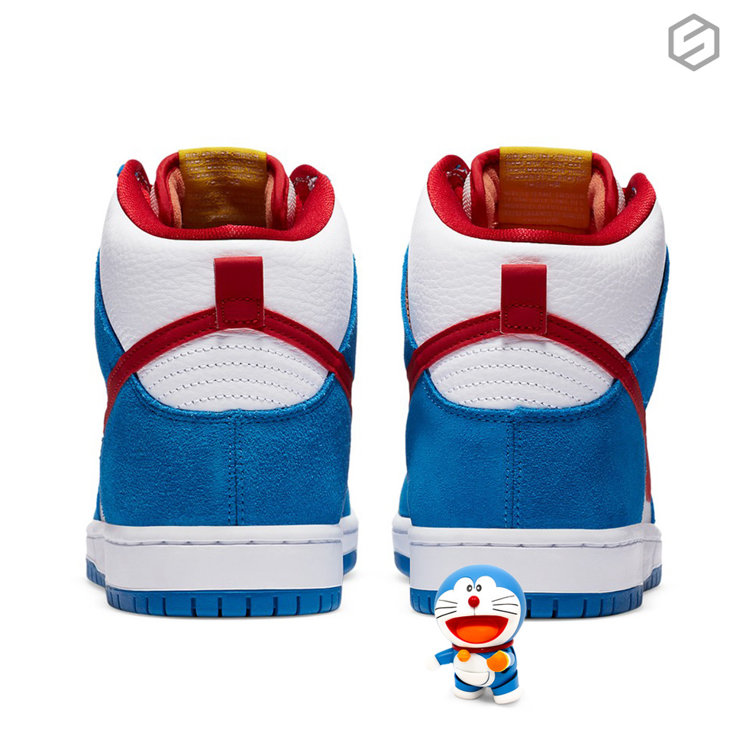