We love a good celebration. Especially one with a higher meaning. Which is why we can get right behind the latest Superstar colourway from adidas, which the sports fashion powerhouse are describing as “a celebration of inclusivity”.

As the saying goes, ‘Diversity is the mix. Inclusion is making the mix work’. And this latest drop certainly works for us. 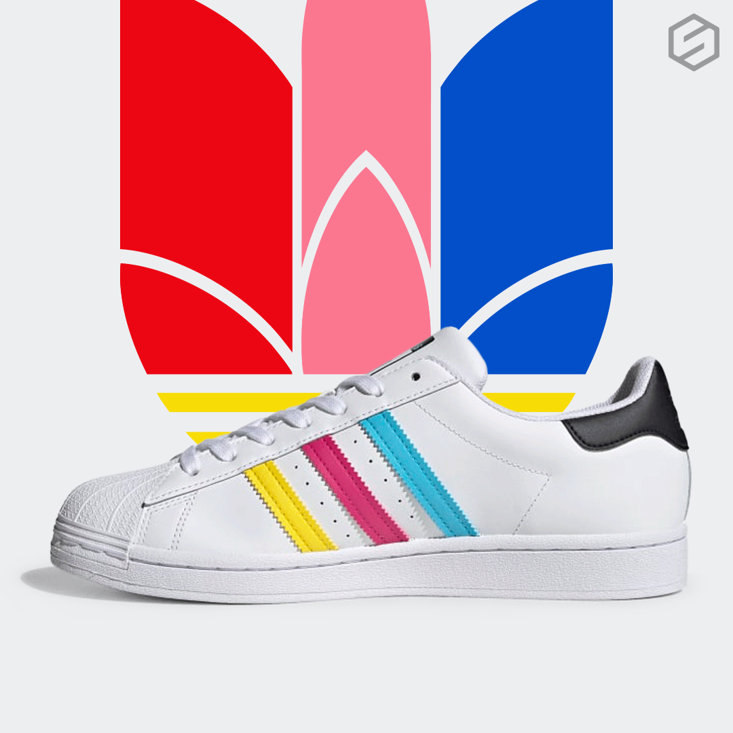 For the newest Superstar showing, adidas have fused colours, with full-leather, shell-toe trainers coming in two variations; ‘Cloud White’ or ‘Core Black’. The ‘Cloud White’ version is decorated with blue, red and green Three Stripes on one side and with cyan, pink and yellow on the other. The tongue and heel boast the 3D-trefoils in all six colours to emphasise inclusion, while the underfoot is cloud white just as it was when the Superstar was launched half a century ago. On the ‘Core Black,’ our personal favourite, the colours are much more subtle, with the stripes hidden behind a perforated layering. 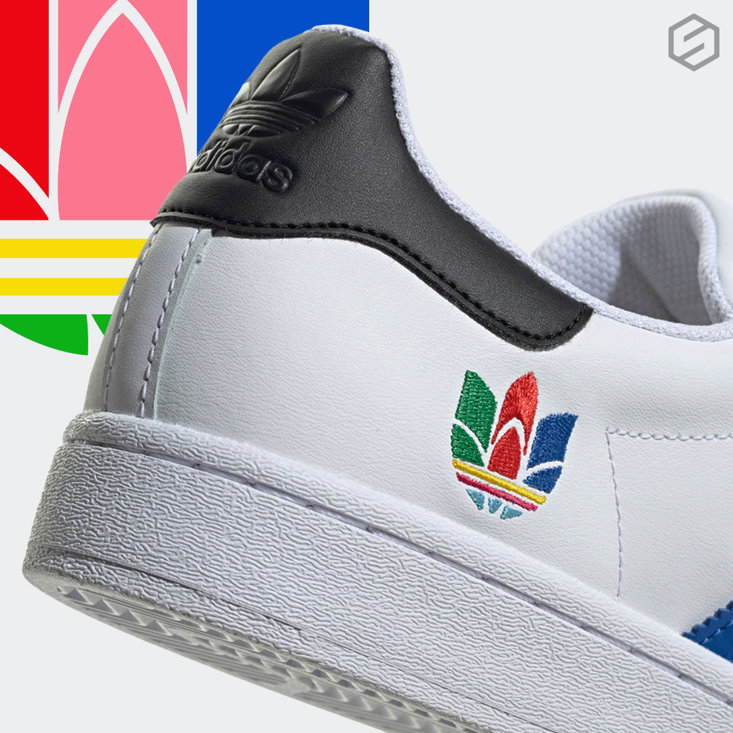 Collaborating with Prada as well as New Order and Pharrell Williams, this year adidas have joined forces with everyone from musicians to fashionistas to create some of the most eye-catching trainers over the last few months and their celebrations to mark 50 years of the Superstar brand are no different. One of the leaders in sneaker culture, the iconic trainer was originally released in 1970 as a low-top version of the Pro Model basketball shoe. Now, it has been transformed into the trendiest sneaker on the planet. 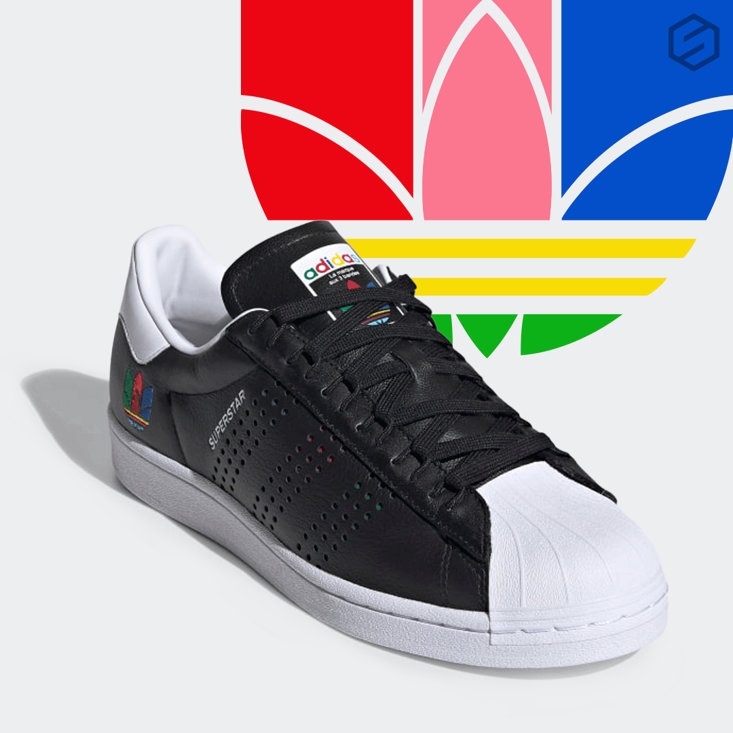 The ‘Cloud White’ and ‘Core Black’ Superstars are available at adidas.com and cost £70. 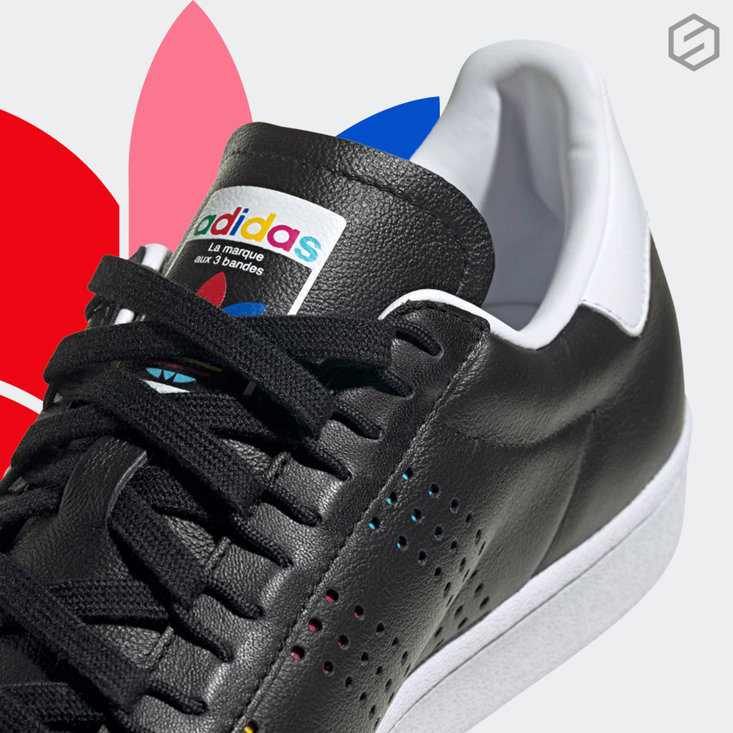